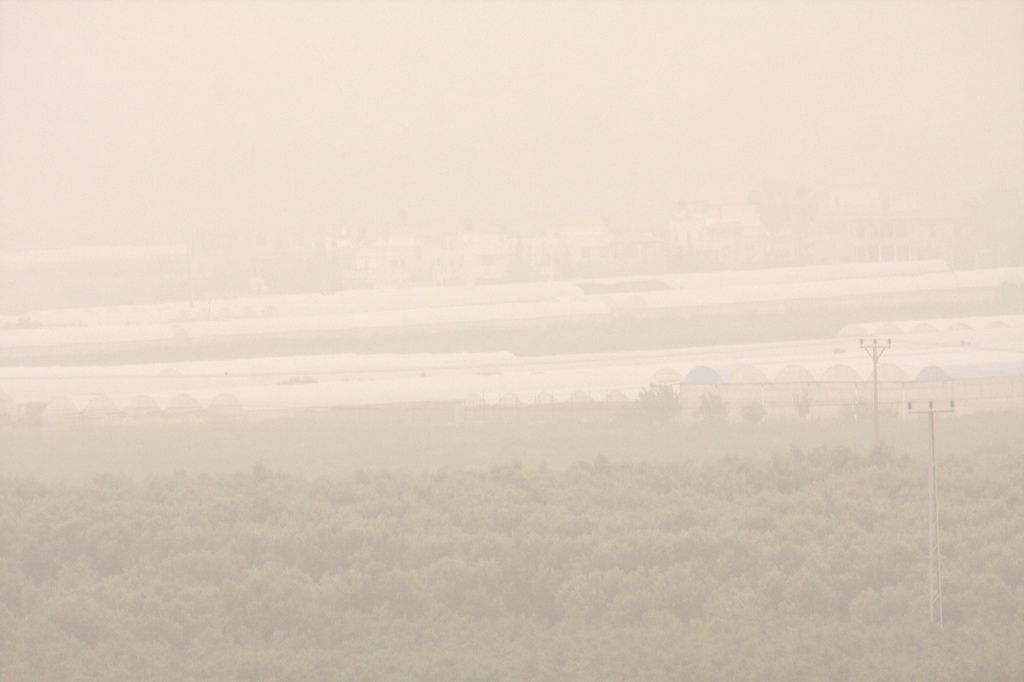 In a Changing Middle East, Israel and Saudi Arabia Cling Together

As unrest simmers in the Middle East and the United States edges toward detente with Iran, Israel and Saudi Arabia are trying to ride out the storm together.
By Carl Bloice | November 18, 2013

For years, Iranian Shiite pilgrims arriving in Saudi Arabia for the annual Hajj observance would hold a demonstration denouncing what they termed “enemies of Iran,” aimed particularly at Israel and the United States. A couple of times the protests resulted in violence.

One such occasion came July 31, 1987 when—for reasons that to this day are not entirely clear—a riot occurred. Saudi security forces crushed the demonstrators, but in the ensuing stampede over 400 people lost their lives and over 600 were wounded. A few days later, I encountered a clandestine leftist Saudi activist and asked what had happened. “We had nothing to do with it,” he said. “But the rulers are terrified. It showed that they no longer had complete control.”

Today, the kingdom’s rulers must look back on those days with envy. As the Saudi royals look out from their palaces in Riyadh, they see trouble everywhere. And they don’t have to look very far.

Despite the fact that Saudi Arabia has the Arab world’s largest economy, the unemployment rate for its citizens is 12 percent, much of it concentrated among the swelling ranks of young people. The royals recently decided to deal with the problem by expelling many of the country’s estimated 9 million migrant workers from Bangladesh, India, the Philippines, Nepal, Pakistan, and Yemen. According to the BBC, 30,000 Yemenis departed for their impoverished home country in the first 10 days of November alone. Nearly 1 million Yemenis live and work in Saudi Arabia, remitting close to $2 billion every year.

On November 10, fighting broke out between the angry migrants on one side and Saudi civilians and security forces on the other. At least two people were killed and 70 others injured, and over 500 migrant workers were arrested.

International media briefly covered the riot and the expulsions, but most of its attention has focused on Saudi unhappiness about any potential agreement between the United States and Iran over Tehran’s nuclear enrichment program. What the Saudis are really worried about is that any lessening of international tensions with Iran could have an impact on the internal stability of Saudi Arabia and its Gulf allies.

It’s a worry shared by the Israelis, who appear to have lost their veto power over U.S. diplomacy with Iran.

The Saudi monarchs’ crowns do not rest easy on their heads.

Nothing illustrates this clearer than the recent Saudi invasion of neighboring Bahrain. Two years ago, when Arab Spring protests spread to that country, the Saudis mobilized troops from the allied Gulf Coordinating Council, invaded Bahrain, and smashed the protests.

It was not the first time Saudi Arabia has dispatched troops into a neighboring country in an attempt to put down a perceived threat. In the fall of 2009, Riyadh launched an assault on Shiite Houthi rebels who control much of Saada province on the border with Saudi Arabia in neighboring Yemen. As with Bahrain, the Saudi excuse for the aggression was alleged Iranian influence in the area.

Of course, alleged Iranian influence is only part of the problem. “Saudi Arabia, perpetually in fear of chaos and instability, is a leading force in the counterrevolution against the Arab Spring,” explained Princeton Middle East scholar Bernard Haykel in the June 2011 issue of Foreign Affairs. “As a self-identified bulwark of stability and conservatism, Riyadh wants no change in the political structures or balance of power in the Middle East and is threatened by the potential emergence of representative forms of government in its neighborhood.”

David Gardner, international affairs editor at the Financial Times, recently piled on, identifying the Saudis’ two main fears: “the chaotic change wrought by the upheavals of the Arab awakening and the possibility of a U.S. rapprochement with Iran, its rival for Gulf control.”

Gardner believes the Saudis “happen to be on the right side on Syria, against a vile despot slaughtering his own people. But “that is not because they want democracy for the Syrians,” he continued. “It is because they wish to undermine Iran by bringing down its Syrian allies, the Assads, and because the Wahhabi fanaticism underpinning the Saudi state at home and abroad abominates the Shia as heretics.”

The right-wing government of Israeli Prime Minister Binyamin Netanyahu has also been thrown for a loop by the shifting sands in the region.

While there has been considerable coverage of the burgeoning alliance between Israel and Saudi Arabia, the extent to which it has evolved remains murky. According to Israeli television, “Israel is negotiating an unlikely diplomatic alliance with several Gulf and Arab states, including Saudi Arabia, to deal with Iran’s nuclear program.” According to the report, “High-profile Israeli and Gulf diplomats held a series of meetings overseen by Israeli Prime Minister Binyamin Netanyahu in the weeks leading to his speech to the UN General Assembly,” and a “high ranking official” from the Gulf even “came secretly to Israel to address growing concerns on Tehran’s nuclear program, following U.S. President Barack Obama’s decision to open a dialogue with his Iranian counterpart Hassan Rouhani.”

What the governments of Saudi Arabia and Israel fear most is not an Iran capable of producing a nuclear bomb, but rather the easing of the tension between the United States and Iran. “Shiite Iran is Sunni Saudi Arabia’s great rival in the region, and while a negotiated solution to end sanctions against Iran in return for assurances that it won’t be able to build a nuclear bomb is in the interests of the US and much of the world, the Saudis don’t see it that way,” wrote Dan Murphy in the Christian Science Monitor. “They, like Israel, want Iran to be economically and ultimately militarily crushed—not freed of the shackles of sanctions.”

The Israeli-Saudi alliance got a public airing in September when outgoing Israeli Ambassador Michael Oren told the United Nations General Assembly that “in the last 64 years there has probably never been a greater confluence of interest between us and several Gulf States. With these Gulf States we have agreements on Syria, on Egypt, on the Palestinian issue. We certainly have agreements on Iran. This is one of those opportunities presented by the Arab Spring.” Netanyahu himself told the UN, “The dangers of a nuclear-armed Iran and the emergence of other threats in our region have led many of our Arab neighbors to recognize, finally recognize, that Israel is not their enemy. And this affords us the opportunity to overcome the historic animosities and build new relationships, new friendships, new hopes.”

It goes without saying that the Saudis stand to lose more than a little credibility on the Arab street by openly allying with Israel, but they enjoy little already. And the optics of Israel’s burgeoning alliance with a repressive monarchy don’t look good for a country that likes to call itself the Middle East’s only democracy.

Political rights, after all, are a nonstarter in the kingdom, and social rights don’t fare any better. Women aren’t allowed to drive in Saudi Arabia and men who say publicly that they should are threatened with jail time. Public beheadings are common, and reportedly 69 people have been executed so far this year.

The kingdom came under fire in October over multiple human rights abuses, including its use of the death penalty and discrimination against women, in a report by United Nation Human Rights Council. “Many countries have problematic records, but Saudi Arabia stands out for its extraordinary high levels of repression and its failure to carry out its promises to the Human Rights Council,” said Joe Stork, Human Rights Watch deputy director for the Middle East.

But as unsavory as it may look, Israel and Saudi Arabia—and their backers in Washington—have likely decided that they need all the help they can get.

In the weeks and months ahead, we probably won’t hear much talk about human rights in the Gulf states, not even from the liberal interventionists and neo-conservatives always anxious to invade other countries under the banner of bringing “freedom” and “democracy.” Nor from the Israeli lobby in Washington or from Republican critics of the Obama administration like Lindsey Graham and John McCain. Nor from House Intelligence Committee Chair Mike Rogers, who recently spoke of “critical issues” that for the Saudis and others have “rattled their faith in the administration’s ability to protect them in a very dangerous world.”

A dangerous world makes for strange bedfellows. But neither Israel nor Saudi Arabia wants to see the bedding changed.

Carl Bloice
FPIF columnist Carl Bloice, a member of the National Coordinating Committee of the Committees of Correspondence for Democracy and Socialism, is a columnist for the Black Commentator. He also serves on its editorial board.