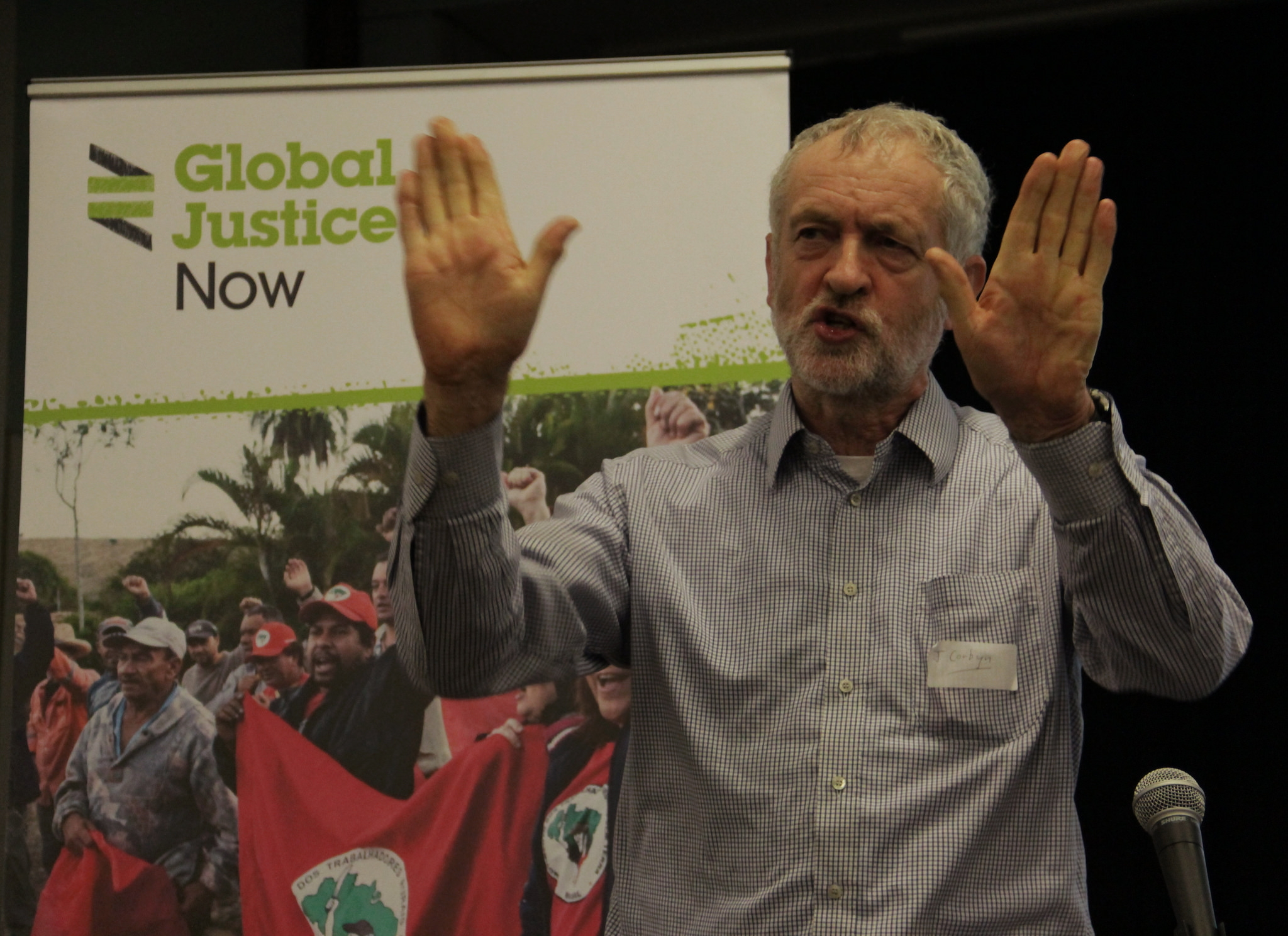 Channeling FDR in the UK

The UK Labor Party has revived an FDR-era aspiration of imposing a maximum wage on the highest earners, among other radical proposals to stem inequality.
By Sam Pizzigati | January 18, 2017

In 1942, Franklin Roosevelt advanced what may have been the most politically daring policy proposal of his entire presidency. FDR called for the equivalent of a maximum wage. No individual American after paying taxes, Roosevelt declared, should have an income over $25,000, about $370,000 today.

A half-century later, in 1992, Bernie Sanders — then a relatively new member of the House of Representatives — marked the 50th anniversary of FDR’s maximum wage initiative. Sanders placed a commentary on FDR’s 1942 proposal in the Congressional Record.

“There ought to be a maximum wage,” Corbyn told The Herald, a Scottish newspaper. “The levels of inequality in Britain are getting worse.”

The Labor Party leader repeated that call for “some kind of high-earnings cap” the same day in a radio interview with the BBC.

“We cannot set ourselves as being a sort of grossly unequal bargain basement economy on the shores of Europe,” Corbyn explained. “If we want to live in a more egalitarian society and fund our public services, we cannot go on creating worse levels of inequality.”

Corbyn didn’t have the time in his early Tuesday media interviews to spell out any specifics on the income cap he had in mind. He did have that time later in the day when he delivered a major policy address in Peterborough, a small city north of London.

Corbyn’s address pledged the Labor Party to creating “a more equal country, in which power and wealth is more fairly shared amongst our communities,” and then outlined a variety of initiatives to build that “genuinely inclusive society.”

The UK needed, Corbyn noted, a National Investment Bank to rebuild regional economies and mandates that require collective bargaining in key economic sectors “so that workers cannot be undercut.” The national minimum wage, he added, should be raised high enough to become a true living wage.

But the UK, Corbyn stressed, needed to do much more than “tackle low pay at the bottom.”

“We also have to address the excess,” he pointed out, “that drives that poverty pay that leaves millions of people in poverty even though they work.”

Where to start confronting that excess? A Labor government, Corbyn related, would deny government contracts to corporations that pay their top execs over 20 times what they pay their workers. Top UK execs currently take home nearly 150 times what average workers earn.

“It cannot be right,” the Labour Party leader declared, “that if companies are getting public money, that that can be creamed off by a few at the top.”

What else could government do to crack down on excess income at the top? Corbyn’s address listed an ambitious set of possibilities.

Companies that don’t pay any executive more than a modest multiple of the pay of the company’s lowest earners could get a reduced rate on their corporate taxes. The government — by making company pay ratio data publicly available — could also encourage consumers to patronize companies with modest pay gaps.

And the government could help stop excess at its source by mandating that top executive pay “be signed off by remuneration committees on which workers have a majority.” A more traditional egalitarian move — raising the income tax rate on top 1 percent incomes — could help slim down any windfall annual “earnings” not covered by other reforms.

In other words, Corbyn’s address summed up, we have “many options.”

“But what we cannot accept,” the Labor leader stressed, “is a society in which a few earn in two and a bit days what a nurse, a shop worker, a teacher do in a year. That cannot be right.”

Britain’s conservative media outlets, predictably enough, almost immediately subjected Corbyn and his egalitarian pronouncements to some maximum abuse. They ridiculed his sentiments as an “attempt to ‘reboot’ marred by confusion and contradictions.”

Franklin Roosevelt’s critics made the same sort of hyper-ventilating attacks 75 years ago when FDR proposed his cap on the income of the awesomely affluent. In the end, Roosevelt didn’t get from Congress everything he wanted on the pay-cap front. But the political courage he showed helped pave the way for the much more equal — and average-people friendly — America of the mid-20th century.

Jeremy Corbyn, to be sure, may well have some envy in him. Not for the rich, of course. For FDR.