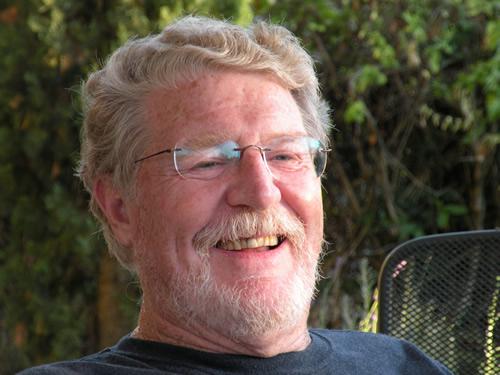 Chavez: Lest We Forget

Comparing Hugo Chavez's accomplishments to his U.S. obits was like taking a trip through Alice's looking glass.
By Conn Hallinan | March 11, 2013 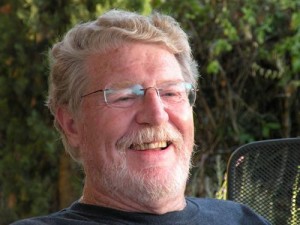 In early December 2001, I was searching through my files looking for a column topic. At the time I was writing on foreign policy for the San Francisco Examiner, one of the town’s two dailies. A back page clip I had filed and forgotten caught my attention: on November 7 the National Security Agency, the Pentagon, and the U.S. State Department had convened a two-day meeting on U.S. policy toward Venezuela. My first thought was, “Uh, oh.”

I knew something about those kinds of meetings. There was one in 1953 just before the CIA and British intelligence engineered the coup in Iran that put the despicable Shah into power. Same thing for the 1963 coup in South Vietnam and the 1973 coup against Salvador Allende in Chile.

Chavez had reaped the ire of the Bush administration when, during a speech condemning the 2001 attack on the World Trade Center and the Pentagon, he questioned whether bombing Afghanistan in retaliation was a good idea. Chavez called it “fighting terrorism with terrorism”—not a savvy choice of words, but in retrospect, spot on. The invasion of Afghanistan and the subsequent Iraq War have visited widespread terror on the populations of both countries and proved utterly disastrous for the United States. Upwards of a million Iraqis died as a direct and indirect effect of the war, and 5 million were turned into refugees. And the bloodshed is far from over. Much the same—albeit on a smaller scale—is happening to the Afghans.

Would that we had paid Chavez some attention.

But for the Bush administration, Chavez’s statement presented an opportunity to rid itself of a troublesome voice. In came the White House’s Latin America “A Team.”

The top gun in that odious outfit was Otto Reich, assistant secretary of state for western hemispheric affairs and the Reagan administration’s point man for the 1981-87 Contra War against Nicaragua. The General Accounting Office had nailed Reich during the 1986 Iran-Contra scandal for “prohibited covert propaganda,” planting false stories and opinion pieces in newspapers. A Cuban exile, Reich had helped spring Orlando Bosch in 1987 from a Venezuelan prison where Bosch was in jail for bombing a civilian Cuban airliner and killing 73 people.

Rogelio Pardo-Maurer, deputy assistant secretary of defense for western hemisphere affairs, another Cuban exile and former chief of staff for the Contras, was the Pentagon side of the team.

While Reich met with civilian opponents of Chavez and conservative businessman Pedro Carmona, Pardo-Maurer huddled with military leaders, including General Lucas Romero Rincon. Carmona and Rincon would play a key role in the April 11, 2002 coup against Chavez. The National Endowment for Democracy and United States Agency for International Development were also supporting Chavez’s opponents with money and advice, and both organizations have long histories of subversion and covert operations.

I had no special information about the possibility of a coup, but it didn’t take a crystal ball to see that the armies of the night were on the move. So I wrote a column titled “Coup in the Wind” that laid out the meetings, identified the actors, and reminded readers that the United States has a long and sordid history of organizing and supporting coups in Latin America.

A little more than three and a half months later, the plotters arrested Chavez, suspended the constitution, dissolved the legislature, dismissed the Supreme Court, the Attorney General, and the National Election Commission, and fired provincial governors. We had seen this all before, and I flinched at what I thought would inevitably follow: executions, death squads, “disappeared” opponents, smashed unions, and a cowed population. But 2002 in Venezuela was not 1954 in Guatemala, 1964 in Brazil, 1973 in Chile, or 1976 in Argentina. Chavez had lifted millions of people out of poverty, opened schools, increased literacy, and tackled malnutrition. In vast numbers those people rose up, and for the first time in Latin American history, a coup was overturned.

Three days after Chavez was returned to office, Martha Honey at Foreign Policy In Focus sent me an email saying she liked the coup column and would I consider writing a follow-up for FPIF? I knew all about Martha Honey and her husband, Tony Avirgan. As reporters for the Costa Rican Tico Times, they had uncovered much of the Iran-Contra plot and were legends in the alternative press. I also knew about FPIF. It is hard to write sensible things about U.S. foreign policy without it. So I did a piece called “Anatomy of a Coup” detailing U.S. support for the plotters. Since then I have written over 200 columns, so in a way it was Hugo Chavez that landed me at FPIF.

Today, according to its Gini Coefficient, Venezuela has the lowest rate of inequality in Latin America. Poverty has been reduced to 21 percent, and extreme poverty from 40 percent to 7.3 percent. Illiteracy has been eliminated and, proportionally, Venezuela is number two in Latin America for the number of university students. Infant mortality has dropped from 25 per 1,000 to 13 per 1,000, the same as it is for black Americans. Chavez’s government increased the number of health clinics by 169.6 percent, and hands out free food to 5 million Venezuelans. Take a moment to read “The Achievements of Hugo Chavez” by public health experts Carles Muntaner, Joan Benach, and Maria Paez Victor in CounterPunch.

Through the Looking Glass

But comparing the man’s accomplishments to his U.S. obits was like taking a trip through Alice’s looking glass. Virtually none of the information about poverty and illiteracy was included, and when it was grudgingly admitted that he did have programs for the poor, it was “balanced” with claims of soaring debts, widespread shortages, rampant crime, economic chaos, and “authoritarianism.”

Venezuela’s debt as a percentage of gross domestic product is lower than that of the United States or Europe. Inflation has fallen to a four-year low. There is crime, but neighboring Colombia is far more dangerous, particularly if you happen to be a trade unionist. And more people in Venezuela are eating better than they have ever eaten in the history of the country. Over the past decade growth has averaged 4. 3 percent, and joblessness dropped from 11.3 percent to 7.7 percent. Americans would kill for those figures.

As for being an “authoritarian,” most the country’s media is venomously anti-Chavez and publishes regularly, and Chavez’s opponents hold weekly rallies and protests. Want to try that in U.S. ally Honduras (or Saudi Arabia, Bahrain, United Arab Emirates, etc.)?

The old Venezuelan elites—aided by the Washington—will now attempt to turn the clock back to 1997, the year before Chavez took over. But that will not be easy. Millions of Venezuelans have been brought into the democratic process and will not cede power without a fight. Once people have better housing, schools, nutrition, jobs, and health care, it is very difficult to take those things away. Chavez handed a better life to the vast majority of Venezuelans, and, as they demonstrated in April 2002, they are perfectly able to defend those gains.

“Charismatic and idiosyncratic, capable of building friendships. Communicating to the masses as few other leaders ever have, Mr. Chavez will be missed,” is the way former Brazilian president Luiz Inacio Lula da Silva put it.

He will be missed, indeed.