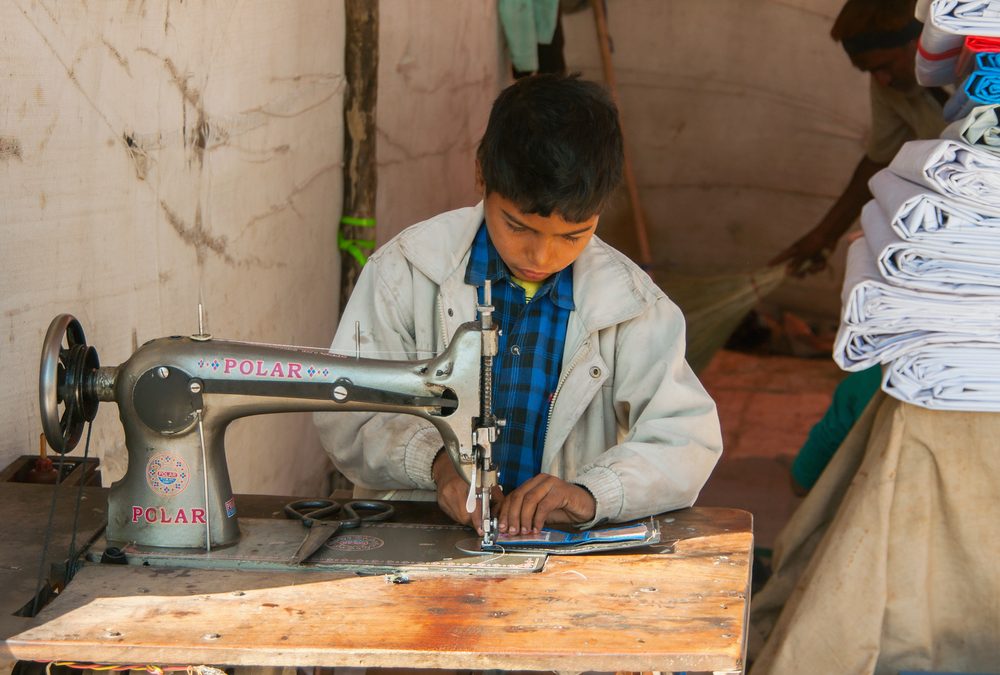 Child Labor is Growing: Which Side Are Democracies On?

This is the Year for the Elimination of Child Labor. What can democracies do to make this a reality?
By Timothy Ryan | September 23, 2021

Two years ago, when Brazilian President Jair Bolsonaro favorably promoted the idea of labor for children as young as eight or nine, his minister for Human Rights, Family, and Women shot back: “Let us be clear that for children to work is a violation of their rights, something that cannot be allowed.” The Brazilian National Forum for the Prevention and Eradication of Child Labour publicly expressed “its vehement repudiation of the statement of Mr. Jair Bolsonaro…The declaration reveals a total disregard for the 1988 Federal Constitution…which prohibits all forms of child labour under the age of 16.”

According to the International Labor Organization’s latest report last fall, despite years of declining rates worldwide, child labor is indeed on the rise again. And the increase began before COVID exacerbated the situation.

Shortly before Bolsonaro issued his statement, more than a dozen anti-child labor organizations from Central and South America came together in Costa Rica to take stock of the struggle and make plans for 2021, the UN-designated Year for the Elimination of Child Labor. One challenge had become clear: the surge in right-wing authoritarian governments across Latin America has threatened years of progress.

“This is particularly worrying,” said Kailash Satyarthi, founder of the Global March Against Child Labor, in 2019, “since Latin America has seen some of the most significant progress over the past decade to eliminate child labor.” Satyarthi won the Nobel Peace Prize in 2014 for his decades of rescuing tens of thousands of child laborers and advocating for the rights of children.

From the viciously anti-civil rights platform of Bolsonaro to the string of authoritarian governments coming to power in Central America, child labor activists in the region feel embattled and under pressure. The forum participants from Nicaragua said flatly they would not be able to hold such a meeting of child labor groups in the current atmosphere in their country. Fortunately, the government of Costa Rica remains committed to this process and aspires to be the first country in the world to eliminate child labor.

But this trend isn’t limited to the Americas. It’s been axiomatic that everywhere right-wing authoritarians have recently gained power they have attacked basic civil liberties including human and labor rights. And child labor is the canary in the coal-mine of all other labor rights violations.

This year’s focus on child labor by the UN affords organizations like the Global March important advocacy opportunities. Two that were discussed in advance of the UN General Assembly meeting in September, and one now on the agenda of the International Labor Organization, offer democratic countries the opportunity to distinguish themselves from the authoritarians and dictators.

The first of these, promoted by the International Trade Union Confederation (ITUC), the trade union umbrella organization representing 200 million workers worldwide, is the Global Fund for Social Protection. This is an effort to institutionalize more defined social safety net investments by governments and help poorer countries to protect marginalized workers. “The time has come to extend social protection to the half of the world’s people who have none and to the almost 20 percent who only have only partial coverage,” says Sharan Burrow, ITUC general secretary. “Many governments are finally having to recognise the urgency of social protection—including unemployment protection for people who have lost their livelihoods, paid sickness benefits, and access to healthcare.”

The second campaign, led by Satyarthi and supported by child labor groups around the world including the Global March, is the call for a “Fair Share for Children.” Such provisions in the national budgets of all governments would address child rights, including child labor, and provide universal quality education for all.

The inequities and inequalities these initiatives were formulated to address were immensely important pre-COVID. Now with child labor again on the rise and the pandemic affecting hundreds of millions of workers and their families, the adoption of these policies is critical.

So, when it comes to child labor, this is an opportunity for democracies to demonstrate which side they are on. Although the challenge is steep for poorer countries, the issue here isn’t about rich countries versus poor countries—it’s about the values of liberal democracy and human rights versus totalitarian impulses in countries that may also be wealthy. Beyond the UN and the ILO, the G20 presents another challenge to address this issue. South Africa, the UK, Germany, and France are some of the democracies that presumably are taking these questions seriously. But the G20 also includes Brazil, China, Russia, Saudi Arabia, and Turkey where relative wealth has little to do with how repressive their regimes are.

With the new Biden administration bringing into the government many progressive voices on labor and human rights, it will be interesting to see which way the United States goes on these questions. The Department of Labor has demonstrated a long-term commitment to supporting organizations fighting child labor. But with these new policy options on the table, will democracies commit to practical, progressive alternatives or side with the authoritarians?

Timothy Ryan is the chairperson of the Global March Against Child Labour. His labor journalism has appeared in Thomson-Reuters, Huffington Post, Foreign Policy, and Harper’s.