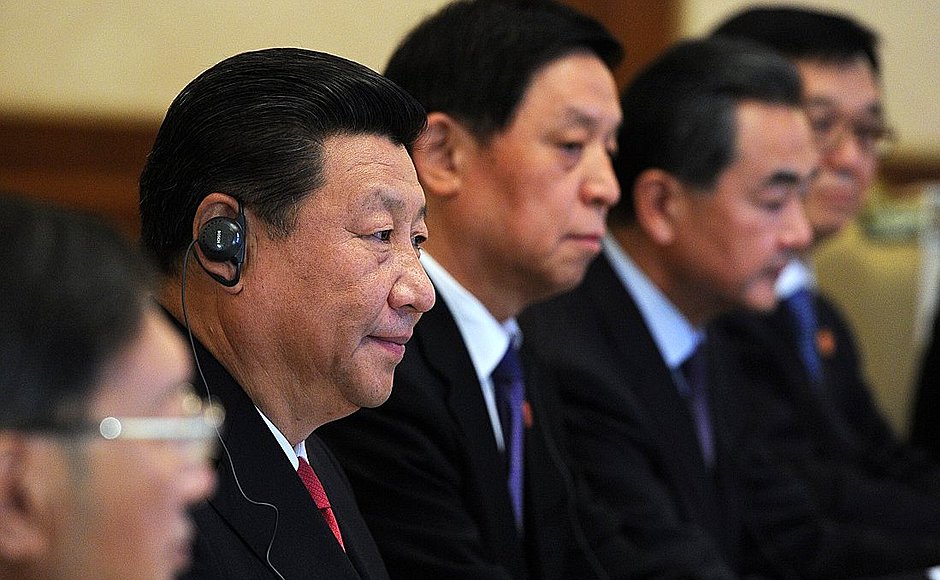 China on the Defensive?

It has not been a good month for China.

On July 12, an international court of arbitration at The Hague handed the Philippines a huge victory over China in the struggle over the South China Sea. A few days before that, South Korea decided to go forward with the deployment of the US Army’s Terminal High Altitude Area Defense System (THAAD), a move that Beijing has consistently opposed.

And then there’s the economy. Last summer’s stock market crash in China fueled speculation that the country would experience a recession in 2016. That didn’t happen. In the second quarter of this year, the Chinese economy posted 6.7 percent growth, down from the double-digit growth spurts of the 2000s but still respectable.

Still, this number is deceptive. The state has been investing heavily into the economy to keep growth rates stable. In 2011, private sector investment was growing at around 40 percent. For the first half of 2016, it was a mere 2.8 percent. To make up the gap, the Chinese state has poured money into infrastructure development. Such a pump-priming strategy is sensible, but China will also likely increase its military expenditures after the decision on THAAD and the ruling at The Hague. Large outlays on guns and butter are not sustainable in the long run.

None of this is good news for Chinese President Xi Jinping. China has long been hoping to secure as much of the South China Sea as possible through its “nine-dash-line” policy, which has included the transformation of rocks into islands and the aggressive challenge to the territorial claims of other countries in the region. The Philippines brought suit against China under the terms of the UN Convention on the Law of the Seas. The Hague Tribunal ruled against China’s expansive definition of its sovereign control of sea and declared that the modified rocks do not qualify as islands.

The Hague ruling has produced an enormous – and state-encouraged – nationalist backlash within China. But this short-term boost for Xi can’t obscure the growing unease in political circles.

In March, an anonymous letter by “loyal Communist Party members” urged the premier to step down. Many in the Party are unhappy with Xi’s anti-corruption campaign. And reformers have watched as the state has shut down their media outlets, including most recently the monthly magazine Yanhuang Chunqiu.

In the short term, Xi can rely on nationalist outrage at the Hague ruling. He can portray China as the victim of a containment strategy orchestrated by the United States with the help of South Korea through means such as THAAD.

But ultimately the Chinese leader needs to deliver on the economic side. And this means turning his Silk Road rhetoric into reality.

Through its various Silk Road initiatives, Beijing has linked the prosperity of its own citizens with the economic advancement of neighboring countries. This vision is a step up from the previous aid-and-trade approach. The Silk Road Belt, with its investments into high-speed transport and cultural exchanges, offers a kind of Marshall Plan scenario for countries that have yet to plug into the global economy, such as the states of Central Asia. The new high-speed routes will also shorten the shipping time for goods between China and Europe from 36 to 26 days.

But the Silk Road initiatives also have a profound significance for South Korea. Compared to 10 years ago, according to a Bank of Korea report, Chinese economic growth now has three times greater impact on the South Korean economy than either U.S. or Japanese growth. In part, this is because trade between China and South Korea has increased dramatically. China is now South Korea’s largest trade partner, while South Korea is China’s second largest partner. The THAAD decision has thus far not had an impact on trade.

But the South China Sea dispute has put a damper on China’s Maritime Silk Road. Agreements with Philippines are on hold. Trade with Southeast Asia has declined, and Japan has replaced China as the leading source of infrastructure development funds in the ASEAN countries.

Both China and Xi Jinping now face a critical decision.

Xi must decide if his efforts to secure “great power” status for China in the security realm is worth sacrificing the regional economic growth that will ultimately provide the foundation for sustainable prosperity for China itself. This will mean tacking more in the direction of the Deng Xiaoping wing of the Party, which is more pragmatic and economy-oriented. It will mean negotiating a face-saving compromise with the countries around the South China Sea, particularly the Philippines and Vietnam. And it will mean continuing to hold back from retaliating against South Korea for the THAAD decision. If Xi can’t stabilize the Chinese economy and ensure high growth, he will face increased dissent within the Party.

China, meanwhile, must choose between the 19th and the 21st century. It can go back to a narrow understanding of power by asserting its maximalist claims in the South China Sea, turning its back on the rulings of international legal institutions, and encouraging the more nationalist impulses of its citizens. This is certainly a valid strategy. Some European countries and even the United States are now flirting with such 19th-century visions of “nationalist revival.”

Or China can go in a different direction. It can translate its Silk Road projects into authentic regional integration strategies. It can expand its sustainable energy projects – solar, wind – to the region as a whole to create a Green Silk Road. And it can do all this in a way to strengthen rather than dilute international law.

Over the last month, China has taken a few steps backward. But, as the saying goes, it might be doing so in order to gather the strength to leap further forward into the 21st century.