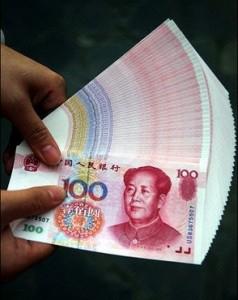 China and the U.S. Debt

China is rightly critical of U.S. economic behavior. But it should also be looking more carefully at its own economic challenges.
By Vivian Yang | August 19, 2011

On August 2, after a long partisan stalemate, the Senate finally agreed to lift the $14.3 trillion debt ceiling. President Obama then signed the bill, thus avoiding a near-crisis that would have enormous repercussions around the world. This bill, as The New York Times puts it, signals “a pronounced shift in fiscal policy, from the heavy spending on economic stimulus and warfare to a regime of steep spending cuts aimed at reducing the deficits.”

The debate over the debt has generated as much international interest as domestic controversy. China, the largest U.S. foreign creditor with about $1.2 trillion of U.S. government debt, is undoubtedly the most relevant actor. As the largest U.S. foreign creditor, China has a huge stake in ensuring the safety of its investments in U.S. treasury bills.

Having closely observed the U.S. debt turmoil, China has likely concluded that the U.S. economy is in deep trouble and that full economic recovery might take quite some time. The Chinese, on the contrary, are convinced that their economy is on the rise. Consequently, they are more vocal than before when it comes to pointing fingers at U.S. economic behavior.

Before August 2, when the debt deal was still up in the air, the Chinese government cautiously voiced its concerns, saying it had confidence in the U.S. government to avoid default. After Standard & Poor’s downgrading of U.S. long-term debt from AAA to AA+, however, Beijing could not hold it anymore. China’s official Xinhua news agency published a harshly worded English commentary on August 6, stating that “the days when the debt-ridden Uncle Sam could leisurely squander unlimited overseas borrowing appeared to be numbered” and that China has every right to “demand the United States to address its structural debt problems and ensure the safety of China’s dollar assets.” It urged the United States to “cure its addiction to debts” and “reestablish the common sense principle that one should live within its means.”

Ordinary Chinese have not taken the downgrading and U.S. debt issue lightly either. On the Chinese version of Twitter, the Sina blog, for instance, one blogger complained, that the U.S. downgrading of its long-term debt could jeopardize Chinese foreign exchange reserve. Another more indignant blogger wrote that the United States “owed every Chinese citizen 5,700 RMB.”

Naturally, the Chinese, from whom the U.S. government borrows massively, feel like teaching Uncle Sam some lessons. For one, the Chinese government urges the United States to be more responsible. According to People’s Daily, the Chinese Communist Party (CCP)’s mouth piece, the People’s Bank of China governor Zhou Xiaochuan, when interviewed by the Financial Times, stated that the U.S. government and Congress should take responsible measures in handling the debt issue so as to ensure the safety of investment in U.S. treasury bills. On a harsher note, according to The New York Times, Beijing has called on Washington to make substantial cuts to its “gigantic military expenditure” and its “bloated social welfare” programs.

Chinese scholars have also voiced their opinions. Take, for example, Xiang Songzuo, deputy director of the Institute of International Currency Studies at Renmin University, who believes that the United States should provide “exchange loss and inflation loss warranty for China’s investment in U.S. treasury bills.” He also urges the United States to open its foreign direct investment market to China. In short, both the Chinese government and academia would most likely agree with what David Rothkopf from Foreign Policy has written: “celebrating the pending debt-ceiling deal is like a cancer patient in a burning house surrounded by hostile troops celebrating finding his empty wallet.” To the Chinese, reaching a debt deal is not the end of the problem. Rather, the United States should shoulder the responsibility of tackling its debt problems and ensuring the interests of its creditors, namely China.

What China Has Learned

After all the finger-pointing, the Chinese should learn their own lessons. Although the CCP might feel superior to the United States on economic policy, it does acknowledge the problems with holding too much U.S. debt, which subjects it to fluctuations in the U.S. security market and the possible devaluation of the dollar.

The U.S. debt debate has only reinforced Chinese anxieties over financial security. According to central banker Zhou Xiaochuan, China should “continue the principle of investment diversification regarding its foreign exchange reserve and strengthen risk management.” Xiang Songzuo from Renmin University raises an even more ambitious plan: the “internationalization” of RMB—China’s currency. In other words, the RMB should become a world currency, a substitute for the dollar. That said, however, given the looming debt on the European continent, there is not much room for China to diversify its investment in Europe, nor is it easy for the RMB to become internationalized.

At a deeper level, however, the problems that China faces involve its export-oriented economic growth model. According to Professor Patrick Chovanec of Tsinghua University, China’s growth model for the past 30 years has relied in large part on running a trade surplus. The export profit flows into China and piles up, mostly in dollar form. The Chinese government buys up these dollars and invests them in U.S. treasury market, because even with the S&P downgrading, the U.S. market is still the largest and most liquid. Chovanec believes that as long as China does not change its export-driven growth model and continues to accumulate the reserves, it has no choice but to keep buying treasury bills, leading to a vicious circle. Also, since China’s economic growth largely derives from its export industry, it is easily affected by the global economy. For instance, the U.S. debt deal requires the United States to cut deficit spending, which might lead to a decrease in U.S. imports that would hurt the Chinese economy. China’s stock market plunged on August 8, as investors worried that the recent stock market drop in the United States and Europe would reduce demand for Chinese exports.

The CCP is well aware of problems with China’s export-oriented growth model and tries to adopt different policies such as boosting domestic consumer spending. In October 2010, the CCP released its 12th Five-Year Plan, the CCP’s principal guideline for China’s economic development. In this document, one of the key tasks is to “establish long term mechanism of expanding domestic demand” and “gradually make the overall size of domestic market rank among the largest internationally.”

Policy objectives, however, are by no means magic bullets. China’s economic transition is fraught with difficulties. China needs to boost domestic consumption, argues Chovanec, but China’s relatively low average household income reduces its purchasing power. It should also reorient the economy, but strong, vested interests support the status quo. “There is no threat to China from the United States,” observes Edward Friedman, a China expert at the University of Wisconsin-Madison. “If there are any threats to China’s rise, they lie inside China, i.e., local greed and conservative politics.” With GDP growth the major indicator of local officials’ performance, it’s in their best interests to form close relations with local enterprises, many of whom are the beneficiaries of the current model. In order to derive benefits from these businesses and maintain good performance, the local bureaucracy does not want to implement policies that will bring down GDP growth, thus making it difficult for the center to achieve economic transition.

Difficult though it might be, China’s economic transition is not impossible. The CCP can still realize the danger of bureaucratic and crony capitalism — the unsustainable paths China now seems to be taking — and choose a third way that can sustain China’s development.

In the new model, both manufacturing and domestic consumption can thrive. For instance, China can have it both ways through a geographic reorientation of its economy. China should relocate its manufacturing industries to inland provinces where manufacturers can take advantage of the relative cheap labor. As domestic consumption rises, these industries can balance out their exports and domestic markets. Of course, the Chinese government should improve basic infrastructure and adopt policies that benefit manufacturers who are willing to relocate to inland provinces, such as tax holidays and land provision.

Environmental problems, if not properly tackled, will remain daunting. As Jonathan Watts points out, China has become the world’s largest energy consumer and greenhouse gas emitter. Pollution, overuse, and drought add to the problem of water shortage in northern and northwestern China. Although the CCP has been trying to solve environmental problems by tinkering with the supply side by investing in solar and wind power, more should be done on the demand side by reducing the resource demands of consumers and manufacturers. These problems will not vanish automatically with a successful transition to a consumption-oriented economy. Indeed, the wealthier Chinese population will only want to consume more resources, which will in turn place a greater burden on the environment. The CCP thus has two crucial tasks to accomplish simultaneously: increasing domestic demand while minimizing its negative environmental repercussions.

One possible solution lies in encouraging coastal provinces to focus on the service sector and high value-added high-tech industries. Stephen Roach, a senior research fellow at Yale University, believes that services are the “antidote” to labor-saving manufacturing-led growth. The high-tech industries might in turn help alleviate the energy and environmental problems the inland manufacturing industries pose.

Besides geographical and structural reorientation, to boost domestic consumption, the government should encourage rural entrepreneurship which can increase household income. According to Michael Pettis at the Carnegie Endowment for International Peace, consumption grew quickly over the past two decades, but not as quickly as China’s economy. China’s consumption share of GDP continues to decrease, reaching a low point of 35.1 percent in 2009. Without growing household income, ordinary people cannot afford manufactured goods.

One way to increase household income is rural entrepreneurship. In his provocative book Capitalism with Chinese Characteristics, MIT professor Yasheng Huang points out that policies in favor of rural entrepreneurs created China’s fantastic growth in the 1980s. He believes that Chinese capitalism is of rural origin: many large private manufacturers come from China’s backward agricultural provinces. For example, in 1982 the Liu Yongxing and Liu Yonghao brothers abandoned the city to start a business of breeding quails and chickens in the rural part of Sichuan province. Today, it is China’s largest agribusiness firm with wealth totaling $1 billion. In the 1990s, however, China reversed its policies to re-emphasize urban industries and state-owned enterprises. Consequently, the positive effect of rural entrepreneurship in increasing household income, especially in rural areas, largely disappeared. The CCP needs to rediscover the importance of rural entrepreneurship so as to increase employment rate, household income, domestic consumption, and the social stability it so desires.

The U.S. debt problem and looming “double dip” certainly are not good news to China, yet they do trigger a rethinking of China’s growth model. China is right to urge the United States to be more responsible, but China too must put its own house in order. The CCP should have the political will to rid its entrenched interests and adopt correct policies that will sustain its economy. After all, a domestically oriented growth pattern will benefit both China and the United States.