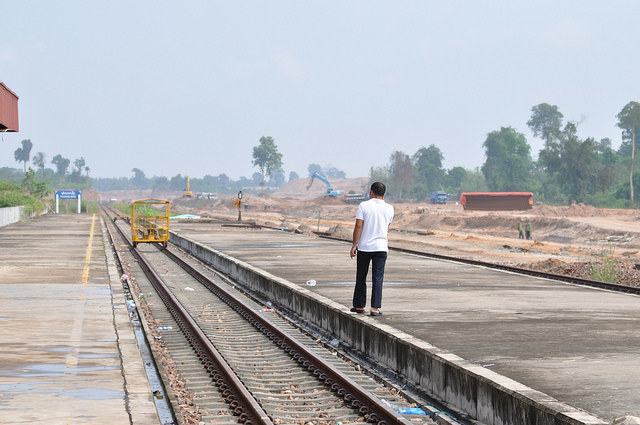 China’s Belt and Road initiative(BRI) seeks to facilitate political and economic cooperation among Eurasian countries and spur the development of member nations that lag behind economically.

The initiative, for instance, has greatly improved the economic and social conditions within Laos. The construction of the China-Laos railway is the first step to boosting the economy of this landlocked country. It will increase both trade and tourism. Besides building infrastructure, China has also introduced technological innovations in Laos. It helped launch Vientiane’s first satellite, which will not only improve Internet connection quality for communication purposes but also spread health services and educational opportunities to the countryside.

Despite the ambitions of these grand projects, very few have produced any significant achievements. Many Chinese enterprises have encountered unanticipated difficulties in the implementation phase. Based on interviews with representatives from the Jixiang cement factory in Yunnan, for example, the core obstacle impeding the advancement of public projects is that it’s difficult to attract and keep Laotian workers. Several corporations mentioned that salaries were often distributed three to four times per month to ensure workers won’t quit halfway through the project.

This lack of motivation, even in the face of financial benefits, can be ascribed to Lao demographics. Laos covers an area of 236,800 square kilometers and has a population of almost 7 million people, making it possible to allot abundant land to each individual household. Additionally, all agricultural lands are privatized, providing locals with accommodation and fulfilling their dietary needs. Lao citizens are satisfied with their present conditions and not eager to change the status quo.

The lack of funds for a developing country like Laos is another stumbling block, causing a shortage of specialized skills and talented recruits. China, then, must pick up the slack by bringing in Chinese workers. Ever since Laos and China first formally established diplomatic relations in 1961, trade between the two countries have been lopsided in China’s favor. In recent years, the renovation of the Lang Prabang Airport and establishment of the World Trade Center, both collaborative projects on paper, eventually became unilateral as China CAMC Engineering dominated nearly every step of the process. Lao dependence on Chinese enterprises to jumpstart the economy forces it to constantly rely on Chinese financial support as well as manpower.

A small percentage of educated Laotians have an opportunity to study at Chinese universities. In most cases, students focus on sharpening their language abilities rather than acquiring professional knowledge. So, there is still a staffing challenge for Chinese businesses in Laos. Employees at the Bank of China in Vientiane, for instance, are mostly from China although the major goal was to promote opportunities for local employees. Nor does this privileged class of Laotians seem to spend much time reaching newspapers and thus learning about the Chinese-Lao cooperation. A lack of awareness about the progress of the initiative in their own country translates into a lack of the excitement necessary for the project to proceed smoothly.

To address the over-reliance on Chinese government and industries, reforms of the Lao educational system must take place. The Confucius Institute affiliated with the Laos National University, the first institution in Laos dedicated to the instruction of Chinese language for people of all classes and ages, face a shortage of local teachers. The headmaster there points out that all current teachers are from universities in Southern China, rather than from Laos. A clear disadvantage of this setup is that Chinese teachers tend to introduce their own country’s cultural practices and beliefs, which can potentially undermine Laotians’ ability to see the world from their own unique perspectives.

The Chinese agency Xinhua News provides one third of the content in the Lao newspaper Vientiane Times. Viewing the world partially through the lens of China will imperceptibly shape the Lao way of thinking, limiting it to the confines created by Chinese authorities. This creates an unhealthy cycle that will make it more difficult to break away from this heavy dependence.

Educational institutions such as the Confucius Institute are essential in providing a bridge between China and Laos, using Chinese as the medium to create more employment opportunities for local citizens. Although it is not feasible for Laos to boost its economy without external support, the country should strive to train more local teachers to teach Chinese. Such local teachers can shield Laotians from the invisible influences brought about by teachers strongly influenced by Chinese characteristics.

Next, training in specialized knowledge and cultivating a concern for current affairs must be emphasized. The final goal is for educated citizens to apply their knowledge with flexibility in occupations such as banking and renewable energy industries, where executive positions are often taken by Chinese residents in Laos. Language serves as a stepping stone but doesn’t offer the technical skills required to stand out.

Finally, all Laotians should also cultivate the habit of paying attention to both domestic and international news, particularly on Facebook, since that social media platform is already widely used in the country. This can help spur more engagement in Laotian affairs as well as bilateral projects involving China.

Vincent Wang is a contributor to Foreign Policy In Focus.