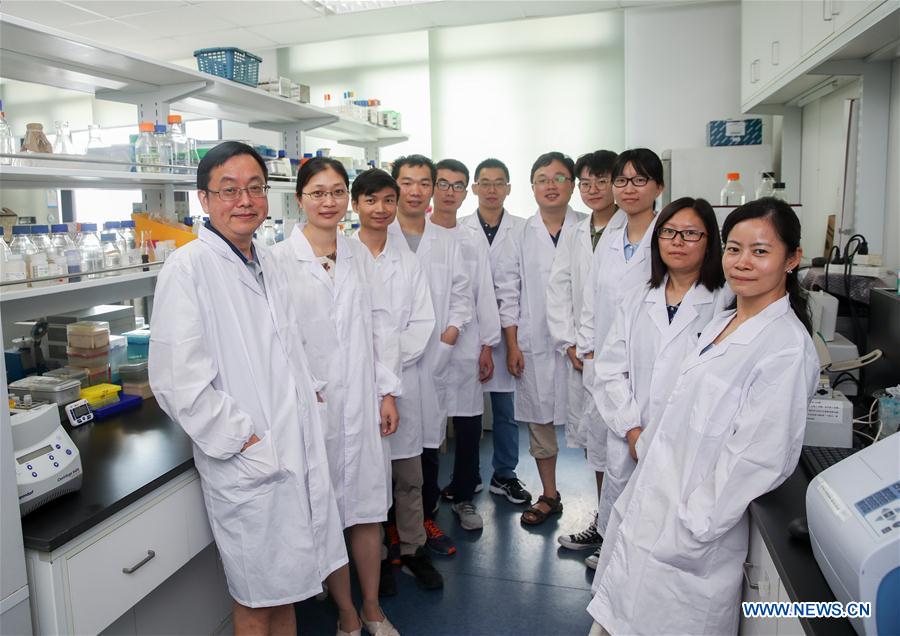 Scientists at the Center for Excellence in Molecular Plant Sciences, Shanghai Institute of Plant Physiology and Ecology.

China’s Belt and Road of Science

The Belt and Road Initiative (BRI), a massive Chinese initiative for cooperation and for economic and technological integration among the nations of Asia, defies simple categorization by dint of its scale. It’s expected to involve trillions of dollars of investment over the next decade. The “road”   part, also known as the “Maritime Silk Road,” is an effort to modernize ports and logistic routes from China, through Southeast Asia and across to the Middle East and North Africa, and upgrade infrastructure and facilities at the ports. The road hearkens back to a time when China engaged in a deep cultural exchange with the rest of the world by sea.

The “belt” meanwhile, is an initiative to finance, design, build, and operate transportation corridors and new infrastructure overland, thereby drawing together China, the nations of Central Asia, Russia, the Middle East and Europe. It is designed as a renaissance of the fabled Silk Road that thrived at the time of the Tang Dynasty.

The Belt and Road Initiative has grown by leaps and bounds at the same time that the America’s geopolitical vision has become increasingly isolationist, paranoid, and confrontational. Currently, 20 African Nations have joined BRI, and it has even established a beachhead in Europe with investments in Greece and agreements with Italy.

BRI has been interpreted as a strategic effort by China to avoid being cut off from shipping routes by the United States and its allies in Northeast Asia in the case of a military confrontation. Others have suggested that BRI is a plot to catch developing nations in a debt trap (in the manner that Europeans and Americans have done for decades). According to a third interpretation, this expansion of trade and transportation is simply a means to relieve the pressures of overproduction within China itself.

More to the point, however, are concerns that such development, especially highways and fossil-fuel power plants, will have a negative impact on the environment and on the Earth’s climate.

Nature magazine recently launched a series of articles on the impact of Chinese-supported initiatives for international scientific cooperation as part of BRI, focusing on Pakistan and Sri Lanka, Europe, South America, and Africa. Although this new approach to global collaboration in science is still taking shape, it’s not focused on the familiar groups of elite research institutes in the West and it is less concerned with the profits to be gained from private-sector investments. The Chinese Academy of Sciences (CAS) has taken the lead in this effort, recently teaming up with the World Academy of Sciences in Trieste, Italy, to start a regular research program to bring 200 experts from nations involved in the BRI to study in China.

Science research related to water quality, transportation, and energy has tremendous appeal for poorer nations, but strikingly, a substantial part of the funding covers pure science. The Bulletin of the Chinese Academy of Sciences has become a major source of information on work in advanced scientific fields such as nanotechnology. CAS’s Institute of Biophysics has developed together with researchers at the Howard Hughes Medical Institute a new approach to observing the workings of a cell. CAS has pursued relations with the National Herbarium of Uzbekistan, launched anti-desertification projects with Mongolia, Israel and Kazakhstan, and started a program with Tribhuvan University in Nepal for the study of climate change. In fact, climate change is an important theme in CAS research. For example, a China-Brazil Laboratory for Weather has been set up as part of BRI to monitor weather with direct applications to understanding the impact of climate change.

On November 4, 2018, 40 national and international research institutions gathered to establish the Alliance of International Science Organizations (ANSO) to oversee international large-scale scientific research. The stated purpose of ANSO is “sustainable economic and social development” and a “green and innovative path” for the “shared future of humanity.” CAS President Bai Chunli put climate change, biodiversity and disease as the new alliance’s top priorities. There was no mention of profits for business or the sales of products. Moreover, although the promotion of energy consumption in the development of BRI has been an issue of considerable concern, China is addressing this concern directly in its recent scientific initiatives.

The Second Belt and Road Forum in April highlighted the Digital Belt and Road, an effort to make the exchange of information throughout Asia faster and more convenient. Part of that project is the development of BeiDou-2, a Chinese global navigation system that will have 35 satellites up by 2020. This system, which will rival the U.S. Global Positioning System, has already been adopted by Pakistan, Laos, and Thailand.

Even more impressively, China will make the data from the satellites available to nations like Kyrgyzstan, Tajikistan, Turkmenistan, and Uzbekistan as part of a shared platform for environmental monitoring. The eight challenges identified for this collaborative project are: adaptation to climate change, mitigation of disaster risk, managing water supplies, making agriculture secure, protecting cultural heritage, encouraging sustainable development in urban areas, managing marine areas, and understanding climate change in the mountains and in the Arctic.

The United States and other countries have criticized the Digital Belt and Road for serving as a possible platform for surveillance, via facial recognition technology and other means of harvesting information. True, the potential for such misuse is real in new technologies like 5G. But the failure of the United States to propose any international protocols regarding the use of information makes such criticisms less convincing. No doubt China’s greatest strength in the promotion of science is its willingness to abide by international treaties even as the United States is actively abandoning them.

But the more fundamental shift in the United States has been away from basic science, which requires steady government funding to work on a large scale. The Trump administration has been at war with science since it took office. The denial of climate change has been the core example of that contempt for the scientific method.

Recently, Gale A. Buchanan and Catherine E. Woteki, former chief scientists at the Agricultural Department, coauthored an op-ed in The Washington Post lamenting the brutal manner in which the administration has eliminated science from that agency. In addition to drastic reductions in budgets, two of the department’s major research institutes were suddenly relocated from the DC area to remote locations far from Washington D.C. on extremely short notice, causing many experts to quit in what they describe as an intentional move.

Congress is making it increasingly difficult for U.S. scientists to engage in international collaborations, with Senator Chuck Grassley (R-IA) demanding extreme scrutiny of foreign scientists granted funding by the National Institute of Health. And the NIH has already had its funding reduced by $5 billion. The National Science Foundation had its budget cut by 12 percent to $7.1 billion, and the Environmental Protection Agency by 31 percent to $8.8 billion. NASA will be cut by only 2 percent, but since Trump’s focus is on returning astronauts to the moon, something that will be likely outsourced, the funding for actual science will be slashed, especially in astrophysics.

Ultimately the issue for the United States will not be about emotional responses to what China says or does, but rather in its ability to stay on the frontiers of science, the wellspring of future technological development. The federal government is incapable of setting the pace during the dark ages of Trump. It is the decline of scientific thinking, rather than any particular technology, that has made the Trump administration’s policies possible. The citizens of the United States need to recognize the critical importance of science for the future of humanity and not be too proud to learn something from China.