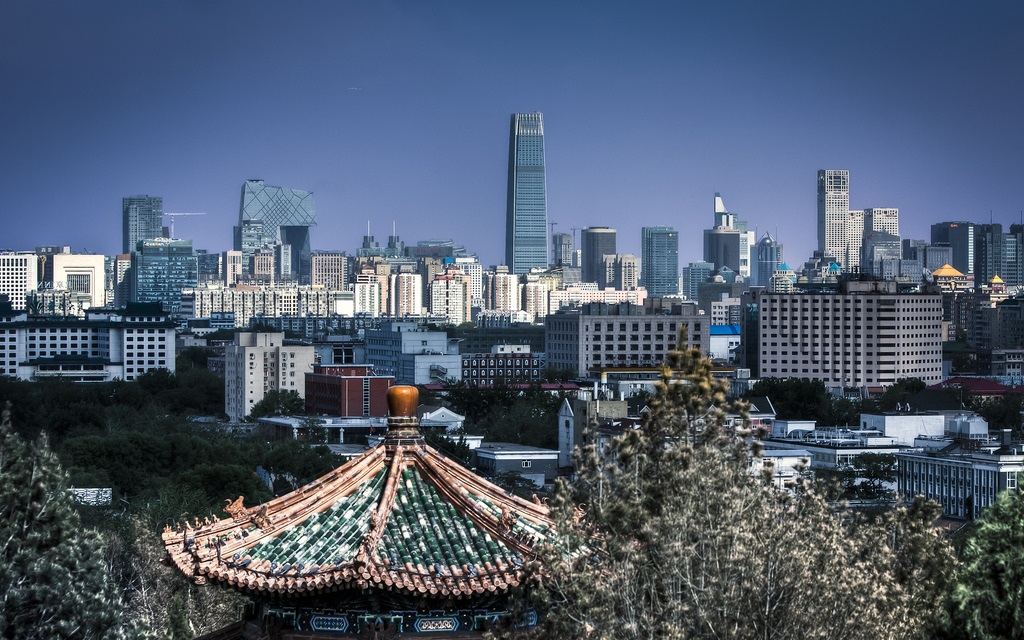 China’s Offering a World Bank Alternative — and U.S. Allies Are Signing Up

Beijing is only too happy to offer an alternative to Western-dominated international finance. What's more surprising is that leading Western economies are signing up.
By Walden Bello | April 23, 2015

This must be what Washington policymakers muttered to themselves following the decision by their allies in London, Paris, Rome, and Berlin to join a new development bank proposed by Beijing.

The anger in Washington most likely mounted as two of its key allies in the Pacific, Australia and South Korea, also joined the bandwagon. In fact, as of mid-April, nearly 60 countries had accepted Beijing’s invitation to be founding members of the Asian Infrastructure Investment Bank, or AIIB.

$50 billion of the initial target capitalization of $100 has been committed by China.

Washington insiders fear that the AIIB would rival the U.S.-dominated World Bank and Asian Development Bank as sources of development finance in the region. They’re probably correct.

Despite the efforts of World Bank President Jim Yong Kim to improve the image of the bank, the widespread perception of the institution is that it carries out Washington’s priorities. The Japanese-controlled Asian Development Bank is similarly seen as following the World Bank’s lead, much like Tokyo broadly follows Washington’s directions in foreign policy.

As a result, there’s widespread global appetite for an alternative. And Beijing is only too happy to offer one.

The Price of Sitting Out

China’s move to found the AIIB is its third major initiative in less than a year to establish multilateral alternatives to the so-called “Bretton Woods twins” — the World Bank and the International Monetary Fund, or IMF.

Last July, during the BRICS (Brazil, Russia, India, China, South Africa) summit in Fortaleza, Brazil, Beijing was central in setting up the New Development Bank, a planned $100-billion rival to the World Bank. At the same gathering, China and its BRICS partners also set up the Contingency Reserve Arrangement, a thinly veiled alternative to the IMF to assist BRICS members and eventually other developing countries suffering from balance of payments crises.

For Washington’s traditional allies, U.S. disapproval of the AIIB initiative couldn’t compete with the disadvantages of sitting out the new enterprise.

Construction companies and suppliers promoted by non-partner governments, for example, will have much less chance of winning the hundreds of billions of dollars worth of bids for AIIB-funded infrastructural projects. For ailing economies like Britain, France, and Japan, the possibility of being sidelined from juicy contracts in a period of global stagnation was simply too awful to contemplate.

Australian Treasurer Joe Hockey was candid about how his country’s commercial links with China trumped its traditional friendship with Washington: “The United States understands that this is a bank that’s going to be operating in our region,” he said. “It’s going to be using contractors in our region. We want Australian contractors involved. We want work for Australians out of this bank.”

For many analysts, Washington and its Western allies have only themselves to blame for China’s increasingly assertive push to build new multilateral institutions.

According to some, the U.S. Congress’ refusal to approve legislation giving China greater voting rights at the IMF and World Bank following the global financial crisis led to Beijing’s disenchantment with the two institutions.

The United States and 15 developed countries control 52 percent of voting rights at the IMF, leaving 48 percent for the 168 other member countries. China, now the world’s biggest economy, has only 3.8 percent of voting power — that’s a smaller share than those of the UK, France, Germany, or Japan. Brazil, South Korea, and Mexico each enjoy less voting power than tiny Belgium.

Despite much protest from the BRICS and other developing economies, they’ve received just 6 percent more voting power over the last 20 years. The proportions and trends have been roughly the same at the World Bank.

The United States and the Europeans have also held tightly to what’s been characterized as their “feudal” prerogatives of filling the World Bank presidency with a U.S. citizen and the managing director post at the IMF with a European.

With some 17 percent of the vote in both institutions, the United States also exercises veto power over key policy decisions. To show that it didn’t want to replicate the Americans’ behavior at the World Bank, Beijing announced that despite its contribution of the largest share of capital to the AIIB, it would not demand veto power over policy decisions.

But the actual behavior of the Bretton Woods banks has had an equal if not greater role in fueling global dissatisfaction with the two institutions than the issue of voting rights, veto powers, or feudal prerogatives.

The IMF has never been able to shake off its reputation for helping to trigger the Asian financial crisis by promoting capital account liberalization, then worsening the plight of the affected countries by imposing harsh austerity policies. The World Bank has also failed to live down its partnership with the IMF in the imposition of painful and ineffective structural adjustment policies in over 90 developing countries in the 1980s and 1990s. Hardly any of these programs succeeded in bringing about growth and reducing poverty.

A few years ago, the IMF leadership announced it was moving towards a less neoliberal and more Keynesian approach to economic growth and development. This was belied, however, by the fund’s membership in the so-called “Troika” — alongside the European Central Bank and the European Commission — to push savage austerity policies on Greece, Portugal, and Ireland following the eruption of the global financial crisis in 2008.

IMF Managing Director Christine Lagarde’s recent admission that the fund didn’t anticipate the depth of the damage done to Greece’s economy by the austerity program is likely to erode its credibility even further.

The World Bank, meanwhile, tried to reinvent itself as the “climate bank” under former President Robert Zoellick, only to be accused by developing countries of seeking to centralize funding for climate adaptation efforts. Under Jim Yong Kim, a Korean American appointed by President Barack Obama, the bank has tried to erect itself as an advocate of massive cuts in greenhouse gas emissions by the developed countries and as a key actor in the containment of deadly diseases like the Ebola virus. However, conservative economics and U.S. economic interests continue to govern the implementation of most of its policies and projects.

With the institutions it controls having such dismal records in managing the global economy and promoting development, the United States should have expected that at some point, the world would begin looking elsewhere for institutions that could deliver. It’s clear that Beijing is now stepping into the vacuum.

Until he resigned in early March to protest the bloody consequences of a U.S.-directed raid on a Muslim community in the Southern Philippines, Walden Bello was a member of the House of Representatives of the Philippines. An earlier version of this piece appeared in Telesur English.