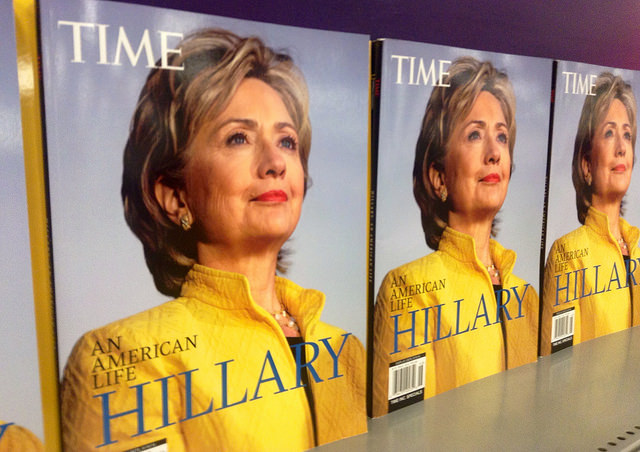 Clinton’s Foreign Policy Poses a Challenge to the Left

Force, rather than negotiation, seems to be Hillary Clinton’s default response.
By Rachelle Marshall | June 13, 2016

Many of us who voted for Hillary Clinton in the primaries did so on the assumption that she was more likely than Bernie Sanders to defeat Donald Trump in November. We will vote for her again in November because again we have no choice. Donald Trump as president is unthinkable. But a Clinton presidency comes with the near certainty of future U.S. military interventions abroad unless those of us who actively opposed our recent wars are prepared to do so again.

The job won’t be easy. As a senator from New York during George W. Bush’s presidency, Clinton supported the invasions of Afghanistan and Iraq, misguided efforts that caused tens of thousands of casualties in those countries and left a legacy of sectarian violence that continues to this day. A lingering consequence of the war in Iraq has been the rise of the Islamic state, the group now fighting for dominance in Iraq and Syria.

Although President Obama has continued to maintain fighting forces in Afghanistan and Iraq he has repeatedly expressed a preference for negotiation rather than threats. Judging by Clinton’s record, it is not certain that she would agree. Obama backed the long round-the-clock efforts of her successor as secretary of state, John Kerry, to reach the nuclear agreement that was adopted last year. Clinton as secretary of state put together a global coalition to impose sanctions on Iran to prevent it from building a nuclear weapon. Her approach tends to emphasize demonstrations of strength rather than compromise. She recently challenged China by asserting America’s role as “a Pacific power” and referring to China’s “aggressive actions in the region,” words that may seem hypocritical to the Chinese, coming as they do from a nation that regards itself as protector of the Western hemisphere.

On a similar tone, Clinton said also that she would encourage China to be “a responsible stakeholder” on such issues as cyberspace, human rights, and territorial disputes, “and hold it accountable if it doesn’t.” Again, it is not clear how the Chinese will respond to such implied threats once Clinton is president.

Advocates of a just peace between Israel and the Palestinians will face the most serious challenge from a Clinton presidency. As senator and secretary of state she was a steadfast defender of Israel. She defends Israel’s right to build settlements in the West Bank despite the fact that international law forbids settlement construction in occupied territory. She opposed a U.N. Security Council resolution calling for a settlement freeze.

She refused to criticize Israel for its crushing invasions of Gaza in 2009 and 2014. When Israeli air strikes destroyed a school in Gaza sheltering dozens of refugees, Obama said he was “appalled.” Clinton said only, “It’s impossible to know what happens in the fog of war.” Clinton continues to give her uncritical support to Israel even though it is now governed by far-right nationalists. When she addressed the pro-Israel lobby AIPAC (American Israel Public Action Committee) this spring she promised that within a month of moving into the White House she would invite Israeli prime minister Benjamin Netanyahu to be her first guest.

A two-state solution that provides for an independent Palestinian state has long been the cornerstone of peace proposals supported by the United States. Yet Netanyahu has repeatedly rebuffed efforts by the Obama administration to negotiate such a solution. He and all of his cabinet appointees have declared their opposition to a Palestinian state as well. Obama, early on, put pressure on Israel to negotiate a just peace with the Palestinians. With Clinton in the White House they can rest easier.

Those who favor an America in which more money is spent on education, health care, and the environment than on the military, don’t have a candidate this year, But neither do we have a choice. The best we can do is vote for Clinton but immediately begin pressuring her and, we must hope, a more reasonable Congress to implement the ideals expressed by Bernie Sanders and his millions of supporters: in short, policies that promote equality at home and peace with justice abroad.