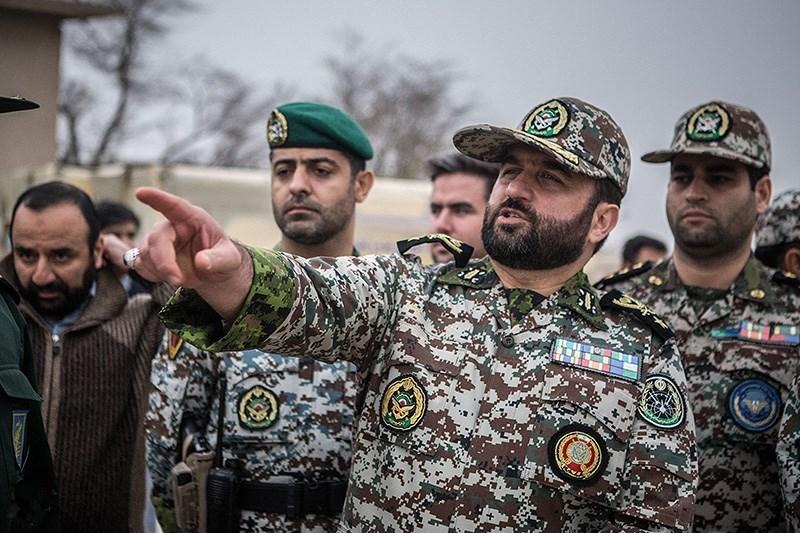 The Iranian military is focused on deterring external threats not launching an attack on its adversaries.
By Edward Hunt | December 5, 2019

As the Trump administration continues to incite fears about Iran, portraying the country as an aggressor that is destabilizing the Middle East, a new report by the Defense Intelligence Agency (DIA) provides a more nuanced view. It accepts some of the administration’s claims while indicating that Iran feels threatened by the United States and seeks to deter a U.S. attack.

The report, which provides a detailed overview of Iran’s military capabilities, includes several insights into the Iranian government’s motives that U.S. officials rarely articulate. One of the report’s key assertions is that Iran’s military orientation is primarily defensive.

“Iran has focused on preparing and equipping its military forces for defense against air attack and ground invasion by a technologically superior adversary, primarily the United States,” the report states.

The publication of the report comes at a time of growing tensions between the United States and Iran. Since the Trump administration withdrew the United States from the Iran nuclear deal in May 2018, it has been waging an economic war against Iran, imposing crippling sanctions on the country and sending its economy reeling. Over the past year, Iran’s economy has contracted by more than 10 percent.

In late November, the country was rocked by protests, sparked by an increase in gasoline prices by the Iranian government. Hundreds of people were killed in violence not seen since the Islamic Revolution in 1979.

U.S.-Iranian tensions have been further heightened by several attacks on U.S. assets and allies in the region. Over the summer, several commercial tankers were attacked. A U.S. surveillance drone was shot down. Then, in September, several oil facilities in Saudi Arabia were struck, allegedly by drones or missiles.

President Trump has blamed Iran, repeatedly threatening the country with war. “There’s plenty of time to do some dastardly things,” Trump commented in September, after the attack on the Saudi oil facilities.

Although the Trump administration has refrained from attacking Iran, it continues to portray the country as a serious threat that must be confronted. Administration officials assert that Iran supports terrorists, threatens Israel, and seeks regional hegemony. In November, a U.S. general warned that Iran will probably launch more attacks.

Not everyone in Washington agrees that Iran is acting merely to destabilize the Middle East, however. According to the DIA report, the Iranian government has been making a conscientious effort to develop and implement a military strategy that discourages the United States from attacking the country.

The Iranian government began developing its approach after the United States invaded Afghanistan in 2001 and Iraq in 2003. As those wars began, “Tehran began to adjust its military doctrine to better deter and counter the threats from technologically advanced Western militaries,” the report notes.

As Iran felt increasingly threatened, it developed a deterrence strategy around three military capabilities, including long-range ballistic missiles, regional naval forces, and regional proxy forces. Iran’s effort to develop long-range ballistic missiles, which the Trump administration cites as a reason for its withdrawal from the nuclear deal, has actually been a central component of Iran’s deterrence strategy.

“Lacking a modern air force, Iran has embraced ballistic missiles as a long-range strike capability to dissuade its adversaries in the region—particularly the United States, Israel, and Saudi Arabia—from attacking Iran,” the report states.

The report’s assertions stand in stark contrast to the image of an aggressive and belligerent Iran that the Trump administration presents. Although the report sounds many of the same warnings as the Trump administration, noting that Iran aspires to become a dominant regional power, it clearly indicates that Iran has developed a military strategy with a focus on deterring a U.S. attack and defending itself.

So far, White House officials have remained silent about the report. The mass media has largely ignored it, despite the fact that the Department of Defense has promoted its release and its major findings.

In the meantime, the Trump administration continues to escalate its economic war against Iran. Administration officials are increasing the pressure in the hopes that the Iranian people will rebel against the Iranian government.

“The Iranian economy will shrink by somewhere on the order of 10 to 15 percent this year, and the regime knows their people won’t stand for this,” Pompeo said in September.

A related goal, according to some U.S. officials, is to pressure Iran into launching attacks that go beyond deterrence. The Trump administration, they warn, is trying to start a war.

As Representative Ted Deutch (D-FL) noted earlier this year, “there are a lot of people who fear that the policy is to provoke Iran so the U.S. has no choice but to respond.”