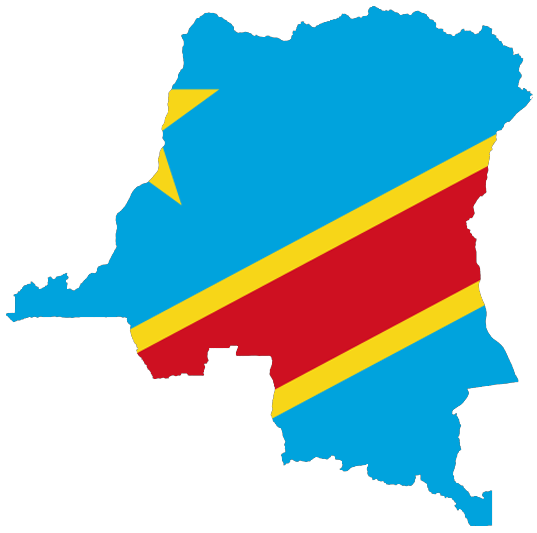 The world still extracts resources from Congo, and the Congolese still don't get the benefits.
By Bahati Ntama Jacques, Beth Tuckey | June 30, 2010 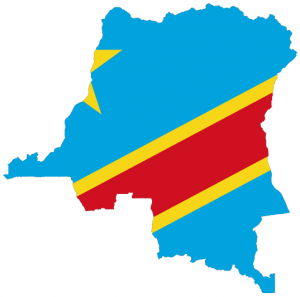 Congo has long been the focus of resource exploitation. The first era of colonization in Africa, beginning in the mid-1880s, was most pronounced in this central African country. Belgium’s King Leopold brutalized the population in his quest for rubber and riches, leaving a legacy of natural resource exploitation by white Europeans in the heart of Africa.

Today, at the 50th anniversary of Congo’s independence, the country continues to be a source of wealth for the world, yet the Congolese people live in poverty. Like many African nations, the Democratic Republic of Congo (DRC) is suffering under this new era of neocolonialism, where natural resources belong not to those who live on the land but to those with power and access to global markets.

The pursuit of true independence and liberation in Congo will continue until foreign nations cease their policies of exploitation.

When Patrice Lumumba began agitating for independence in early 1960, there was great hope that Congolese people would benefit from the resources of their land, lifting the country out of poverty and into an era of prosperity. Instead, after nearly three months in office as Congo’s first elected prime minister, Lumumba was deposed in a coup and four months later killed in a plot orchestrated by the Belgian government with the complicity of the United States. Mobutu Sese Seko, a staunch opponent of communism, took power in a CIA-backed coup and became one of Africa’s most brutal dictators. He drove Congo — which he named Zaire — into ruin.

In 1996, Rwanda and Uganda invaded Congo and forced Mobutu to flee, while a new leader, Laurent Kabila, rose to power. Since then, eastern Congo has been mired in conflict, overrun by rebel groups and government militias, each of which seeks control of Congo’s vast wealth. It’s estimated that between 1998 and 2007, 5.4 million people died in DRC as a direct or indirect result of conflict. Meanwhile, the world has come to depend on minerals such as tungsten, tin, and coltan, used in electronics and sophisticated weaponry, which come primarily from the Congo. Western love for the Congo has always been for its resources, never its people, which explains the lack of any genuine interest in helping to build Congo’s state capacity.

Lack of transparency or regulation in the mining industry in Congo makes it nearly impossible to prevent the sale of conflict minerals in electronic products. And although many companies have expressed interest in disclosing their supply chain information, tracing which minerals come from the conflict zone in eastern Congo remains a significant challenge.

In the 110th session of Congress, Rep. Jim McDermott (D-WA) introduced the Conflict Minerals Trade Act “to improve transparency and reduce trade in conflict minerals,” and Sen. Samuel Brownback (R-KS) introduced the companion Senate legislation “to require annual disclosure to the Securities and Exchange Commission of activities involving columbite-tantalite, cassiterite, and wolframite from the Democratic Republic of Congo.” Also in May, Brownback was able to attach a related amendment into the Restoring American Financial Stability Act of 2010, which passed the Senate and is being reconciled with the House version of financial reform. While an admirable start considering the inadequate U.S. government attention paid to Congo, such legislation is only a small part of a more holistic policy shift needed to address the economic colonization of DRC.

America: Part of the Problem?

The United States can do much more to promote true security and prosperity in Congo. However, time and time again the United States has been part of the problem. In 2008, the United States was among a group of nations that negotiated the premature and hasty integration of former rebel forces of the Rwanda-backed rebel group, the National Council for the Defense of the People (CNDP) into the Congolese national army. These Rwandan troops, as part of the national army, today represent a serious threat to sustainable peace in eastern Congo.

Meanwhile, the U.S.-Rwanda relationship continues to be very problematic as far as peace and stability in Congo is concerned. From 2000 to 2009, the United States provided $1.034 billion to Rwanda when its government was occupying large territories in Congo and plundering Congolese resources. While Washington argues that it never intended to aid the Rwandan invasion in the Congo, U.S. financial support possibly helped the Rwandan government secure money within its budget to wage the deadly war.

As a senator, Barack Obama introduced legislation, ultimately signed into law in 2006 by President George W. Bush, that requires the U.S. Secretary of State to “withhold assistance made available under the Foreign Assistance Act of 1961…other than humanitarian, peacekeeping, and counterterrorism assistance, for a foreign country if the Secretary determines that the government of the foreign country is taking actions to destabilize the Democratic Republic of the Congo.”

But it wasn’t the United States, ironically, that took action. Sweden and the Netherlands, after looking at the evidence of Rwandan involvement in the conflict in the Congo made available by a UN panel of experts’ report in 2008, threatened to withhold their financial support to Rwanda. This action, which drew international attention to the issue, held the Rwandan government accountable by requesting an immediate withdrawal of its troops from the Congo. Instead of following suit, the United States participated in the misleading and failed integration of former CNDP forces into the Congolese army. So far, the Obama administration shows no sign of implementing the legislation that Sen. Obama worked so hard to promote. The key to the U.S. relationship with Rwanda is rooted in access to Congo’s resources.

All governments must enact strict laws against the import of products that fuel conflict, use child labor, or otherwise support human rights violations in Africa. Companies should also be forced to pay fines and reparations to communities they have damaged in the creation of their goods.

But at the same time, and equally as important, governments must work to engage Africa in the global economy in a way that encourages human security. Although coltan and tungsten fuel deadly conflict in eastern Congo, they also provide local people with jobs and some means of income. The Congolese government, with the support of the international community, should ensure that those local people reap the true benefits of their labor, which requires strict attention to worker’s rights. In this way, Congo and the outside world can partner to advance resource sovereignty and local ownership.

Congo is the heart of Africa. Yet, after 50 years of political independence, it still does not beat on its own. Nor does it sustain the health of other African counties. Lumumba once famously said, “free and liberated people from every corner of the world will always be found at the side of the Congolese.” The liberation of Congo — which is a key part of the liberation of all of Africa — requires that people in countries that profit from Congo’s wealth stand in solidarity with those who rightfully own it. That means, most importantly, taking action as citizens and pushing governments to create more responsible policies toward central Africa regarding the use of its natural resources.