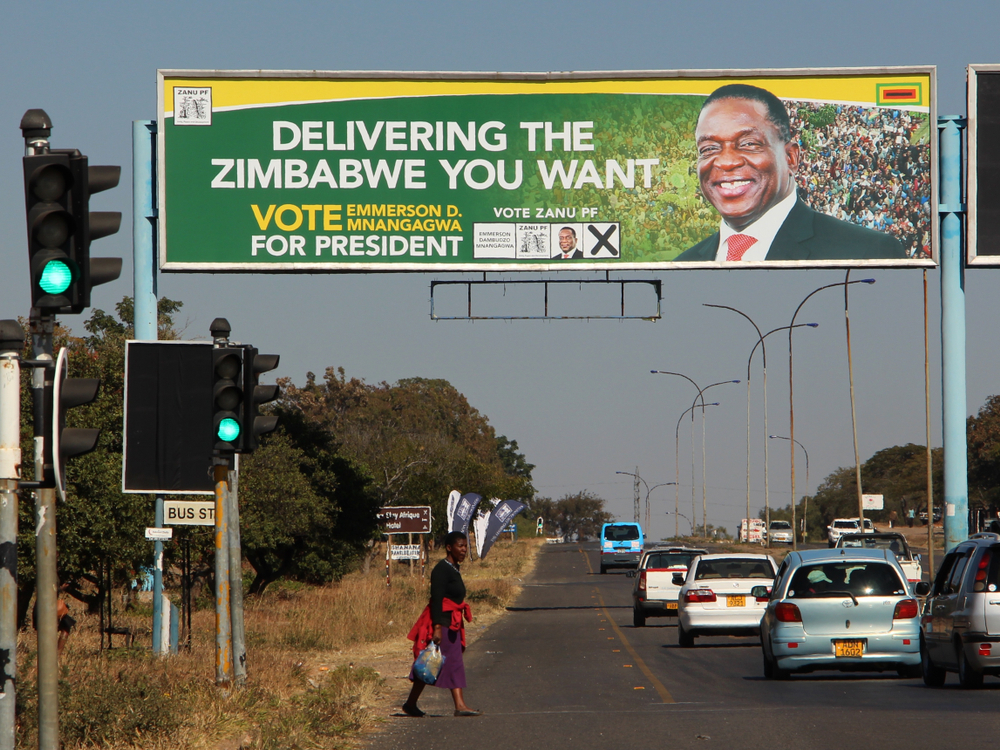 Progressive legislators can help Zimbabwe embrace African-led solutions to poverty and corruption that put people ahead of corporations.
By Imani Countess | November 19, 2018

Joyce, a colleague and friend, is one of nearly 8 million low-income and poor women struggling to survive Zimbabwe’s current economic and political crises. Her comment comes after weeks of market turmoil, panic buying, fuel and food shortages, widespread uncertainty, and currency fluctuations that in one day saw the value of the Zimbabwe Bond Note to the U.S. dollar shift from 1:800 in the morning to 1:1.5 by evening.

The country’s mood is a far cry from the euphoria that followed the army’s November 2017 removal of President Robert Mugabe, freedom fighter turned autocrat.

That day and the weeks following, citizens celebrated an end to Mugabe’s 36-year rule, which included the country’s metamorphosis from settler colonialism and white minority rule to a majority-run Zimbabwe government. But after decades of mismanagement, Zimbabwe — once an economic powerhouse and a leading moral authority in southern Africa — is now an economic basket case.

Today, President Emmerson Mnangagwa, victor of the July 2018 national elections, has struggled to rebuild the atrophied muscles of political tolerance, transparency, and accountability, and has yet to rediscover the pro-poor and working-class principles that once made Zimbabwe’s independence movement so strong.

To the new government’s credit, it has created a few openings in the formerly closed political space.
In the run-up to the election, the country was largely violence-free, and the vote was observed by thousands of domestic, regional, and international observers. The High Court has ruled sections of the draconian Public Order and Security Act, which limited freedom of association, unconstitutional. In addition, Mnangagwa’s public declaration of “zero tolerance” for corruption includes new structures: the establishment of special anti-corruption courts, an anti-corruption prosecution unit, and the Public Entities Corporate Governance Act, along with the arrest of several high-profile individuals.

Still, while the ruling party is publicly targeting some of the bad actors, it hasn’t shown an interest in tackling the deep-seated internal corruption that’s linked to global corporate and financial actors, who are guilty of siphoning billions from Zimbabwe through illicit means.

Meaningful efforts to tackle widespread and complex corruption are hard, particularly when no one in the leadership has clean hands. But, in the case of Zimbabwe, leaders who were willing to do the unthinkable — risk their lives to remove Mugabe — should also recognize that the only way to save the country is to continue to move boldly, prioritizing efforts that confront corruption in order to restore public faith, and to invest resources in essential social services and inclusive economic development.

Harnessing diamond revenues that bypass government accounts — as opposed to benefiting opaque groups of owners, mine operators, and global buyers — is one step. Creating structures and systems to formalize and protect workers engaged in artisanal and small-scale gold mining is another step. Investing government resources and legislative power to address the crippling problem of wage theft in public and parastatal sectors is yet another.

None of these steps requires foreign direct investment. Rather, the government can draw on the expertise and talent in the country’s legal, human rights, labor, and community-based organizations to create the policies and structures necessary to begin to recapture the people’s wealth.

The new leaders of the U.S. Congress have an opportunity in 2019 to explore concrete and innovative policies that can help lay the foundation for the type of accountable and transparent government necessary to rebuild Zimbabwe, for Joyce and all her sisters.

Namely: Support African-led solutions that promote government, community, and broad civil society efforts to manage natural resources; here in the U.S., advance legislative efforts to remove the corporate veil and support workplace transparency; and, through the many legislative vehicles available — including resolutions, reports, legislation, and aggressive oversight — advocate for country efforts to invest resources in essential social services, deteriorating physical infrastructure, and the creation of decent work, as opposed to demanding that Zimbabwe provide tax, land, and other giveaways to attract foreign direct investment.

These recommendations require the new Congress to focus on the Zimbabwean people, to reject the neoliberal economic models that prioritize private sector investment above all else, and to strategically use the leverage and tools available while they support African-led initiatives.

These are major shifts, but Zimbabwe has defied the odds before — 13 months ago, few would have predicted Mugabe’s ouster. Can the new government muster the political will to explore outside the box thinking that would likely expose many to public shame for their involvement in robbing the country?

A tough question, but an affirmative response is the only avenue forward to ensure that Joyce’s comment remains metaphorical, as opposed to literal.