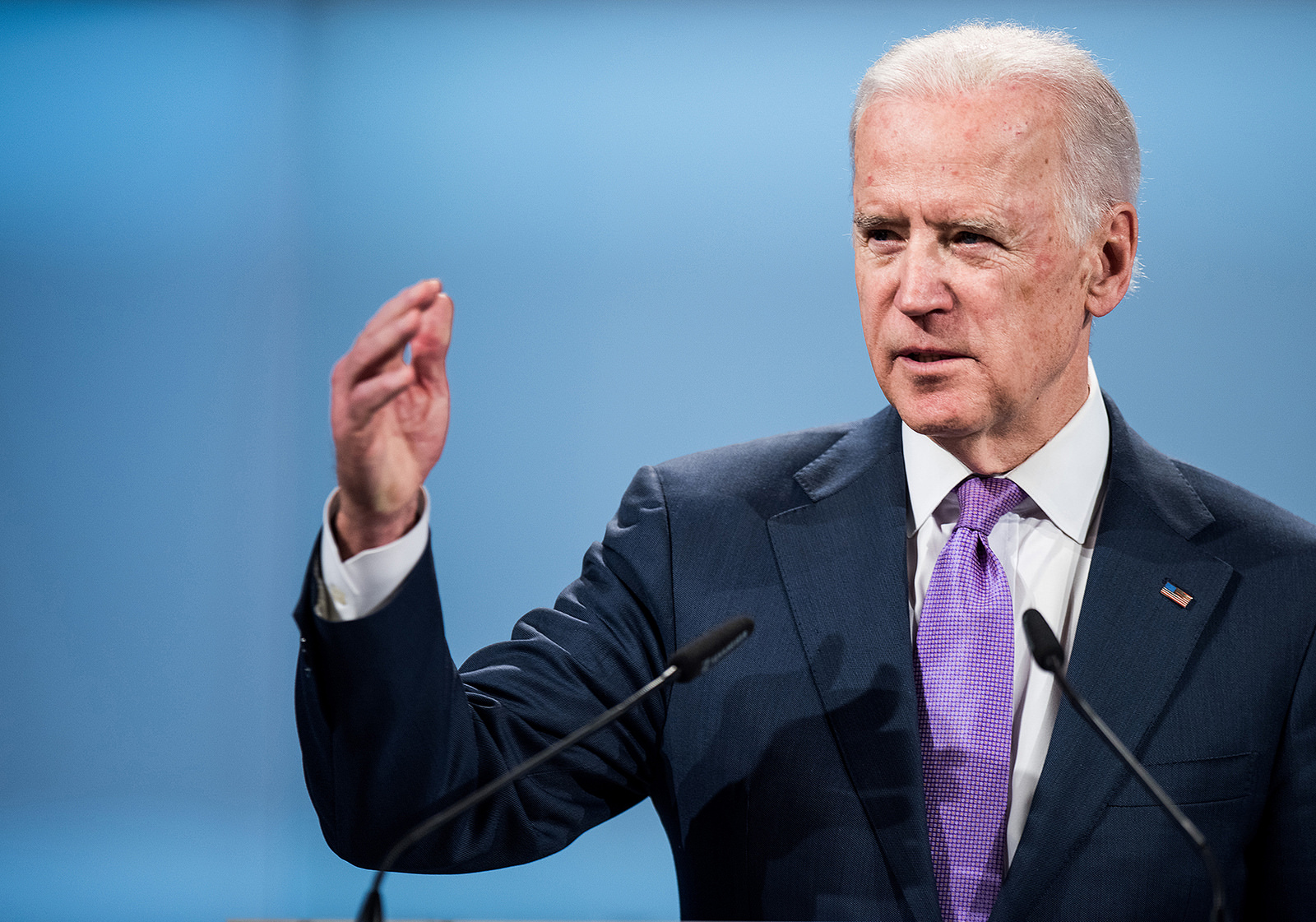 Continuing the Crackdown on Kids

When the crisis of unaccompanied minors migrating to the United States burst onto the front pages last summer, it seemed at last the U.S. government would come to grips with its legacy of disaster amid the current havoc in Central America.

The United Nations documented that most of the children were fleeing violence — violence caused in part by the failure to restore constitutional order following the Honduran coup of 2009 and the unfinished peace processes after the dirty wars in El Salvador and Guatemala, where Washington propped up right-wing dictatorships for years.

The governments of those three countries — known as the Northern Triangle — certainly share some of the blame for the mass exodus, which is not as new or unprecedented as the press made out when it sounded the alarm.

But in the end, the problem isn’t one of assigning blame, but rather helping children in conditions of extreme vulnerability, right?

Less than a year later, Washington has come up with its policy response to the children’s plight. Unfortunately, while purporting to address the root causes of migration, it mirrors — and in many ways intensifies — the causes that forced so many to flee.

Tucked into the administration’s 2016 budget requestthe plan has been christened “Biden’s Billion” for its major promoter and the amount he expects U.S. taxpayers to put up to support it. It divides aid into three “lines of action”: security, economic development, and governance.

Yet in every one of these areas, the response repeats errors of the past. Rather than focusing on a response to the humanitarian crisis of child refugees, it serves as a vehicle for deepening the drug war and “free-trade” agendas that have contributed to the crisis.

The plan requests $300 million for security assistance, a considerable increase over previous regional collaborations like the Merida Initiative and the Central American Regional Security Initiative. The increase goes mainly to the region’s police forces.

In an op-ed published in The Hill, Alex Main of the Center for Economic and Policy Research explains: “Funding for International Narcotics Control and Law Enforcement (INCLE) aid to Central America would double from $100 million in fiscal year 2014 to $205 million in fiscal year 2016,” he writes. “This assistance, rooted primarily in the U.S. ‘war on drugs,’ includes extensive support for the region’s police and military forces despite abundant reports of their involvement in extrajudicial killings and other serious human rights violations.”

Although fighting drug traffickers is purposely underplayed in the proposal, INCLE nonetheless expands the failed drug war model of militarizing local security forces. Experience shows that placing weapons and training in the hands of abusive police ensures that they can be — and are — used against civilians not associated with cartels, or against suspected criminals denied a right to trial.

The foreign military funding — or FMF, in bureaucratese — included in the plan, while comparable to prior levels, has a particularly ominous note to it this time around. “FMF in the Western Hemisphere,” declares the budget request, “supports our partners’ efforts to control national territory, modernize defense forces, and secure the southern approaches to the United States.”

Given that the region has no invading armies, to “control territory” means to control undefined internal populations — presumably criminals, but potentially including opposition or indigenous communities fighting for land rights against state-supported designs. “Modernizing defense forces” in the absence of external threats, means a dangerous re-militarization of nations barely emerging from military dictatorships.

And “securing southern approaches to the United States” marks a clear imposition of U.S. priorities to the detriment of the host nations. Even more outrageous is the implication that the U.S. southern border has to be protected from child migrants by creating an allied buffer some 2,000 miles deep.

Proponents of the plan note that some funding goes to human rights training. The contradiction of funneling money to human rights abusers to compel them to cease their abuse is one that they no doubt relish. It sends a mixed message by supporting corrupt and violent police at the same time it deigns to improve them.

The plan bolsters Honduran security forces even as human rights groups document uncontrolled abuses, to the extent that 94 U.S. members of Congress have called for a complete cut-off of aid to Honduran security forces. The plan apparently also funds the provision of training from Colombian security forces — the nation famous for the “false positives” scandal, a human bounty hunt in which soldiers dressed peasant farmers up as guerrillas, assassinated them, and received a government bonus.

The U.S. government has been shoveling out money to U.S. agencies and private sector firms for dubious police and judicial reform programs in Mexico and Central America for years. The result is horrors like Ayotzinapa and an increase rather than decrease in violations throughout the region. The police forces are being equipped and trained as they continue to victimize their own populations with impunity.

As the recent murders of unarmed youth in U.S. cities have shown, the United States urgently needs to reform its own police before it spends millions purporting to teach others. As in all other areas of this plan, the money would be better spent at home.

The billion-dollar plan does highlight a few of the root causes of migration — namely physical and economic insecurity. But its emphasis on border security reveals its Janus-faced attitude toward migrants as threats as well as victims.

In part, this comes at the urging of immigration hawks in Congress.

Last December, John Lindsay-Poland explains, “Congress required the State Department to submit a strategy within three months that would ‘address the need for greater border security for the countries in Central America and for Mexico, particularly the southern border of Mexico.’ The strategy must also ‘support repatriation facilities for the processing of undocumented migrants returning from the United States’ as well as ‘combat human trafficking in Central America.’”

Mexico, once again, is responsible for doing the real dirty work here. Some 23,000 children have been deported at Washington’s urging from Mexico’s southern border over the past year.

The crackdown along Mexico’s southern boundary breaks with the country’s traditionally permissive attitude toward millennial migration patterns in the region. But it has not significantly decreased migration. Reports from the border describe a continued flow of migrants amid an increased presence of police, armed forces, and immigration agents. The result is more extortion and abuse.

The economic development section of the plan would support the “Alliance for Prosperity,” an initiative developed with the Inter-American Development Bank (IDB) and Northern Triangle governments. The IDB has a history of supporting large infrastructure projects that too often displace populations from their places of origin rather than rooting them through sustainable livelihoods.

This “line of action” intensifies policies that have been imposed for the last 20 years in the region: international trade facilitation, market integration, transnational investment, and export-oriented infrastructure and megaprojects.

Civil society organizations have long criticized this strategy. In a letter to heads of state in 2013, a coalition of 160 organizations stated, “Large-scale ‘development’ projects are imposed on the region’s most vulnerable populations with little or no regard for their lives or livelihoods. This results in forced displacement, especially of indigenous, peasant, and Afro-descendant communities; bloody conflicts over resources; environmental destruction and impoverishment.”

Here too, the details of the new Central America plan relate more to U.S. goals than to Central American needs. For example, the Trade and Development Agency notes that its part of the funding “prioritizes activities where there is a high likelihood for the export of U.S. goods and services.” While there’s nothing inherently wrong with opening up business opportunities for U.S. companies abroad, it’s a crass abuse of the goal of securing the safety of children in Central America.

Moreover, many of those investments include export promotion that puts local producers out of business (recall the 2 million Mexican farmers driven out under NAFTA) and infrastructure projects that serve the transnational movement of goods while destroying internal market linkages.

This creates a vicious but lucrative circle of investment-displacement-repression, as populations are forced from their lands and then criminalized as migrants, justifying enormous security contracts.

This combination of hardening borders for human mobility while opening them for goods and money is nothing new, as two decades of NAFTA have shown. We’ve seen the tragic results in Mexico.

Children and Youth at Risk

The United Nations concluded that 58 percent of the child refugees it interviewed had international protection needs, including a staggering 72 percent of Salvadoran children.

Yet for all its fanfare, the Biden plan makes no attempt to respond to this urgent need to keep children safe. In fact, through its border security measures and the likelihood of increased deportations from the United States and Mexico, it exacerbates their plight. The plan actually transfers millions of dollars out of child and maternal health to fund the new security measures.

The policies to deport migrants from Mexico are creating greater perils for them en route and back home. Father Alejandro Solalinde, who runs a migrant shelter in southern Mexico, worries that “They’re sending them right into the arms of the cartels.” That’s just what the plan does.

In a New York Times op-ed penned to promote it, Vice President Joe Biden demonizes the migrants from the very first paragraph, where he calls the child migrant crisis a reminder that “the security and prosperity of Central America are inextricably linked with our own.” Later on, he laments a “dangerous surge in migration.”

What kind of nation have we become when we treat desperate children as a national security threat?

The good news is that the plan faces a rocky road in Congress. “We’ve spent billions of dollars there over two decades,” observed Senator Patrick Leahy, the ranking Democrat on the Senate Appropriations foreign operations subcommittee. “And we’ve seen conditions get worse in Honduras, Guatemala, El Salvador.” Other members have also balked at the huge spike in security funding to governments where impunity and abuse is rampant.

There are undoubtedly some worthwhile projects within the proposed billion-dollar package, for example funding for domestic violence shelters. Washington promoters urge critics not to throw out the baby with the bathwater.

But to avoid doing that, first you have to separate the two. This plan does precisely the opposite, by lumping together repressive measures that continue drug war militarization and punitive measures against youth with educational and jobs programs. It criminalizes migrants at the borders even while attempting to address root causes of migration. So, for example, the mother who has the courage to flee an abusive husband and take her children to safety will be more likely to be stopped and returned to her tormenter.

It’s laudable to turn our attention to the root causes of the refugee crisis out of Central America. But if the aid package intensifies the same policies that contributed to the crisis — as Biden’s clearly does — then we’re moving in the wrong direction. American taxpayers have no reason to throw more hard-earned money at the Washington NGOs, corrupt foreign governments, abusive security forces, and avaricious security industry that have perpetuated the failed drug war far beyond any justifiable error.

Despite the seriousness of the current situation, this is a classic case of where doing the wrong thing can be far worse than not doing anything.