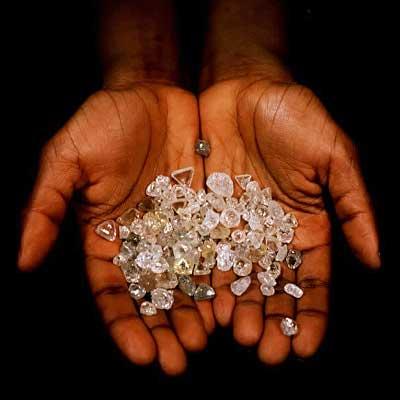 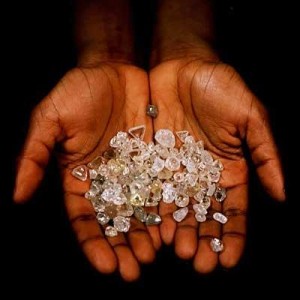 For the past couple of months, the National Association of Manufacturing, the U.S. Chamber of Commerce, and their public relations hoplites have launched a campaign to invalidate Section 1502 of the Dodd-Frank Act. The legislation, which was passed July 21, 2010, ostensibly requires public corporations to practice supply-chain due diligence. If a U.S. company gets its minerals from Democratic Republic of Congo (DRC), it must be able to verify that it did not buy them from militias or warlords.

Critics of Section 1502 argue that the legislation has created widespread unemployment in the mining towns of the eastern DRC, threatens to unravel existing local and international initiatives to regulate Congolese mining, reduces the competitiveness of American businesses, and has done nothing to promote stability in the region. As a result, they argue for the repeal of Section 1502 on the grounds that it has done more harm than good, for everyone.

However, the critics of Section 1502 are wrong. The best way to promote development and stability in eastern DRC is through more, not less, regulation of U.S. businesses that profit from Congolese minerals.

Real Cause of Unemployment

Critics of 1502 insist that the expense required for verification of adherence to the legislation’s provisions has led to a de facto embargo on Congolese minerals, which in turn has created widespread unemployment in the mining towns of DRC. This claim is false on three counts. First, Section 1502 has yet to be implemented. Despite claims to the contrary, key provisions of 1502, such as what conduct or due diligence is expected from companies, have yet to be finalized.The Securities and Exchange Commission can take until December 2011 to do so. Thus, assertions by Bloomberg News that Congolese mineral exports are down 90 percent due to Section 1502 are simply wrong.

Second, the supply-chain due diligence program will likely be voluntary rather than mandatory. While proposed legislation suggests that companies will be required to provide verification of conflict-free minerals, it does not include any type of penalty for non-compliance. In addition, in its most recent press release on the issue, the Bureau of Economic, Energy and Business Affairs section of the State Department affirms that companies have the choice to “coordinate efforts through industry-wide initiatives…and effectively discharge the due diligence recommendations.”

Third, although several Congolese mining towns have experienced surges of unemployment, the cause cannot be attributed to a law that has yet to defined, let alone implemented, and will most likely be voluntary in important ways. Rather, the ongoing global recession, the Congolese government’s recent ban on mining, the oversupply of minerals (evinced by the drop in prices for tin and tungsten over the past several months), and competition from suppliers in other countries are the more realistic causes of the increase in unemployment.

Nor will the legislation undermine any local and international initiatives that promote supply-chain due diligence. Contrary to some claims, Section 1502 will enhance existing initiatives to regulate companies in that region. Indeed, 1502 complements and does not compete with programs and guidelines sponsored by The International Conference on the Great Lakes Region (ICGLR), the Organization for Economic Cooperation and Development (OECD), the International Tin Research Institute (ITRI), and those from the Electronics industry, such as the Global e-sustainability Initiative and the Electronic Industry Citizen Coalition.

Because 1502 has yet to be implemented, the ITRI Tin Supply Chain program has been the only one operating in the region. Malaysia Smelting Corporation, the primary international buyer of tin concentrate from DRC and Rwanda, has asked suppliers, since April 1, 2011, to comply with the tagging system of the ITRI Tin Supply Chain Initiative. Contrary to the claim of the critics, then, Section 1502 is not in competition with other initiatives. Support across different industries, from the tin industry to Intel and Hewlett Packard, also suggests that due-diligence programs will not reduce American competitiveness in the region.

The legislation has done little to promote stability in the region. But that is because 1502 is too limited, not too extensive. Supply-chain due diligence must be combined with due diligence in international banking to reduce the amount of capital leaving the country and deposited in private European and American bank accounts. Such capital flight prevents any chance to stimulate economic and social development within DRC, if not the entire region. Section 1502 should also be extended so that it applies to members of the Congolese, Rwandan, and Ugandan military elite.

An unregulated mineral trade best serves the profits of some U.S. companies in the region. Supporters of 1502, however, recognize that supply-chain due diligence can help contribute to development and stability and thus best serve the interests of the Congolese people.

Patrick CannonForeign Policy In Focus contributor Patrick Cannon teaches international political economy at Sacramento State. He is a former Fulbright lecturer in the department of international relations at the University of Kinshasa.