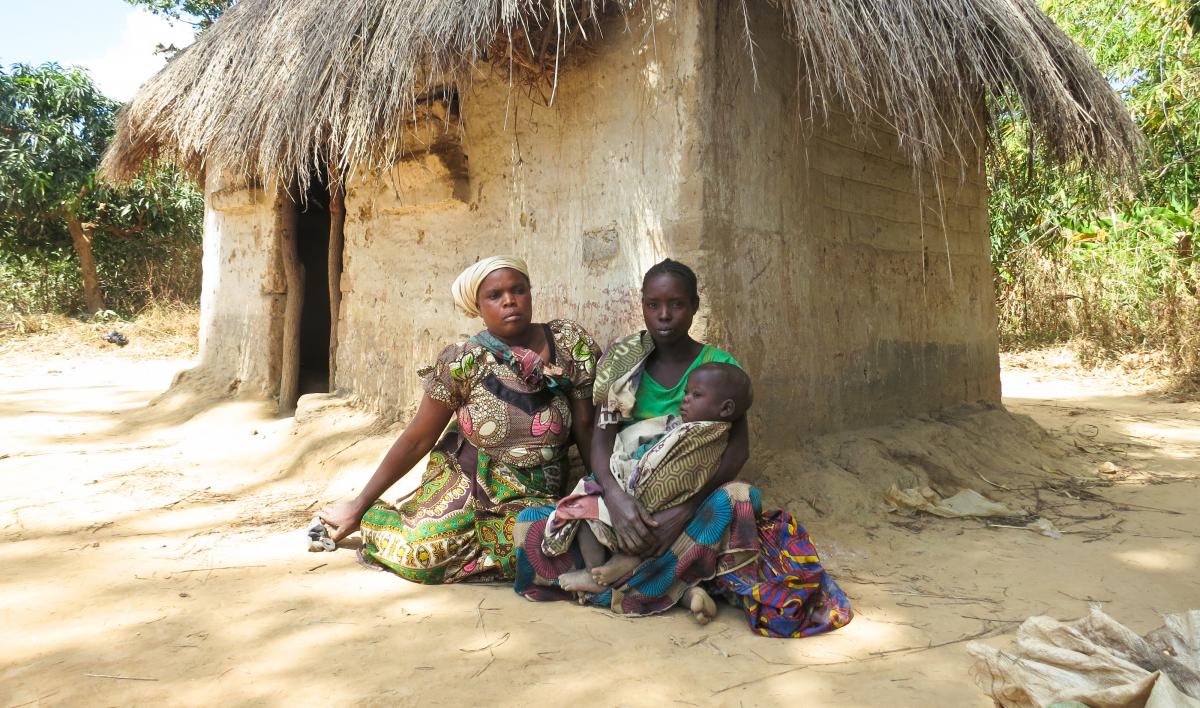 Ruth Mwitwa (left) and Gloria Kango were convicted of criminal trespass for being on land they have lived and farmed for decades, and now belongs to a commercial farmer. They were sentenced to three months’ imprisonment and were detained with their breastfeeding children. Gloria was also four months pregnant during her detention. © 2017 Samer Muscati for Human Rights Watch

Corporate Self-Regulation Is a Global Crisis

When companies do business in a regulatory vacuum, they make their own rules. And from the U.S. to Zambia, many governments are only too happy to let them.
By Chris Albin-Lackey | November 8, 2017

Every few years, a journalist flies to Zambia to write an article about Kabwe, “the world’s most toxic town.”

For more than a century, Kabwe was home to an enormous lead smelting plant that belched its dust into the air and poisoned the soil for miles in all directions, heedless of the damage it was causing. The plant closed in 1994, but not much has been done to clean up the worst of it. Residents — particularly children — have continued to get sick and even die from lead poisoning in terrifying numbers.

The case for corporate accountability is often made by telling stories like these, and it’s not hard to understand why.

Kabwe is a cautionary tale that reminds us what can happen when vast industrial machines are left to their own devices, unchecked and unaccountable. But the spotlight cast on places like Kabwe risks throwing half the story into shadow. When business goes wrong or goes rogue, communities are bled dry by a thousand cuts more often than they are crushed under the weight of one enormous wheel.

When Companies Make Their Own Rules

This is all possible because of a particular kind of lawlessness that “responsible” business actors have grown too comfortable accepting and helping to entrench. And it’s a problem that seems to exist everywhere, in different ways, from India’s mining sector, to Cambodia’s garment industry, to the debt buying industry in the United States.

The problem isn’t just that an approach without robust enforcement of the rules enables massive corporations to run roughshod over rights, but that it creates environments where it becomes impossible to hold the whole vast ocean of smaller companies that never make headlines to any coherent standard.

We live in a moment when many businesses claim to be responsible. But few acknowledge what might be their most important responsibility: to accept that they need to be bound by rules they don’t set themselves. Many leading corporations tout their adherence to meaningful voluntary standards, agreeing to be judged and sometimes audited against them — but not actually bound. Many of the same companies rabidly oppose any move to make those standards mandatory or to enforce relevant legal standards more vigorously.

The government of Ecuador has launched a process that aims to produce a binding international treaty on business and human rights. That’s still at an early stage, and its political prospects as well as its substantive content remain uncertain. In the meantime and apart from that, most of the action in the business and human rights space continues to be around the development and improvement of voluntary standards.

Outside of anti-corruption movements, where there’s been a strong trend toward global regulation, this has been true for decades. Across diverse sectors of the global economy — from private security to garment manufacture and from extractive industries to jewelry — leading companies have come together around voluntary standards meant to set a higher bar than the exceedingly low one they often encounter in law and regulation.

Some of these initiatives are valuable and important, and have improved the behavior and awareness of corporations that touch lives and communities around the world. But there’s no way to force everyone to join these clubs, and their existence doesn’t change the fundamental reality: When companies do business in a regulatory vacuum, they make their own rules.

And too often, governments are quite happy to duck the responsibility that comes with regulation, letting companies police themselves instead. But what’s happening to Zambian farmers right now, far from the glare of any media spotlight, helps illustrate the futility of that approach.

No One to Name or Shame

If you leave Lusaka at dawn, drive right through Kabwe without stopping, and keep driving many more hours north, you’ll arrive in a rural district called Serenje in the late afternoon. It is a remote, economically marginal corner of Zambia that the government thinks it can transform by laying the groundwork for enormous agricultural investments.

The megaprojects government planners envision as the cornerstones of prosperous Serenje farm blocks have yet to materialize. But this doesn’t mean that all is quiet; far from it. Commercial farmers are moving in — not the vast operations planners are still hoping to woo, but operations far larger than the small-scale agriculture most people in the area engage in. They have been lured with the promise of land, and they expect to have it.

The problem is that families — in some cases whole villages — are already there.

This was by no means a problem beyond the Zambian government’s capacity to avoid or, having failed to avoid it, to solve. But instead, the commercial famers have largely been left to their own devices to deal with families whose homes stand in the way of their ambitions.

Almost every one of the resulting stories is a different kind of quiet tragedy, as Human Rights Watch chronicled in a new report. Dozens of families who had always lived simple but comfortable lives suddenly found themselves pressured to accept paltry compensation and many became homeless and destitute. One impatient commercial farmer used tractors and chains to rip down the houses of people who did not want to make way. A group of families spent more than a year living in tents in the forest, waiting for help from government officials who seemed to have forgotten their existence.

For every Kabwe, there are many more Serenjes. And when our researchers dug all the way to the bottom of what went wrong in Serenje, they didn’t find a handful of corporate titans who could be shamed, sued, or persuaded as a way to effect large-scale change. Instead, they found a confusing array of smaller actors whose collective impact on the families around them had been devastating — each in their own uniquely terrible way.

But at root of it all were government officials who didn’t understand or care about their own responsibilities, nodding sympathetically and pointing their fingers at one another.

Zambia has laws and policies on the books that should serve as imperfect but useful tools for managing the situation in Serenje, but everyone is ignoring them. Key local officials were entirely unaware of regulations meant to govern any involuntary resettlement of rural communities. The Zambian Environmental Management Agency struggled to find records indicating whether commercial farmers in Serenje had bothered to conduct mandatory Environmental Impact Assessments.

Business leaders need to acknowledge that being responsible means more than just a deliberately narrow focus on their own immediate behavior. It means accepting the need for tough enforcement of rules that bind themselves as well as others to respect rights they might otherwise threaten. And business leaders need to understand that anything less means helping to entrench an approach that inevitably leads to shattered lives.

Chris Albin-Lackey is a senior legal advisor at Human Rights Watch who has done extensive research on the human rights impact of business activity around the world.