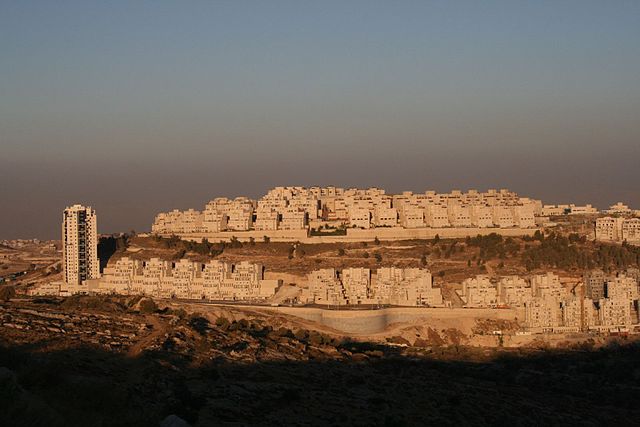 Countering Boycott Calls With Anti-Semitism Accusations: a Sure Way to Lose the Argument

Many Israelis view almost any call for a boycott of Israel as a manifestation of a new type of virulent anti-Semitism.
By Doron Pely | February 6, 2014

Israel is a small country, but it captures a disproportionately large chunk of almost every news broadcast, anywhere around the world. People tend to have passionate views about Israel, and Jews.

One increasingly prominent expression of people’s views about Israel is the growing chorus of advocates of various forms of boycotts against Israel, to make it pay a price for its military occupation of the West Bank, and its continuing siege on the Gaza Strip. Governments, financial, academic and commercial institutions and organizations advocate and practice a variety of boycotts against Israel, its companies, and its academic, financial and governmental institutions.

Some of those calling for boycotts against Israel are anti-Semites; most of them, however, are decidedly not. In fact, many of these protesters want to see an Israel that thrives and succeeds, and their calls for boycotts stem from desperation at seeing the country they care about act in ways that they consider immoral.

Yet, many Israelis and many Jews across the world view almost any call for a boycott of Israel as a manifestation of a new type of virulent anti-Semitism, a position that finds multiple, varied outlets.

In a recent OpEd column in the Israeli daily newspaper The Jerusalem Post, arguing against what he sees as the unfair singling out of Israel for economic boycotts, US Law Professor Alan Dershovitz, an ardent advocate of Israel, wrote: “the advocates of BDS [Boycott, Divestment, Sanctions] are simply expanding the notion of anti-Semitism beyond the individual to the nation state of the Jewish people.” In case anybody had any doubt of his opinion, Dershovitz added: “Treating the Jew among nations precisely the way classic anti-Semites have treated the Jewish people is simply a new adaptation of the oldest of prejudices.”[1]

A recent report issued by the Simon Wiesenthal Center has labelled the BDS (Boycott, Divestment and Sanctions) movement against Israel “a thinly-veiled, anti-Israel and antisemitic ‘poison pill, whose goal is the demonization, delegitimization, and ultimate demise of the Jewish State.”[2]

Israeli politicians and other public figures are also jumping on the “anti-Semitism” bandwagon. Member of Parliament Motti Yogev recently charged US Secretary of State John Kerry with applying on Israeli Prime Minister Binyamin Netanyahu “obsessive pressure, which may have anti-Semitic undertones.”[4]

Responding to the boycott movement by accusing every campaigner of anti-Semitism may be a tempting path; however, such a strategy may present three risks: it may draw counter accusations, claiming that Jews are reflexively anti-gentile; it may severely dilute the serious need to monitor and respond (in concert with the international community) to real and present instances of anti-Semitism around the world, and it will succeed in not dealing at all with the very real arguments that fuel the boycott campaigns.

If Israeli anti-boycott advocates have proper arguments, that respond to the issues raised by the campaigners, they should start thinking about bringing them to the foreground. Such a line of action may stimulate a serious examination of the issues, both by the proponents of boycotts, and by those who feel a need to defend and protest against them. However, if anti-boycott advocates find that they cannot advance proper arguments to counter the boycott calls, that should give them a cause to maybe reconsider their position and posture, as well as the country’s strategy and policy towards its relationship with the Palestinians, an issue that is not going to go away unless and until it’s dealt with properly and seriously.

A return to the old “the whole world is against us, and they all hate us because we’re Jews” argument may not be the best strategy, neither for Jews in general, nor as a response to the boycott movement.

And besides, there’s an old Jewish saying: “Haposel, Bemumo Posel” (judge not that ye be not judged). Perhaps Jews should bone up on it before they throw the accusation of anti-Semitism.

Doron Pely is a contributor to Foreign Policy in Focus, a Ph.D. candidate at Kings College London, and the executive director of the Sulha Research Center in Shefar’am Israel. His research focuses on Muslim dispute resolution.