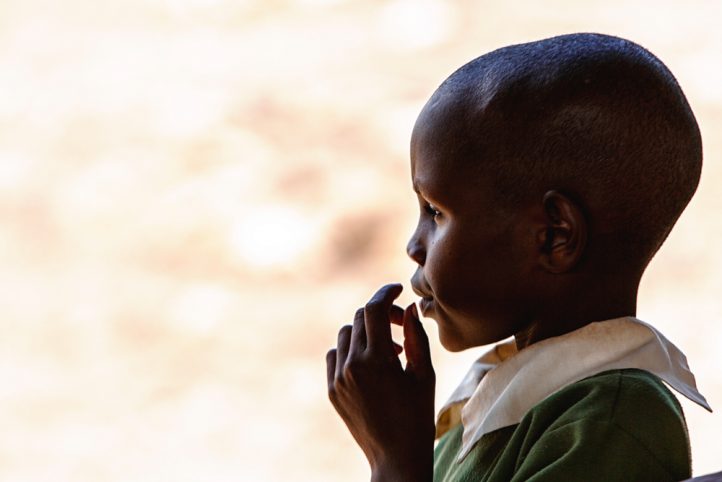 Schools and families the world over are grappling with the challenge of educating children in a pandemic. Pushing children back into schools might increase the COVID-19 infection rate. But keeping them home could threaten their future too — particularly if they don’t have internet access.

Even in the wealthiest nations, the digital divide is widening inequality gaps, leaving many poor children behind. In the United States, nearly 17 million children lived in homes without high-speed Internet in 2018. While school systems there are rushing to close these gaps, millions of American children are still disconnected.

The problems in my country, Kenya, are much more severe. According to the latest UNICEF publication, just six percent of children have access to the internet in the eastern and southern Africa region.

Amongst the Kenyan children without internet access are vulnerable rural girls and boys with untold stories and dreams, whose hopes for the future remain in limbo. COVID-19 is particularly devastating for my country’s large orphan population, whose stories are already hidden in data and figures. Kenya has an estimated three million orphans, one third of whom lost their parents to another global pandemic, HIV-AIDS.

Education once gave these vulnerable children a glimpse of hope. But not now, with schools closed for the past six months, they’ve gotten used to the idea of no school calendar in 2020. Once again these children are having to live through a pandemic, their dreams left at the mercy of an unpredictable future, in remote rural villages, with weak education and other infrastructure.

One likely COVID-19 impact is a rise in teen pregnancies, since adolescent girls are without the safety net that schools provided. This gendered menace deprives young girls of the opportunity to further their education and attain their career goals. It also exposes them and their children to major health risks. According to the World Health Organization, “pregnancy and childbirth complications are the leading cause of death among girls aged 15–19 years globally.”

One pregnant 15-year-old, “Adelina” (not her real name), spoke about her predator with the community action team of the Rona Foundation, which supports rural widows and orphans.

“He bought me toilet paper and ng’ombe (a type of moisturizer similar to petroleum jelly that sells for 30 Kenyan shillings, or about 28 U.S. cents),” she said. “He threatened to kill me, if I ever told anyone.”

Adelina, who lost both of her parents and has been under the care of her aging grandmother, explained that the predator and her close relatives agreed to let the matter rest, with a promise that she would later be taken to live in the city with an aunt she has never met.

Similar stories are rampant across remote rural villages in Kenya, yoking even the bravest of feminist hearts.

“Prolonged closure of schools means a number of our girls will not have a chance of coming back to school” says Lawrence Otunga, Chairman, Trained ECD Teacher Association (TETA) Kenya.

What can be done? The Kenya Ministry of Education has tried to launch a “community-based” learning plan with classes in open places, but it has been blocked by a court order. Since then, government officials have issued contradictory statements as they struggle to come up with alternative plans.

While one can understand the complexity and the uncertainty of the moment, there is an urgent need to fast track key actions to safeguard further social and economic consequences on Kenyan society and the economy.

The government should partner with businesses and nonprofit organizations that have resources, networks, and access to remote villages. Implementing community-based learning through local grassroots organizations may be the way to make this alternative approach achievable at this point of the pandemic.

The Ministry of Education will also have to revive the now dead laptops for primary children project, with policies that provide remote learning opportunities at the pre-primary level that are vital now more than ever. To do one and not the other, means rural children will never be able to compete with their urban counterparts, and technology-enhanced teaching and learning will remain a mirage.

Besides digitalizing the syllabuses, there is a greater need to build capacities of teachers on e-learning, create e-learning labs in rural schools and community centers, and stabilize the electricity supply in far-fetched counties, or/and fund alternative energy sources to rural schools.

COVID-19 has revealed the desire for a creative and craft/talent economy besides classroom learning. So, as the government grapples with education challenges during and beyond this pandemic, there is a need to take little steps in reimagining the learning environments.

In the long term, there is also a need to involve more stakeholders to support ongoing efforts to replace our traditional system with one that focuses on core competences such as communication and collaboration, critical thinking and problem-solving, creativity and imagination, citizenship, digital literacy, learning to learn and self-efficacy.

Kenya’s challenges are extremely serious. But we are not alone. According to UNICEF, at least 31 percent of schoolchildren worldwide cannot be reached by remote learning programs, whether through the internet, TV, or radio.

The whole world will suffer from the lost educational opportunities for these many millions of children left behind.

Roseline Orwa is founder of the Rona Foundation, which supports rural widows and champions the protection and advancement of their rights, alongside orphan education, care, and support via the Rona Orphans and Widows Centre in rural Kenya. She is an Atlantic Fellow for Social and Economic Equity and an appointed Commissioned Expert with the Ministry of Labour and Social Services. She tweets at @roselineorwa