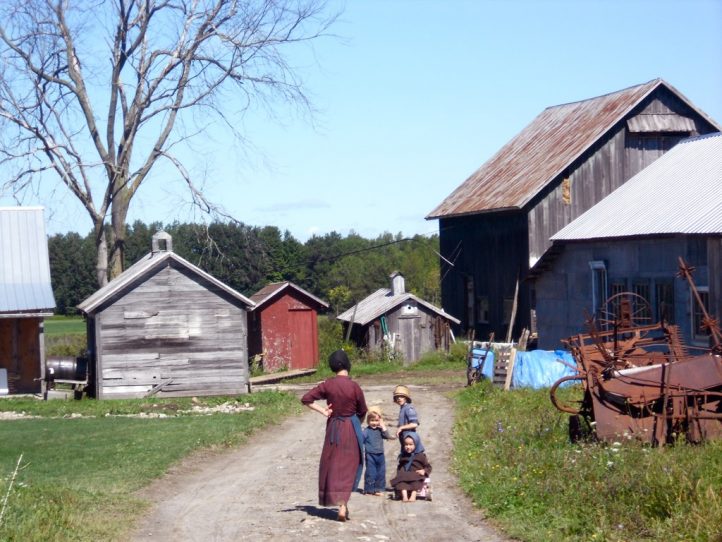 Now that the movement to address climate change at the systemic and cultural level has gained unprecedented momentum, it is critical for us to establish a viable alternative economy that committed citizens around the world can join. The basic unit of that economy should be fossil-fuel-free (FFF) communities.

In these FFF (fossil-fuel-free) communities, to be built from the ground up, nothing eaten or consumed, no form of transformation or communication employed, and no aspect of housing, furniture or utensils will contain fossil fuels (including plastics or fertilizers). Nor will any of these items be produced, transported, or manufactured using fossil fuels.

Such FFF communities can serve as uncompromised building blocks of a truly carbon-zero economy, polity, and culture. Although small at first, such communities will not be dependent for food, energy, or finance on corporations or banks tied to fossil fuels.

Creating such communities will require considerable bravery and sacrifice, and the number of people willing to commit will be limited at first. But recent demonstrations around the world suggest that a critical mass is in place. It will not be long before small-scale FFF communities can become powerful economic and political players that can take on investment banks and oil companies and demand an immediate end to all use of fossil fuels in the place of a vague and open-ended plan to phase out fossil fuels in a manner that does not affect profits.

Such FFF communities make for their small size with their complete independence.

The core of FFF economics will be organic farms that produce 100 percent organic food and transport it without the use of fossil fuels to its citizens. At the beginning, citizens of these communities will encounter a significant drop in the diversity of their diet because the food will be grown at home, or in the neighborhood, or it will be brought in from local farms without the use of fossil fuels.

Food will be sold (or exchanged through barter) in communal markets that encourage collaboration between farmer and citizen, rather than a transaction between a corporation and a consumer. Such markets will serve as the foundation for new patterns of economic exchange that are entirely detached from fossil fuels. We do not have such communities these days, but they were the dominant paradigm for hundreds of thousands of years.

Partial models for self-supporting fossil-fuel-free economies exist today among the Amish (currently the fastest-growing farming communities in the United States). Although the media often portray communities who engage in organic agriculture without the use of machinery as odd, they alone have embraced a sustainable economy while the rest of the United States embraced an unsustainable system of industrialized agricultural production tied to global trade.

Such food production will give young people paying jobs in agriculture and distribution that will be morally dignified—and without the deep alienation created by most modern work. To produce and deliver food in a manner that does not contribute to the destruction of our Earth is a noble act that can inspire many to join the effort. The use of carbon-free transportation, even if profoundly limiting at first, will eventually be seen as acts of moral bravery not merely unpleasant inconvenience.

Local manufacture without the use of fossil fuels will require producing items that will last: desks and chairs, bookshelves and chopping boards, shirts and sweaters, cups and pots that can be used for 20 to 50 years, or longer. That shift means both an end to a commercial, consumption-driven culture and a focus on well-made products. Such manufacture will also guarantee long-term jobs for the next generation.

The greater challenge is how to make integrated circuits and supercomputers without employing fossil fuels. A massive effort will be required to find new technologies that deliver the advanced technologies without falling back on petroleum or coal.

New mechanisms of finance will also be necessary to support this transition. A sturdy sweater that can last for 30 years might cost $400. The current economic system produces cheaper products that don’t last as long and are produced in a manner that destroys the environment. By contrast, if financing were readily available on a small scale, that sweater could be paid off over 10 years and the real cost would be less than a less durable version. Similarly, solar panels financed at zero interest over 30 years are cheaper than using natural gas or coal immediately, even for those with no assets.

The establishment of an FFF currency can be immensely helpful in this process. This currency would represent the contribution of the individual to society and would be backed by agricultural products and other manufactured goods that are produced in the community. As the use of this currency expands across the local economy, and eventually extends to the global economy, it can help support a parallel financial system.

Finally, global trade contributes a great deal to climate change. Shipping goods across the Earth in the search of financial advantage does tremendous damage to the environment through carbon emissions and the destruction of forests and jungles to produce factories and factory farms. Displacing the ecological costs of cheap production to India or China allows people the world over to enjoy cheap products whose sticker prices do not reflect their true cost. FFF communities, whether in Nebraska or New Delhi, offer a meaningful alternative to this destructive cycle.

At the deepest level, the response to climate change must start with a revolution in people’s attitudes and perspectives, not with innovations in technology and governance. The FFF community can be a space where such a cultural transformation can take place without being interrupted by commercials promoting automobiles or the thoughtless consumption of food. The cult of the self and glorification of immediate gratification promoted in a commercialized economy must be replaced by a culture based on moral philosophy, frugality, humility, and the simple virtue of participation in society. These communities, because of this intellectual and moral independence, can create a culture that offers the earth’s citizens a true alternative to the dominant commercial culture.

Such FFF communities can start to undermine the false assumptions promoted by the ideology of modernity which holds that human condition is improved by excessive consumption, a vast increase in possessions, urbanization, and transportation via private automobiles and airplanes. Without challenging this larger ideological framework, a fundamental social shift cannot take place. Without such a transformation, “going green” will be limited to cosmetic changes within an economy built on fossil fuels (green lipstick on a filthy pig).

FFF communities can introduce a new set of values such that citizens feel that the tasks required to create a society without fossil fuels have greater value than activities destructive to the environment.

The FFF community can also help dethrone the misleading concepts of real estate and private property. For example, a pledge by those joining the FFF community to end their ties to fossil fuels could be central to membership. This action parallels the village contract that was so central to agricultural communities in Europe, Asia, the Americas, and elsewhere up until the establishment of enclosure acts that ended the commons and the promulgation of the concept of real estate. The modern village contract should spell out in a binding, rather than symbolic, manner the responsibilities that each individual has to contribute to the production of food, tools, furniture, transportation, and governance as well as the commitment of the community to provide for the members of the community for a lifetime.

Membership in the fossil-fuel-free community must be open to everyone, not just those with the assets the education or the cultural sensitivities necessary to act green. It’s a dangerous delusion to think that the upper middle class can create a green economy by driving Teslas and installing overpriced solar panels. Everyone should have access to information about the climate crisis, and be qualified for membership in a FFF community. The climate crisis disproportionately affects the poor and the working classes. Their participation in FFF communities, accompanied by access to quality education and other opportunities, will be essential.

At first glance, it seems mysterious that those who risk everything in demonstrations about climate change return home by automobile to eat food produced and cooked with fossil fuels. For all their spiritual commitment, they have not been able to break out of the carbon cycle. But there is no mystery. Breaking away from fossil fuels is not a matter of progressive policies, but of revolutionary politics.