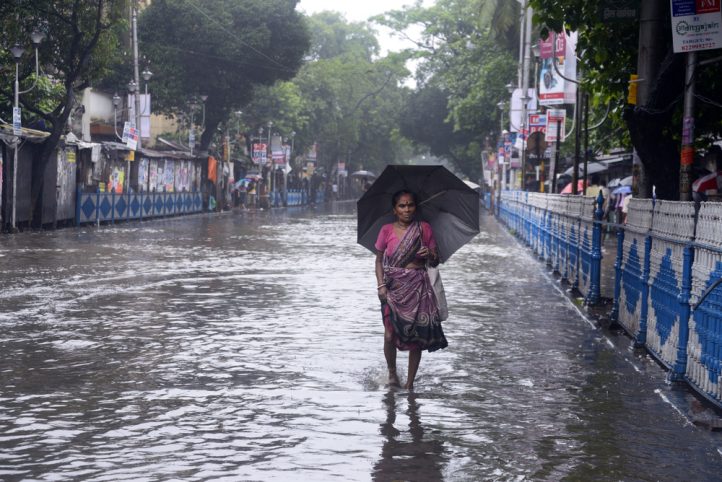 In the march of the news cycle in U.S. media, the devastation of Cyclone Amphan in Bangladesh and Eastern India is all but forgotten. But the several million people who live there, and those of us with ancestral ties to the region, don’t have the luxury of forgetting.

Neither, really, should anyone else. The story of Amphan — including the surprising successes of the response as well as the horrors and the underlying causes — hold very important lessons for everyone, including here in the United States.

Cyclone Amphan lashed Bangladesh and the neighboring Indian state of West Bengal with 165 kph (105 mph) winds and a 5-meter (15 ft.) storm surge. Almost 100 people lost their lives in India, and another 26 in Bangladesh. According to the UN, 10 million people in Bangladesh were directly affected and 500,000 families were left homeless. On the Indian side, the Chief Minister of West Bengal estimated the damage in her state to be $13 billion.

The Sundarbans, the world’s largest mangrove forest, bore the brunt of the storm. Local residents, who are poor to begin with, had their livelihoods devastated, with farmlands submerged in salt water and homes destroyed.

Kolkata, a city of 15 million (and my birthplace), was severely hit as well. Power lines went down, leading to deaths from electrocution and prolonged blackouts affecting millions. Thousands of trees were downed, killing people and blocking streets. As with any disaster, the poor were most affected, with many of the city’s numerous shantytowns devastated.

Saving Lives Takes Will and Planning

Tragic as the death toll is, it could have been much worse. Both the Bangladesh and West Bengal governments acted swiftly and successfully to evacuate large numbers of people — about 2 million and 1 million people, respectively, from each place.

Evidently, saving lives doesn’t take a whole lot of resources. It takes planning, preparation, and will.

A representative of the World Meteorological Organization referred to the mobilization for the cyclone in the South Asian countries as “a textbook example of how it should be done.” (A caveat — while the evacuation planning by governments on both sides of the border was indeed commendable, let’s not kid ourselves into thinking that they’re somehow progressive and egalitarian. They’re not. More on that later.)

The question for us in the U.S. is, will we let go of our arrogant presumption that we have nothing to learn from other countries — with an added layer of racism if the countries are majority non-white?

Next, let’s ask what made such a severe storm more likely in the first place.

Bay of Bengal cyclones aren’t a new phenomenon. But, just as with violent storms worldwide, they’ve become more severe because of the warming of our planet. Climatologists are attributing the intensification of Amphan to a warming Bay of Bengal.

As with much else in our world, not everyone is equally responsible.

India and Bangladesh have respective per capita carbon dioxide emissions of 1.7 and 0.5 kilotons, compared to 16.5 for the U.S. and an outrageous 43.9 for the oil-rich nation of Qatar.

Looking at cumulative historic emissions makes the inequalities even more stark. The U.S. alone is responsible for a quarter of the world’s greenhouse gas emissions since 1751, which is more than the 28 countries of the European Union combined. This compares to 3 percent for India, and a negligible number for Bangladesh. And science says that cumulative emissions do matter. Changes in carbon dioxide concentration, in particular, can persist in the atmosphere for “thousands of years.”

Remember that next time you hear sociopathic demagogues from rich countries ranting about how they don’t want to squander money on climate action in poor countries.

Just in case you thought only one political party was to blame for America’s climate criminality, recall that past Democratic administrations in the U.S. have also dragged their feet on climate action. The Obama administration is often credited with “leadership” on global climate action, specifically for its role in the Paris climate accord. However, pressure from the U.S. contributed to the Paris accord being non-binding (and consequently, toothless).

A more honest assessment of the Paris accord would be that the U.S. sabotaged it, not that it helped usher it in. The explosive growth in U.S. oil and gas production during the Obama years is still more evidence of the Obama administration’s climate hypocrisy.

These North-South inequalities are a correct — but not a complete — picture. They don’t take into account the grotesque inequalities of wealth and power within Global South countries.

The share of India’s national income going to the top 1 percent reached a low of 6 percent in 1982, a pretty steep decline from the 20 percent level in the 1930s during British colonial rule. But then it started rising again, reaching even higher levels than in colonial times. Since the implementation of neoliberal economic “reforms” imposed by the International Monetary Fund (IMF) in the early 1990s, the increase has been steady.

None of this was inevitable. It was the result of conscious political choices embraced by the Indian elite to restructure India’s economy for their own benefit at the expense of the majority of Indians.

Neighboring Bangladesh has its own story of growing inequality, with the share of national income captured by the top 10 percent growing from 21 percent to 27 percent between 1984 and 2010, and the share of the bottom 10 percent decreasing from just above to just below 4 percent.

This matters a lot in the context of disasters such as Amphan. The poorer people are, the more vulnerable they are when disasters hit, and the less resources they have to rebuild their lives. And in highly unequal societies, the less political clout they have to demand governmental assistance.

We’re already seeing evidence of this in post-Amphan India. Impoverished residents of the Sundarbans are complaining of the failure of  local governments to distribute food. Landless peasants are guessing, based on their experience with past disasters, that their landlords will get all the government relief funds when they’re eventually distributed.

In India in particular, the widening economic chasm between the haves and the have-nots is happening against a historical backdrop of deep-seated social inequalities based on factors such as caste and religion.

Dalits, who are lowest in the Hindu caste hierarchy, have faced centuries of apartheid that persists today. Adivasis, or Indigenous peoples, are routinely displaced and dispossessed for the benefit of extractive industries. Both Dalits and Adivasis are significantly poorer on average than higher caste Hindus. And both communities routinely face vigilante violence as well as state repression when they assert their rights.

The Muslim community is the prime target for state-sanctioned violence in India. India’s current fascist Bharatiya Janata Party (BJP) government (yes, the term is accurate) is rooted in political formations whose foundational agenda is Islamophobia. True to form, the BJP has pursued an unabashedly anti-Muslim agenda in power, through state policy and open incitement of vigilante violence.

This is the broader political context in which Amphan struck India. It will require vigilance and struggle to ensure that Muslims, Dalits, and Adivasis aren’t discriminated against in the recovery process, or worse still, criminalized and targeted for removal and violence.

Once again, there’s much for us in the U.S. to learn from the Indian context.

We also live in a deeply unequal and repressive society, where law enforcement officers routinely murder black and brown people with impunity. We haven’t reached full-blown fascism yet, though there have been indications over the last several years that we’re on our way down that road, and recent developments that are even more alarming. We need an urgent course correction to ensure we don’t become like India during Narendra Modi’s second term in office.

A Teachable Moment for the U.S.

There are clear takeaways for us in the U.S. from the South Asian disaster and its context.

First, we need to prioritize and put resources into responding to disasters with compassion and justice, following the lead of affected communities. If Global South countries with far less resources than the U.S. can save more lives in disasters, clearly it can be done.

Second, we need to address our vastly unequal contribution to climate chaos by cutting our own emissions and fossil fuel production, with a just transition for communities and workers. We need to contribute our fair share to addressing climate change in poor countries, accounting for our high per capita and cumulative emissions and our relative wealth. And we need to drop the hubristic notion of “American leadership,” opting instead to work in good faith as an equal partner with other countries to negotiate a strong, binding international agreement on climate change.

Even as we step up on issues of global equity, we must reverse course domestically on economic policies that have made a few people fabulously wealthy at the expense of everyone else. My Institute for Policy Studies colleagues and numerous other experts have developed policy prescriptions to do that.

Most urgently, we have to reverse our slide into fascism. And we can’t do that without confronting longstanding white supremacy, as large numbers of people across the country are demanding right now.