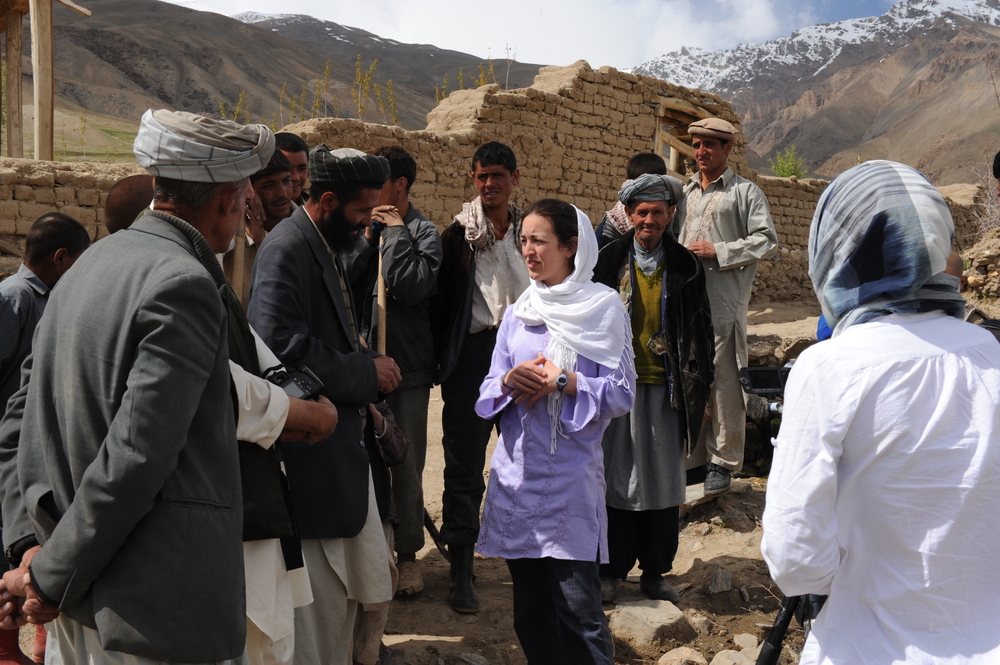 The country's 2004 constitution permits significant local control. Actually practicing it could protect women and minorities in the event of a Taliban takeover in Kabul.
By Inge Fryklund | May 12, 2021

What will become of Afghanistan after the U.S. withdraws its forces by September 11?

The U.S. government appears to be resigned to a Taliban takeover, and hopes only for a kinder, gentler version of the fundamentalist Sunni theocracy that ruled Afghanistan from 1996 to 2001. This, of course, still leaves non-Pashtun Sunni ethnicities, the Shia Hazara, and women of all communities out in the cold. The May 8 massacre of Hazara schoolgirls underscores the reality of the danger.

There is a real solution that could preserve minority and women’s gains and prevent the country falling to the Taliban — or into civil war. There is still time to implement it if we can think clearly — and rapidly — about how we reached the present state of dysfunction.

There seems to be an emerging consensus that the massive centralization of the Afghan government does not work, and is in fact the main driver of local disaffection and insurgency. New York Times analyst Max Fisher recently made this point, and others too have argued that a change in Afghan governance structure is needed.

That will be difficult to achieve short of another Loya Jirga, or national convening. However, the assumption that the country’s 2004 constitution requires a totally centralized government is simply incorrect.

Afghanistan’s constitution actually provides a model of decentralization that harks back to pre-Soviet practice. It provides for elected mayors and city, district, and village councils. Early in the U.S. intervention and occupation, Ahmed Karzai — the first post-Taliban president — wanted central control and the U.S. acquiesced, so none of these provisions has been implemented.

To this day, the Afghan president appoints every mayor in the country. Councils do not exist, and Kabul controls all municipal hiring and expenditures, even though municipalities are self-financing through their own tax revenue and receive no support or services from Kabul.

Would Americans stand for this? In the absence of any political accountability at the local level, we too might be inclined to pick up an AK 47. As Tip O’Neill famously said, “All politics is local.” Yet in Afghanistan, occupation authorities ignored that wisdom and supported both Karzai and current president Ashraf Ghani in massive centralization.

Technically, local entities don’t need Kabul’s permission to begin acting per the Constitution. They can simply do so. Neither is foreign assistance needed. Local elections were held pre-Soviet and local people can manage. Some Afghans are old enough to remember.

This would, however, require the U.S. making it clear that it does support the (albeit tardy) implementation of the 2004 constitution — and will not support any further efforts by Kabul to impose extra-constitutional authority. We cannot be wedded to preserving — or propping up — the status quo in Kabul.

I think the Taliban too have made the centralization assumption. They want to take over in Kabul because they expect it will afford them control of the central levers of power that currently hamstring the districts and municipalities. In this view, negotiation with the Taliban is simply divvying up the spoils in Kabul.

But regardless of who holds power in Kabul, local elections and decision-making would immediately start to create constituencies for local control, and elected officials could make decisions based on real electoral accountability and authority.

Local elected officials would be no more appreciative of the Taliban in Kabul giving orders than in Ghani. When I was working with the Kandahar city government, the city was running a budget surplus because they could not get permission from Kabul to spend their own revenues on badly needed local repairs.

Kabul could well fall to the Taliban, but that might not matter much in the rest of the country if all the big cities (Kandahar has over half a million population, and Mazar e Sharif, Jalalabad, and Herat over 300,000) were managing their own affairs and had strong incentives to keep doing so. They could be the economic engines for their regions.

The Taliban doesn’t have the personnel or organization to take over all the cities if those entities have a real stake in defending their turf — and the U.S. government is no longer facilitating the Afghan National Army’s efforts to control the cities. Constitutional decentralization stands a good chance of preventing a Taliban takeover of the whole country.

Decentralization would immediately benefit women who would not be subject to a centralized Taliban theocracy, and could continue in school wherever there is local support (as I observed in rural Laghman). There might also be a demand for technically trained young people who had jobs with USAID or the UN to work in local administration. Fleeing the country need no longer be the best option. The demand for special immigrant visas might subside.

There are some longer-term questions about whether Afghanistan should have a federal form of government in order to protect the interests of all the regions and ethnicities (including Tajiks, Uzbeks, and Hazaras) and ensure local accountability for services. Now, as in pre-Soviet times, the national line ministries are responsible for national health clinics, schools, agriculture, water, and the roads outside of municipalities, but too many decisions about resource allocation are made in Kabul, rather than devolved to the provincial level.

Federalism is a matter that Afghans can debate when they have time to do so. A major reorganization of the governmental structure is not going to happen by September 11, 2021. Immediate implementation of the current constitution, however, would move Afghanistan closer to local accountability, providing an opportunity to test out local control and management — and buying some breathing room for political debate.

The U.S. should have insisted upon implementation of the constitution 20 years ago. Even at this late date, it could prevent Afghanistan sinking into Taliban theocracy or civil war, presenting a danger to the rest of the world and to its own women and ethnic minorities.

Inge Fryklund, JD, PhD spent five years in Afghanistan between 2004 and 2014. She has worked for UNDP, USAID and its various contractors, and with the U.S. Army and Marine Corps. She has lived in Kabul, Nangarhar, Laghman, Kandahar, and Helmand Provinces, and worked with the judiciary, provincial directors of the line ministries, and with governors and mayors.