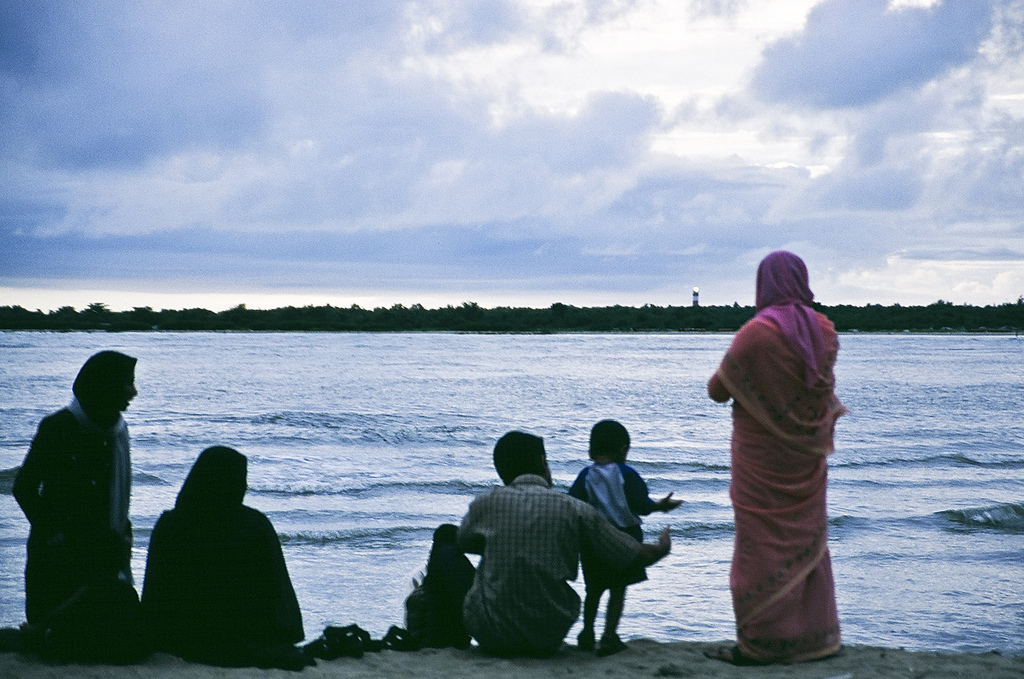 The Deep Colonial Roots of France’s Unveiling of Muslim Women

If the burkini is incompatible with fundamental French values, it is those fundamental values that have to change.
By Jeanne Kay | August 24, 2016

Throughout the summer, as a growing number of southern French municipalities banned burkinis on their beaches, the measure was widely decried as Islamophobic, counter-productive and oppressive to women. While it would be easy to reduce it to a misled, demagogue measure by right-wing mayors attempting to appear ‘tough on extremism’ in the aftermath of the Nice attack and in a national climate of rising Islamophobia, the bans are only the latest development in a long history of state-led oppression of Muslim women. In fact, the French State has been unveiling Muslim women for decades.

During colonial rule in Algeria and the Algerian War of Independence, French military propaganda enjoined women to unveil themselves as acts of allegiance to both the French state and “civilization” itself. In turn, remaining veiled was an act of cultural and national resistance. Following years of controversy on the subject, France passed a law to ban headscarves in schools in 2004, and in 2010 Nicolas Sarkozy’s government banned the burqa in all public spaces.

Each time the French government attempts to unveil Muslim women, it does so under guise of liberalism. The universalistic, humanist values of the Enlightenment are brandished as the state presents itself as the protector of secularism, women’s rights, and civilization itself against the supposed, constructed barbarism of an extremist other, an enemy within the French nation. Yet these supposedly universal values are in fact eminently specific to France and its colonial history, and instrumentalized to perpetuate state racism. So when Prime Minister Manuel Valls declares that burkinis are “not compatible with the values of the French Republic” he is, in a way, correct, but the issue lies with the values of the French Republic, not the burkini.

A foundational principle of the French modern state is that of laïcité, which, although synonymous with secularism, is a uniquely French concept. While anglo-saxon secularism traditionally defines itself as a kind of neutrality allowing for the practice of diverse religions, french laïcité is a value-laden concept which requires others to remain neutral, devoid of religious signs in the public sphere. While secularism in the U.S. or other European countries focuses on protecting religions from the state, in France the state protects individuals from religion crossing the boundaries of privacy and tainting the public space.

The idiosyncrasy of laïcité is linked to the historical formation of the French state since the 1789 revolution. As Christianity was deeply tied to the monarchy that the new republic was attempting to replace, allegiance to the new republican regime demanded from its citizens both a repudiation of religion and an embrace of Republicanism itself as a new, secular religion, a transference which laïcité scholar Jean Baubérot has called “revolutionary religiosity.”

Through the regime changes of the 19th century and until the law of 1905, which instituted the current institutional version of laïcité, the nation underwent “le conflit des deux Frances:” an internal struggle opposing clerics and anticlerics, mirroring the political struggles between republic and restoration, revolution and reaction. The strategy of the Third Republic (1870-1940) to gain the people’s unconditional allegiance was to take public education out of the hands of the clergy and turn it into a manufacturer of republican citizens: Jules Ferry’s public schools taught non-religious moral and civic education, schoolmasters endorsing the role of “secular missionaries.”

If laïcité was historically constructed not as an ideology of religious acceptance, but as a kind of Republican state religion in direct competition with Christianity, and used as a means to strengthen the modern French State, it is not surprising that it is still used today by various governments attempting to reassert the authority of the state.

But it is no longer against Christianity that the French republic asserts itself, it is against Islam. In the 19th century, the struggle for laïcité against the Catholic Church was a proxy for the republic to assert itself against the forces of reaction and monarchy. In contemporary France, the struggle for laïcité against Islam has become a proxy for the protection of a national identity infused by colonialism: white, western, and, ironically enough, of Christian heritage. The purity of this identity is under threat, many French citizens feel, prompted by the media. From Michel Houellebecq’s bestselling racist fantasy of Muslim political takeover, Soumission, to the increasingly popular white supremacist idea of “Le Grand Remplacement” according to which “traditional” European populations are soon to be “taken over” by immigrant invaders, French culture is teeming with these populist ideas of civilizational purity.

While this “philosophy of decline” is unquestionably linked to austerity and the failures of social-democratic governments to protect its citizens against the damage of neoliberal policies, there is, once again, something eminently French about the way it fits well within the country’s tradition of assimilation. French colonial rule, much like its recent policies on the clothing of Muslim women, was consistently justified through the rhetoric of universal Enlightenment values which France, more than any nation, was supposed to embody as the pinnacle of civilization, and was morally charged with bringing to the uncivilized, backward parts of the world: its colonies.

The native, under French colonial rule, could gain access to this superior plane of humanity through its assimilation into French culture and society, with the ultimate reward of becoming un “évolué,” literally an “evolved.” This implied getting rid of one’s culture, religion, language, beliefs and sense of belonging. Of course, the promise of full and equal citizenship dangled by the colonial skin was never actually fulfilled: it always remained an horizon for the colonized to strive for, without ever being able to reach—and a very powerful means of social control for the colonizer.

Because France as a nation has never collectively dealt with its colonial heritage nor recognized its errors in any public, cathartic way, it is unsurprising that the assimilationist model has been applied, after colonies gained their independence, to its immigrant population. Just like the native was enjoined to “evolve” toward civilization by embracing Frenchness in the colony, France demands that its immigrants (the non-white ones, at least) shed all traces of their culture and completely dissolve into French culture, deemed universal. In the words of anti-racist activist Pierre Tevanian, “Identity becomes the condition of equality: being identical is required to be equal.” Of course, as in the colonial context, the promise of full integration often remains unfulfilled as institutional and cultural racism remain strong.

It is from this intact colonial hubris that France’s Burkini ban stems. The deeply-rooted idea that universality is synonymous with Frenchness, that neutrality means what civilized French women wear, and that any deviance from this model, any attempt at diversity, is a sign of backwardness, inferiority and worse: a threat to the enlightened Republic. That it is up to others to “evolve” to their level of civilization. Of course, this ideological model has always been racist, and like any system of thought in which the identity of those in power is considered the only norm, is doomed to remain inescapably so. To answer Manuel Valls, if the burkini is incompatible with fundamental French values, it is those fundamental values that have to change.

Jeanne Kay is a contributor to Foreign Policy In Focus.