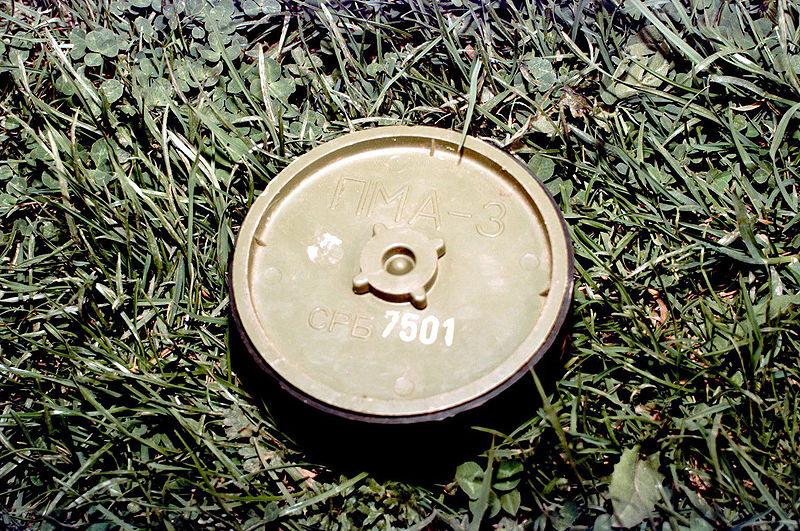 Demining can be an important part of economic development, as the case of Rwanda demonstrates.
By John Perra | June 8, 2010 Last month, 68 U.S. senators sent a letter to President Barack Obama urging him to join the UN treaty banning landmines. That is enough senators to guarantee passage of the treaty. The arguments for and against landmines have centered around the dangers they pose to civilians and the deterrent capability they offer to the military. But one issue hasn’t received much attention: the role demining can play in economic development.

Last December, Rwanda became the first country to officially rid itself of landmines according to the Mines Awareness Trust. The U.S. State Department estimates between 100,000 and 250,000 mines were scattered throughout the country during the conflict of the early 1990s. They covered about a million square meters, dotted the capital of Kigali, contaminated roads, and limited access to humanitarian aid and other essential commodities to huge swaths of the population.

According to the London School of Economics’ Gabi Hesselbein, about 25,000 people were directly affected by the landmines. Although Rwanda’s military did the demining — an arduous task given the country’s dense vegetation and steep hills — clearing them has really been “a national effort,” Hesselbein says, citing Rwanda’s highly organized and coordinated provincial offices. This effort has been critical to Rwanda’s long-term growth.

Demining complements a national strategy, outlined in the Rwandan government’s Vision 2020, an ambitious reform plan to transform Rwanda’s economy and eliminate poverty. “I do think that there is a national dialogue; everybody has heard of Vision 2020,” says Hesselbein, “But this is not a planned economy like China, which grew dramatically over the past decade.”

Although its GDP is expected to decline this year by 6.8 percent, Rwanda has made great strides in recovering from the horrific 1994 genocide that killed an estimated 800,000 Tutsis and thousands of politically moderate Hutus. In post-conflict Rwanda, the government returned land seized during the civil war to its owners. But landmines made the reclaimed land dangerous if not impossible to farm, a troublesome hindrance to progress in such a small country. “Rwanda is very aware of its land scarcity,” says Hesselbein. “Demining will have a huge economic impact.”

Vincent Karega, Rwanda’s Minister of Infrastructure, agrees. “It is an important exercise because it raises people’s confidence [to pursue] agriculture and construction,” he says, “It becomes much easier to work.”

That renewed confidence can be found in the tea gardens of Rwanda Mountain Tea. Three thousand regular workers currently hand-pick black tea leaves in the gardens, producing an annual yield of nearly 3 million kilos of which more than 95 percent is exported. Rwanda Mountain Tea has been able to expand by 20 percent on demined land. Moreover, it provides income for the rural poor while increasing productivity. When landmines infested the area, production was difficult primarily because fear scared off workers.

“Tea is very labor intensive. You need workers,” says Bonaventure Niyibizi, a consultant for the company who helped with its expansion. “There were a lot of deaths. Workers used to be afraid to go to the tea garden. If they won’t go [to a mined area] then you are not producing at optimum capacity.” Now, says Niyibizi, “You can have more production because they feel safer in their personal security and there is access to those areas. And more people are available which means there is more revenue for them as well.” Rwanda Mountain Tea adds more workers to its ranks depending on the season. “We get the message out and they come,” says Niyibizi.

Adds Hesselbein: “Rwanda has managed to get the message across that when you can work you can get yourself out of poverty. [You can] pull yourself up with help from the government. The government is propelling them forward.”

Since its economic base is so narrow — tea and coffee represent the vast majority of the country’s exports — Rwanda needs to develop other sectors. Vision 2020 ultimately seeks a knowledge-based economy. Reducing reliance on the agriculture sector for diversification reasons alone is a step in the right direction. Angola, for example, depended on oil for 90 percent of its income only to crash when the price fell during the collapse of the global economy in 2009.

“We cannot talk of just one aspect,” emphasizes Karega, “It is quite holistic.” He says that demining is a fundamental key not only applicable to agriculture but also to the goal of creating and strengthening other sectors as well. “With more land,” Hesselbein points out, “they can establish schools and factories.” According to Karega, new building construction and safely exploring untapped mineral resources have already sparked foreign investment, which is “coming very fast.”

New schools mean progress toward alleviating Rwanda’s 60 percent poverty rate. “Education will pull children up from poor households,” says Karega. The boon to infrastructure, according to Karega, can be found in freeing access to water, electricity, and roads — main, secondary, and bush roads — allowing for the unimpeded flow of goods, aid, and medical care.

The United States provided $12.2 million for humanitarian mine action in Rwanda from 1995 to 2006 including demining training and quality assurance to meet UN clearance standards. Although the United States committed to eradicating landmines in Rwanda and elsewhere, it hasn’t signed the Ottawa Treaty (Russia and China, also members of the UN Security Council have not signed either). Washington has launched an extensive review of its landmine policy, the first review since 2003. If the United States signs the treaty, it would provide an even stronger impetus to eliminate these weapons worldwide. At the close of Cartagena Summit on a Mine-Free World in December, Greece, Albania, and Zambia announced that they had become landmine-free following Rwanda.

The lesson from Rwanda is that landmine policy can cross over from defense to development. UNICEF estimates there are 110 million mines in 68 countries. Bosnia and Herzegovina, Cambodia, and Croatia are some of the most heavily mined post-war nations. In Afghanistan, Soviet “butterfly” mines are still a deadly hidden danger more than 20 years after they were spread by the millions there. While it copes with a deadly landmine problem as well, Laos has the added urgency of unexploded bombs. Each year in Laos, the Vietnam War continues to claim hundreds of causalities long after the conflict’s end; of the 2.5 million munitions dropped on the country by the United States, 30 percent failed to detonate, leaving the landscape polluted with explosives hindering socioeconomic development and directly threatening the Laotians who try to collect them for scrap metal.

Aside from the ethical goal of keeping people safe from indiscriminate injury or death, clearing landmines and unexploded munitions can be a transformative economic policy. In Rwanda these days, says Karega, “We talk of better land use and management, urban planning and infrastructure development.” By returning agricultural land to farmable conditions, the threat of malnutrition and hunger is eased and productivity is restored to the community.

Perhaps clearing landmines in Rwanda has had the greatest impact on the psyche of the country as a whole. When the land was laced with mines, says Niyibizi, “People feared for their lives. You didn’t know if your kid was coming home or not. Or you go to your own garden and you didn’t know if you’d lose a leg.” Now that Rwandans can trust the land, the fear of a child or farmer killed or maimed by a landmine can be replaced by the very real promise of long-term economic growth, poverty reduction, and food stability. “The land is the natural next step,” says Hesselbein, “Think about what you can do with healthy people.”