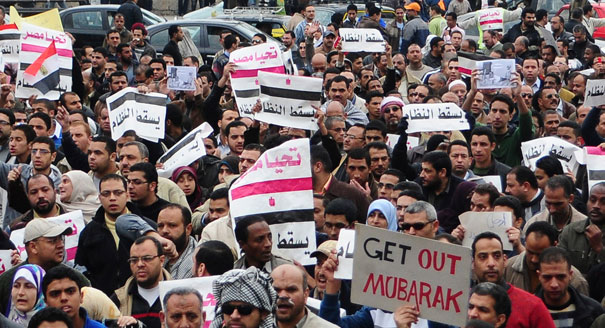 When the public abandons voting and attempts to veto a policy or even an entire government.
By Keith K C Hui | April 29, 2014

When certain eligible voters, be they representing the majority or the minority, cannot afford to wait for the next election to remove the incumbent leaders or have no trust in plebiscite at all, and betake themselves to mobilize crowds to throttle a policy, to paralyze the administration, or to topple the legitimately elected government boldly, it is not just a threat to this democratic state’s internal stability but may also destabilize the world order if such a “veto-cracy” is becoming a worldwide phenomenon.

The recent emergence of vetocracy in many democratic states is rooted in the long-time irreversible minority position held by certain ethnic, religious, regional or economic interest groups there. When one or more of these groups have realized that it is difficult or almost impossible to access to governmental authority or undo a policy which is not in their favor, they resort to mass rallies or street protests to have their demands heard.

Vetocracy in Egypt and Ukraine – protesting against Mohammed Mursi’s amendments to the constitution and against Viktor Yanukovych’s withdrawal from an EU deal respectively – initially disquieted the regimes and finally led to expulsion of the elected presidents. There were no formal polls to ascertain how representative these protestors were but it did not matter. What matters is that the populace abandons the voting mechanism and attempts to “veto” a policy or the whole government by “protesters’ power” before the next exercise of universal suffrage.

Vetocracy has also been brewing in many other states. Venezuela’s opposition, led by Leopoldo Lopez, organized marches one after another recently to confront Nicolas Maduro who won the April 2013 election with barely 50.7 percent of the electorate, resulting in chaos and violence. Since early 2013, secular camp and liberal-minded Turkish youths have been bidding defiance in different ways to the rule of Prime Minister Recep Tayyip Erdogan whose party won the 2002, 2007 and the lately 2014 elections. The 2011 protests launched by the Indian traders associations against opening the retail market almost brought down the government should Prime Minister Manmohan Singh not halt the decision to welcome foreign giants like Walmart [1].

Similar anti-government movements also took place in Bulgaria, Bosnia and Brazil.  In East Asia, Thailand is right now in economic turmoil as the half-year standoff between the generally elected Yingluck government and the “red-shirts” opposition, which sees Thaksin’s rural policy unfair to them, remains a deadlock. The students in Taiwan under the name of Sunflower Movement are the latest ones to join this club by occupying the legislative building in order to block a cross-strait trade agreement sealed by the democratically elected President Ma Ying-jeou.

Vetocracy may in the long term buffet the post-WWII peace and order that we have been enjoying for sixty years — chaotic secession.

Ukraine is right now being fragmented. Many other states are also under the threats of secession when certain ethnic minorities or interested groups cannot have their demands satisfied since the conflicts of this nature cannot be resolved by referendum. In Belgium, the divide between the Dutch-speaking and French-speaking communities is a time bomb. Even a simple housing issue for two pandas from China can cause infighting. Zuhal Demir of the Flemish separatist N-VA party accused the prime minister, Di Rupo, of blatant favoritism when the pandas were sent to Pairi Daiza animal park rather than the country’s best known zoo in Antwerp [2]. The current and potential secession movements of Catalonia in Spain [3], Shetland in Scotland, Sardinia in Italy, the secular Turks and the ethnic Kurds in Turkey, the Muslims in Myanmar, the regional interests in Thailand, the indigenous people in Taiwan, the various minorities in India and Pakistan, and even Texas in the United States, are early signs of vetocracy since they are always the losers in a nation-wide voting system. They therefore tend to cast a veto to the state by secession and if necessary may lean on foreign powers to secure their independency.

The major concern to foreign policy is the face-to-face confrontation between the superpowers brought in by vetocracy. In a state being torn between the diffident governing elites and the emulous street protestors, both sides may appeal to certain external supports from different “power camps,” namely, the Christian West, the Orthodox Russia, the Sunni Saudi Arabia, the Shiite Iran, and lately, the atheist China. These vetocratic states thus open up themselves to foreign interventions and then become a bloody arena between two or more blocs, generating more tensions and disorders in international relations. The vetocratic developments in Ukraine and various former Soviet states (West vs Russia), Egypt (Muslim Brotherhood vs West), Turkey (Muslim conservatives vs West), Iran (Shiite vs West), Venezuela (West vs China), Sudan (West vs China), Thailand (West vs China), Taiwan (West and China) and the like have fertilized the soil for clashes among the superpowers and may lay out a terrain for antagonistic multi-polar dynamics.

Professor Kenneth N. Waltz (1924-2013), founder of Neorealism or Structural Realism, argues that a bipolar world is likely to be more stable than a multi-polar international relations [4]. If he is correct that the anarchical world order can be better kept in peace in a duopoly mode, the trend towards a multi-polar bloc politics indicates that the transformation of those unstable democracies towards chaotic vetocracies may eventually bring us a political disaster.

The opinions expressed are those of the author, and not necessarily those of FPIF.