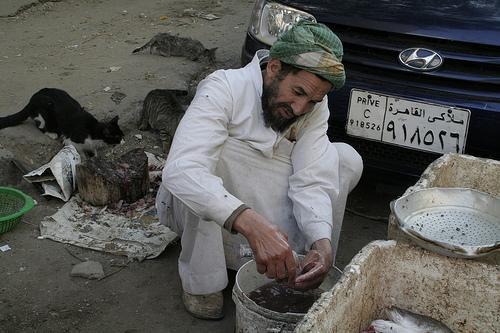 As the current revolts in the Middle East demonstrate, the democracy-versus-stability debate rests on a false dichotomy.
By Fouad Pervez | February 24, 2011 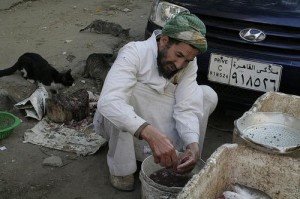 The political revolts in the Middle East, which have produced the overthrow of Ben Ali in Tunisia and the resignation of Hosni Mubarak in Egypt, have also generated a flawed debate about the region. In this discourse repeated ad nauseum in the mainstream press and the policy world, the United States has to balance its views on democracy promotion and stability in the Middle East. The dictators we back in the Middle East are a necessary evil for our benefit, and democratization in this region would unleash disorder, an Islamist wave into government, problems for Israel, and a rise in anti-Americanism.

Although parts of this discourse may be true, the democracy-versus-stability debate rests on a false dichotomy. Backing dictators, especially now, does not necessarily lead to more stability.

Much of the debate on Egypt has revolved around the Muslim Brotherhood. The common argument about backing Mubarak is that, if real elections were to occur, the Brotherhood would take power, causing huge problems. This argument is flawed for three main reasons. First, the Egyptian Muslim Brotherhood, while Islamist, is not al-Qaeda. This diverse, complex group, which is not on the U.S. terror group list, is hard to paint into an ideological corner – it has both conservatives and progressives, often cooperates with other opposition groups, and abandoned violence and committed itself to the democratic process long ago. This is not yesterday’s Brotherhood.

Second, the Brotherhood is not nearly as strong as many would have you believe. It can probably only gather 15-20 percent of the vote, hardly enough to control Parliament. It would also likely split into two or more political parties if legalized. Egyptians, especially the youth, have moved away from the Brotherhood, further diminishing its power. The group was also late in joining the revolt and had many missteps along the way. Simply put, the Muslim Brotherhood will probably not be a dominant player in democratic Egypt.

Third, and most important, research on Islamist groups shows that their actions are based on political incentives. When they participate in elections, they moderate their views, since religious extremism isn’t a winning electoral strategy. Islamist groups in Turkey, Morocco, Yemen, and Jordan have all done just that. Islamist groups in Syria, Libya, and Tunisia have been pushed underground by governments and have not moderated. Occasional political participation helps explain the Egyptian Brotherhood’s moderation over the years. There is some within-country variation, too. For instance, the Islamic Action Front (IAF), an Islamist group allowed to participate in Jordan, moderated in response; in contrast, Jordan banned Islah, which then didn’t moderate. The same holds for the Party for Justice and Development (PJD) and Al Adl in Morocco: the PJD was not banned and moderated while Al Adl was excluded and did not. This evidence suggests a Muslim Brotherhood-led Egyptian government, unlikely as that is, would probably continue to moderate in order to stay in power.

Another problem with the stability argument relates to economics. A major reason for the Egyptian revolt is the economic situation in the country. World food prices, which hit a record high in January, played a role in the unrest in Egypt and Tunisia. Egypt, for instance, is the world’s largest wheat importer, and 40 percent of the population lives on less than $2 a day. The Mubarak regime had much to do with this, as corruption consumed much of the money that would go to alleviating the difficult living conditions of so many Egyptians. Also, the regime only partially liberalized economically: it focused on protecting economic and political elites instead of implementing larger economic reforms, which worsens the income disparity. As such, even though Egypt’s aggregate economic picture does not look quite so bad, the reality on the ground is much worse.

Given these economic problems, improving Egypt’s economy is critically important. But neither an end to corruption nor economic reforms can be achieved without a new regime. An influx of foreign direct investment (FDI) would also help Egypt by bringing in new technology and creating more jobs, but that won’t happen without substantial reform. Research shows that FDI inflows are influenced by political volatility – foreign investors stay away from politically unstable situations. This explains why democracies tend to attract more FDI. The ballot box provides for stable government transitions. Although stable dictatorships can also have high FDI inflows, like China, the cat is out of the bag for Egypt. If the country’s elite opts for Mubarakism without Mubarak, protestors won’t stay at home. Thus, short of reforms that satisfy the millions of dissidents, FDI will probably not flow into Egypt. For Egypt, as for other countries in the region, supporting dictators in the face of strong public protest creates greater economic instability.

In terms of foreign policy, it is often said that Mubarak provided stability because he maintained peace with Israel, that he and America walked almost lock-step in their views on international politics. If his regime fell, then, anti-Americanism would increase, there would be more difficulties with regional policy, and a potential conflict would emerge with Israel. Some leaders and think tanks have used this argument to warn of trouble down the road in a post-Egypt Mubarak. Rachel Maddow captured many of these voices in this recent video clip of figures who combine an irrational fear of Egyptian foreign policy with textbook Orientalism about Muslims, Arabs, and the Middle East not being culturally capable of democracy.

Regarding anti-Americanism, Egyptians have legitimate grievances with U.S. foreign policy. Ignoring those grievances by siding with a dictator who spoke for himself, not his people, didn’t make them disappear. Numerous polls show that Muslims around the world have problems with U.S. foreign policy, not principles like democracy or freedom. A recent Pew poll found that strong majorities in practically every Muslim country favored democracy, identified with modernizers versus fundamentalists, were concerned about extremism, and found terrorist acts like suicide bombing unjustifiable. Egyptians, along with many in the Middle East, do not appreciate the United States providing support to their dictators in power. They do not believe America is an honest broker in the Israeli-Palestinian conflict.

Egyptian policy toward Israel, meanwhile, will not likely result in conflict anytime soon. The military has already stated it will honor all international treaties, including the peace treaty with Israel. After all, powerful factors such tourism, U.S. military support (predicated on peace with Israel), and a weaker and different Brotherhood mitigate against change in Egypt’s relationship with its neighbor. Of course, as with the United States, Egypt will probably be more critical of Israeli policies, especially the Gaza blockade, but this is part of diplomatic bargaining that occurs between all nations. Israel is also clearly the dominant military power. A war between the states would almost certainly end badly for Egypt, as it has in the past. And, there is no surer way to be voted out of office than to lose a war. As such, diplomatic harmony between Egypt and Israel may decline, but military conflict seems highly unlikely.

We have been sold a false discourse on the situation in Egypt. Keeping “our dictators” in charge is not more stable than a transition to a real democracy. This holds for the entire region for the very same reasons. Islamist groups, the big bogeyman in America, are usually not as radical or as strong as they are portrayed, and tend to moderate if given political space. Maintaining unpopular regimes will do nothing to increase economic stability and, as the cases of Tunisia and Egypt suggest, is likely to achieve exactly the opposite.

Finally, the replacement of autocracies by democratic regimes would not necessarily lead to a radical change in regional policy. These states would almost certainly reject the client-like relationship established between their dictators and Washington. However, being forced to deal with legitimate grievances of people in the region does not make for adversarial behavior. Good allies offer important criticism, something America could surely use in the Middle East.

Given all this information, the overall American response to the Egyptian revolt was troubling, if not outright alarming. The Obama administration backed a transition to Omar Suleiman in the interests of preserving “stability”, or more appropriately, existing conditions. If the army opts to implement some reforms but still tries to maintain much of the status quo, will Washington protest? Given the outrage of the past few weeks, it seems likely that Egyptians will.

More importantly, the Obama administration has to make up its mind about how to deal with America’s remaining dictators in the region. Will the United States push these allies toward real reforms or back them as-is? If the latter, the administration will continue to labor under the faulty assumption that a move toward democracy would lessen stability. But as argued above, a democratic Egypt may be a good first step toward building a more stable, democratic region. But in order to achieve that, we must put to rest the mistaken belief that the status quo necessarily equals stability.

Fouad PervezFouad Pervez is a contributor to Foreign Policy in Focus, where he writes on international politics, economics, and security. He helps run the blog and talk show There is No Spoon. Click here to listen to their show on the revolts in the Middle East. He can be reached at fouad0 at gmail dot com