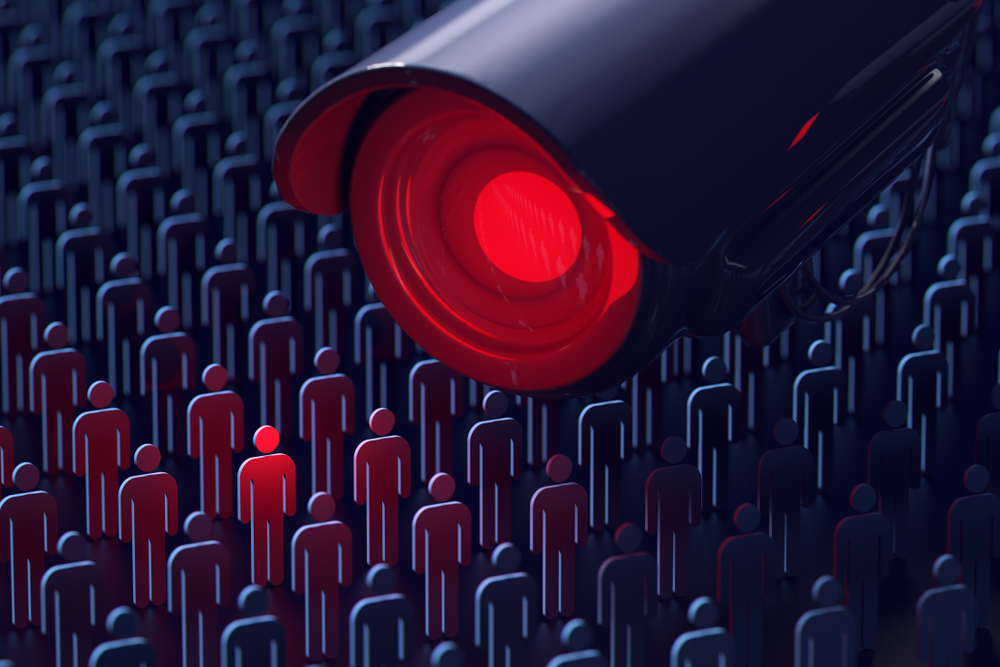 Digital Authoritarianism Is Rising in the Middle East

Emboldened by Donald Trump, U.S. allies are leading the charge toward greater authoritarianism in the region.
By Samuel Woodhams | August 20, 2019

Months ago, despite clear evidence to the contrary, President Donald Trump claimed that “nobody has directly pointed a finger” at Crown Prince Mohammed bin Salman over the murder of prominent Saudi journalist Jamal Khashoggi.

When pressed by journalists on findings provided by the CIA and United Nations that bin Salman may have, in all likelihood, directly authorized the extrajudicial killing, Trump parried the question and reaffirmed the strength of his relationship with the crown prince, saying: “I get along with Mohammed.”

The flagrant disregard of international human rights violations from a U.S. president is far from new, particularly when they are committed by an ally. However, this dynamic appears to be sinking to new lows under Trump, who has bolstered undemocratic regimes in the MENA region by giving autocratic leaders his vocal support and continuing the supply of vital military resources.

Reflecting on the current period of global democratic backsliding, Larry Diamond, a Stanford University Fellow, has argued that “the decline of democracy will be reversed only if the United States again takes up the mantle of democracy promotion.”

One important, though often overlooked, aspect of this process is how the proliferation of surveillance and censorship technology has helped bolster authoritarian regimes and provided them with the capability to stifle dissent through monitoring their populations online, controlling what information is available, and tracking dissidents across the globe.

In the 100-page report on the murder of Khashoggi published by the U.N., for example, it is claimed “the Saudi authorities had access to Mr. Khashoggi’s communications with [fellow Saudi dissident] Mr. Abdulaziz by infecting Mr. Abdulaziz’s phone with Pegasus spyware.” Saudi Arabia denies these allegations.

The spyware is thought to have originated from Israel’s infamous NSO Group, a technology company that has been found to sell invasive surveillance technology to a range of actors across the MENA region. The group was, until earlier this year, owned by the U.S. private equity firm Francisco Partners.

For the protection and promotion of global democracy and to safeguard individual freedoms in the region, it is vital that the U.S. government condemns in the strongest possible terms these digital rights abuses.

The use of Israeli-made surveillance technology is just one in a long list of digital rights abuses that has occured in Saudi Arabia over recent years. In Freedom House’s most recent Freedom on the Net report, they note: “Internet freedom in Saudi Arabia declined in 2018 amid an escalating intolerance for all forms of political, social, and religious dissent.”

The reaction has been stark. According to a report by the Northwestern University in Qatar, 54 percent of people now use a VPN or similar service in Saudi Arabia in an attempt to hide their internet traffic from government surveillance and circumvent the vast content blocks.

Similarly, in Egypt — where U.S. security assistance remains at $1.3 billion a year — there has been a violent crackdown on all potential spaces for dissent, including online.

Egypt’s dictatorial president, Abdel Fattah el-Sisi, has been called “a great person” by Donald Trump, and yet is responsible for the incarceration of around 60,000 political prisoners according to Human Rights Watch. There has also been a bout of arrests due to what citizens have posted online and, according to Adel Iskandar, there have even been cases of individuals being sent to prison for sharing an image of the president with Mickey Mouse ears drawn on.

As governments across the region increasingly look to maintain control through stifling freedom of speech online, integral democratic freedoms have been undermined. However, censorship has not just been inspired by suppressing domestic dissent. Increasingly, intraregional conflicts have also influenced content control.

As Berkman Klein Research Center’s Helmi Noman has found: “State censors block access to views and reporting on the bilateral and intraregional conflicts that dispute or contradict their own narratives, demonstrating limited tolerance to debate or coverage unaligned with the state viewpoint.”

Preventing the spread of alternative views may only protract and heighten conflicts in the region, as citizens are unable to view a variety of perspectives.

Not only has Trump remained silent on the issue, there is also mounting evidence that U.S. companies have worked directly with the producers of authoritarian technology. As a recent investigative report in The Intercept has shown, IBM and microchip manufacturer Xilinx have worked with Semptian — a Chinese company known for creating surveillance technology that has been used throughout the region.

As tensions grow over the opacity in which surveillance technology is sold, U.N. Special Rapporteur on Freedom of Expression, David Kaye, submitted recommendations to the U.N. for a global moratorium on the sale of spyware.

In his statement, he wrote: “Surveillance of specific individuals — often journalists, activists, opposition figures, critics, and others exercising their right to freedom of expression — has been shown to lead to arbitrary detention, sometimes to torture, and possibly to extrajudicial killings,” he wrote.

Alongside the moratorium, governments around the world must also begin to publicly condemn the use of such oppressive technology. As Hilary Matfess and Jeffrey Smith have argued, “leaders who are actively disinterested in being held accountable by their citizens do not see the Trump administration as just tolerating their destructive impulses but as affirming them.”

For the sake of global democracy and international human rights, it is therefore vital that the administration takes into account digital rights abuses and how new technology has been used, shared and sold by its allies. If this is not achieved, egregious human rights violations may only continue to flourish.

To end, it is worth remembering some of the final published words of Jamal Khashoggi:

“There was a time when journalists believed the Internet would liberate information from the censorship and control associated with print media. But these governments, whose very existence relies on the control of information, have aggressively blocked the Internet.”

The potential for the internet to be a liberating force remains. However, that requires, at the bare minimum, openly criticizing states when they abuse integral digital rights.

Samuel Woodhams is a writer and researcher at the digital privacy group Top10VPN.