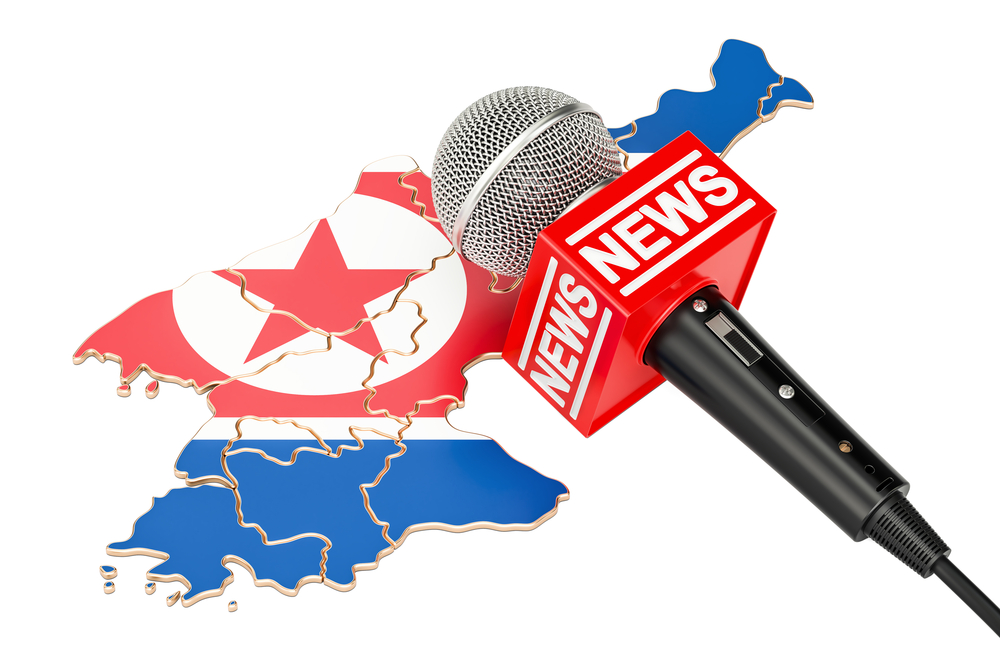 Lee Sang Yong is the editor-in-chief of Daily NK. Founded in 2004, the South Korea-based online newspaper has been frequently cited by international media hungry for news from the reclusive North Korean state. Staffed by a team of dedicated activists, including a number of North Korean defectors, Daily NK runs on a shoestring budget while managing a secret network of citizen journalists living in North Korea.

I interviewed Lee over a time period beginning before Donald Trump’s and Kim Jong Un’s personal rapprochement, when relations between the U.S. and North Korea were in a high state of tension, and continuing into the phase that followed. But Lee is more interested in the flow of information to and from ordinary North Koreans, rather than between leaders.

Is one of the aims of your paper to dispel the myth that North Korea is a country full of people who monolithically support Kim Jong Un?

One of the primary aims is to improve access to outside information for all North Koreans, to encourage independent critical thinking, and encourage them to form their own opinions and conclusions about what is happening in the world around them. The second, but equally important aim, is to obtain accurate, credible information about North Korea for dissemination to the international community.

These two aims enable the international community to get a proper understanding of the facts, and therefore consider more effective approaches to North Korean issues, while strengthening the connections between North Korea’s population and the outside world. Based on access to balanced information, the people of North Korea can then determine the future they want for their country on their own terms.

Do you worry that the threatening rhetoric between Kim and President Trump will divert attention away from the North Korean people?

The North Korean regime has achieved its nuclear development goals and now wants to focus on the country’s economy. To that end, while making attempts to hint at the country’s commitment to denuclearization, the regime is trying to spur economic development. For his part, President Trump sees talks with North Korea as a necessary first step toward it becoming a normal nation.

Donald Trump told the amazing story of a North Korean defector, Ji Seong-ho, in his 2018 State of the Union speech. What was the reaction of the defector community to Trump highlighting Ji’s story?

Certainly, many share the view that the meeting was used for political purposes, but there continues to be interest and attention toward North Korean human rights issues.

Has the amount of foreign materials getting into North Korea slowed at all because of Kim Jong Un’s increased crackdown on outside information and communication with foreigners?

The flow of foreign goods into North Korea has slowed down. The North Korean authorities have launched a spirited campaign to boost domestic manufacturing and encourage North Korean people to focus on domestic consumption. The belief in “self-reliance and self-development” underpins continued calls to “fight sanctions from the United States.”

However, most North Koreans still prefer South Korean and other foreign-made goods due to their superior quality. Labels on foreign goods are often removed to hide their manufacturing origin and they are sometimes repackaged to look like North Korean products. The North Korean authorities continue to try to crack down on such actions, but many people remain unfazed and continue to find ways to evade the restrictions.

Is there growing dissent against the North Korean regime inside the country?

Using the term “anti-regime dissent” as commonly understood would be difficult to translate to what we know about life inside North Korea. “Dissent” and “opposition forces” as concepts are also ill-defined and difficult to apply to specific contexts.

However, through our citizen journalists we know of disparate incidents that continue to occur. Reports of anti-regime graffiti have come to light over the years, including a more recent example in Pyongyang criticizing Kim Jong Un. More research is needed to determine whether this was a rogue actor or is representative of a broader, organized movement, but the fact that it took place in the country’s tightly controlled capital means that such an act would have required careful planning, which is significant in its own right.

There are grassroots changes at play too. Residents have demanded that law enforcement present a warrant when conducting domicile searches, and elections are taking place at the very lowest level of administration in the country (neighborhood watch leaders). The selection of People’s Unit leaders by their constituents represents at least a small step towards raising democratic awareness among North Koreans.

In addition, the head of the Ministry of State Security was ousted due to alleged “human rights abuses.” Whether or not this was the real reason, the mention of a term previously non-existent in the North Korean vernacular is significant. It is increasingly appearing in political lectures and North Korean state media as well, though usually in the State’s defense of its own practices. Outside information and international pressure are driving these shifts in perception, and the government finds itself ceding ground, albeit marginally.

Can you talk more about the information revolution? Who is behind outside information getting into North Korea? Is this mostly being done by defectors who are trying to expose citizens to the outside world?

Defectors share information with relatives still in the country (via smuggled Chinese phones), and North Koreans who have traveled to China on visas and returned are sharing their experiences. Traders and merchants share information about the market, which quickly spreads. This is occurring because information is a commodity. Information helps to maximize profits.

The introduction of media devices has also contributed to the trend. Radio was once the sole means of connecting with the outside world, but these days people use an array of portable audio and video players, including MP3 players, MP4 players, and portable DVD players. USBs and SD cards are also pervasive and used to share content.

The North Korean authorities continue to crack down and punish those consuming and sharing foreign media, but it does little to impact the demand for such information, and technology is helping to circumvent the state surveillance apparatus.

What percentage of the North Korean people have had to rely for their survival on the market economies that sprang up during the human-made famine of the 1990s? What parts of this economy does the North Korean regime allow, and what parts is it trying to ban?

Technically speaking only women are allowed to participate in the market sphere, but in practice almost every North Korean resident, male or female, is involved in the market economy in one way or another. For example, in one family, the husband of a female market vendor may deal with the logistics and transportation side of things rather than clocking in at his state-run enterprise (such workers pay a fee to do so). Meanwhile, the children may help out with odds and ends, and even older generations get involved.

The fallout from the botched currency redenomination in 2009 resulted in a loosening of restrictions in February 2010, and by May of the same year the policies constraining activities at general markets were effectively withdrawn. Market-friendly development has increased under Kim Jong Un, and there has been a subsequent flourishing of the market space. As a result, residents’ livelihoods are inextricably linked to the markets, which continue to proliferate.

As more individuals leave the State socialist framework to engage in market activities, the societal and economic changes are shifting attitudes further from State ideology. The regime closely monitors such shifts and increases oppressive countermeasures to keep things in check, like harsher punishments for those caught with South Korean media, which is prohibited under North Korean law.

Do you worry that the North Korean regime used the 2018 Pyeongchang Olympics as a means of promoting false propaganda?

There is already evidence pointing to the regime’s use of the Pyeongchang Olympics for domestic propaganda. The authorities portrayed a theme of international appeasement and joint participation with the South as “South Korea carrying a white flag” and “proof of the success” of the regime’s policies.

But residents are finding themselves increasingly at odds with the State narrative, especially due to their exposure to South Korean culture, which in turn engenders more support for unification with the South. The North Korean authorities see this as a threat to their control, which is why efforts to advance the free flow of information throughout North Korea are paramount.

How did North Koreans react to the meetings between the South Korean and North Korean governments, where they agreed to pursue a peace treaty and work towards the denuclearization of the peninsula?

Opinions on the inter-Korean summit among North Koreans are quite varied. Many ordinary North Koreans believe that, as they are told in political lectures, the country’s nuclear weapons program is complete and now the focus will be on economic development to improve people’s lives. On the other hand, intellectuals and other elites see it as capitulation, and due to a lack of national power.

But almost every North Korean is supportive of the Panmunjom Declaration, particularly due to the potential for economic exchange and to improve livelihoods. There is less interest in the political details and issues.

Generally speaking, North Koreans are positive about increased inter-Korean exchanges. There is a strong belief that inter-Korean railway and roadways projects will move ahead, as these would be extremely beneficial to the North. Likewise, for the Kaesong Industrial Complex and tourism to the Kumgang Mountain Resort area.

Andy Heintz is a freelance writer whose work has been published in Balkan Witness, Secularism is a Women’s Issue, Europe Solidaire, CounterVortex, and Culture Project. He’s the author of the book  Dissidents of the International Left (released April 25 in the UK and May 14 in the United States).