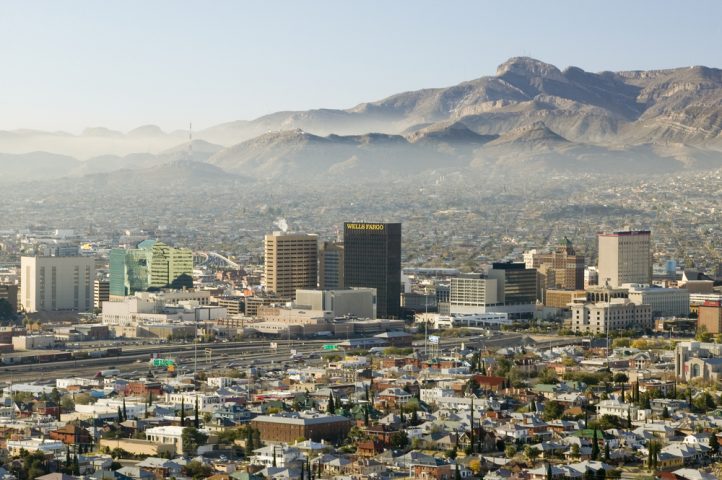 President Trump recently sent a threatening tweet in response to an estimated 7,000 migrants traveling together to the U.S.-Mexico border. If Mexico refuses to halt the caravan of men, women, and children seeking refuge, Trump warned, he’ll “call up the U.S. Military and CLOSE OUR SOUTHERN BORDER!”

The shutdowns have started to happen. On October 29, one port of entry in El Paso, Texas, was shut down, a Customs and Border Protection statement said, while the agency “is currently monitoring the situation regarding the caravan migrating from Central America toward the U.S. border.”

Either Trump isn’t at all aware of how border communities work, or he’s willing to sacrifice them for political gain.

I’m from El Paso, Texas, a city intricately connected to its sister across the border, Ciudad Juárez. Here, thousands of people cross the border both ways every day to work, go to school, visit family, and seek better health care options.

That’s not including the several million who’ve crossed at other ports of entry.

Hundreds of students from Juárez attend school at the University of Texas at El Paso, or the dozens of local K-12 public schools. People trade and own businesses on both sides of the border.

In many cases, Americans in El Paso who don’t have quality health care options see more affordable doctors in Juárez. I’ve done this myself numerous times.

Shutting down the border means shutting down an entire border economy. Mexico and the U.S. share a more than $600 billion trade relationship. Endangering it could have a detrimental ripple effect on the people who call the border home.

All for what? To stop people from seeking asylum — an act that isn’t just legal, but that the U.S. itself is required to permit.

It sounds terrifying — thousands of people from foreign countries showing up at the border demanding a way in illegally. Or at least that’s the picture the Trump administration is trying to paint. The reality is much more complex.

The first thing to understand is the border is not in crisis.

Although there’s been an uptick in unauthorized crossings this year, unauthorized migration overall has actually decreased over the past several years, and is nowhere near as high as it used to be in the early 2000s, according to U.S. Customs and Border Protection.

What has increased is the number of families — that is, parents with their children — traveling to the U.S., along with unaccompanied minors. Some reports estimate half of the people traveling in this caravan to the U.S. are women and children.

Caravans of migrants to the U.S. have been taking place for several years, since they offer safety in numbers from gangs and traffickers that target people traveling alone. But it was only this year that Trump painted caravans as a new immigration crisis for political gain.

It’s against international law for a country to refuse someone’s claim to be considered for asylum. When migrants from this caravan turn themselves in at the border claiming asylum, they’re not breaking any laws. But we are if we forcibly turn them away.

Since Trump’s tweet, CBP has started shutting down at least one port of entry, and the Pentagon has plans to deploy 5,000 troops to the entire border.

Refugees deserve a chance to seek protection. And America’s border communities deserve not to be held hostage by a president that refuses to recognize people’s rights on either side of it.

Jasmine Aguilera is a freelance writer and reporter from El Paso, Texas. Her work has appeared in The New York Times, NowThis, and more.