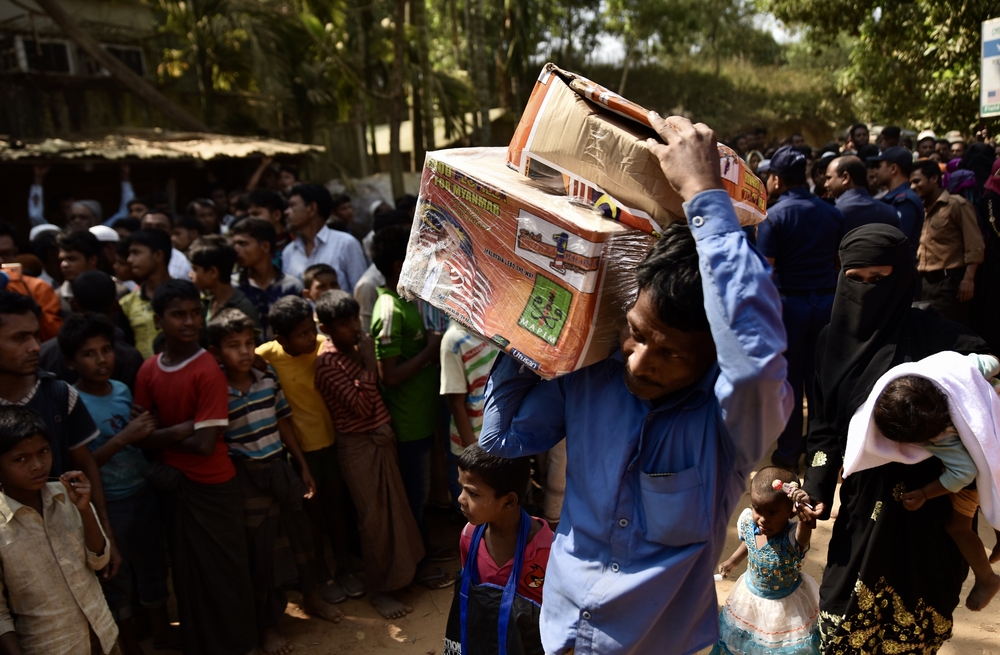 Don’t Turn Foreign Aid Over to the Heritage Foundation

A "Trumpified" USAID will now rate countries's suitability for aid based on criteria developed by a far-right think tank... that wants to end development aid.
By Jacob M. Grumbach, Joeva Rock | December 20, 2018

With help from far-right think tanks, the U.S. Agency for International Development (USAID) is being Trumpified. A new policy shifts USAID’s focus away from international development and toward a vision that caters to the narrow interests of a small group of wealthy Americans. Key to this change is the use of a new set of criteria developed by right-wing organizations.

As social scientists, we know that metrics profoundly shape what organizations do. That’s why we are concerned that USAID’s new grading system is lifted directly from highly political, conservative think tanks like the Heritage Foundation and Legatum Institute. In this move, USAID is reorienting its goals toward a radically conservative vision of international development. The fingerprints of conservative think tanks are clearly visible in USAID’s new “Roadmap to Self-Reliance.”

The “Roadmap to Self-Reliance,” which falls under the Department of State and USAID’s joint policy of “promot[ing] American leadership,” helps USAID determine which countries to focus on, and what kinds of interventions it will pursue.

Government agencies have long relied on think tanks and other non-governmental organizations for information and expertise. Previous USAID metrics tended to rely on research from universities, such as Columbia’s Earth Institute and the Harvard Center for International Development, international organizations like the World Bank, and moderate American think tanks like the Brookings Institution.

These groups aren’t without their own politics and criticisms — and to be sure, under President Barack Obama, USAID began their shift towards private sector-led development. (Today, Feed the Future, Obama’s flagship food security program, boasts of building markets and supply chains for dozens of U.S. companies overseas.)

But the new metrics in USAID’s “Roadmap” originate from a different set of groups. For example, USAID’s measure of the quality of a country’s business environment will come from the Legatum Institute. The Legatum Institute is most prominently known for its “Brexit Inflection Report,” a pro-Brexit advocacy publication that may have broken British rules banning charities from political activism. Legatum’s CEO, Baroness Stroud, previously worked for Conservative MP Iain Duncan Smith, a principal supporter of Brexit.

And how will USAID determine the openness of a country’s trade policy? The “Roadmap” lifts a metric from the Heritage Foundation. Heritage has long been a major player in conservative politics, but over the past two decades it has become more closely aligned with the increasingly conservative Republican Party — and it’s played a major role in staffing the Trump administration. Heritage, with corporate and fossil-dependent funders including Exxon and the Koch Brothers, takes a hardline stance against action on climate change and, incidentally, international development.

As a result, USAID’s “Roadmap” is more open about pursuing one of Heritage Foundation’s long held goals: the disbandment of USAID. Last year, it published a set of recommendations for reforming USAID that focused overwhelmingly on replacing any public sources of investment or services with the private sector.

Yet the “Roadmap” doesn’t fully convey Heritage’s radical development agenda. Recently, Heritage not so subtly employed alt-right talking points to urge Congress and the Trump State Department to investigate the “Soros Promotion of Radical Agenda Overseas” that supposedly occurred via USAID during the Obama administration.

Working towards a world in which countries are able to care for their people and environment — and aid is no longer needed — is laudable. However, the new metrics and broader goals outlined in the “Roadmap” suggest that USAID is reorienting its goals toward a radically conservative vision of international development.

The roadmap reads like more of an exit plan than anything; the agency envisions itself not as a provider of aid but rather as a facilitator, connecting the U.S. private sector with foreign governments. Such a move leaves American development aid vulnerable to the corruption that has characterized the Trump administration’s relationships with foreign actors and governments.

Jacob M. Grumbach, PhD is a postdoctoral fellow at the Center for the Study of Democratic Politics at Princeton University. His research focuses on public policy, the political economy of race in the U.S., and statistical methods.

Joeva Rock, PhD is a postdoctoral fellow in the Department of Nutrition and Food Studies at New York University. Her research focuses on food security, development and international aid in West Africa.