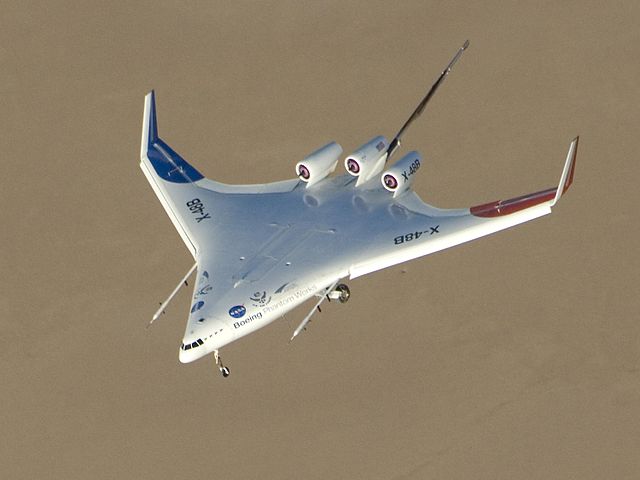 “Obama will be remembered as the progenitor of drone warfare and cybercombat,” said historian Alfred McCoy. (Photo of the Boeing X-48B unmanned — despite apparent windows in front — aerial vehicle: NASA / Wikimedia Commons)

Dragged Down by Drones: Obama’s Legacy

Drones rank high among the many policies that will threaten President Obama’s place in history.
By Russ Wellen | January 15, 2015

If you’re like me, you eat projects like this in the new New York magazine up: 53 Historians Weigh In on Barack Obama’s Legacy. Though I realize now that I was looking forward to reading it in hopes that, like similar articles during the presidency of George W. Bush, historians would eviscerate his record. Though they span the political spectrum, most were critical of some or most of President Obama’s record.

One of the questions asked of most of the historians that proved to be as much or more of a lightning rod for criticism as the other question was:

Which will prove to be more significant: the reduction of troops on the ground or the increase in the use of military drones?

Let’s take a look at some of the answers. We’ll start with an obvious leftist.

The missile-firing drone employed as an instrument of assassination.

Now a sampling of the rest, some of whom you might be familiar with.

The reduction of troops on the ground and the increase in the use of drones are two sides of the same coin.

Unfortunately, the drone will forever be associated with the Obama presidency.

The reduction of ground troops should be commended but the increase of drones is directly connected. Americans don’t want further combat deaths but neither do they want to endorse the difficult but necessary effort to construct a new foreign-policy attitude that addresses the real grievances against the United States around the world.

The increase in drones. Presidents will long note that a war-skeptic like Obama not only embraced drone warfare but paid essentially no price for it with his peace-loving base.

Most significant because most enduring will be the way Obama has legitimated and institutionalized the use of drones, including for targeted killings, developing a secret set of rules about their use.

The reduction of troops. Drones, in fact, have made that possible, but the absence of oversight will haunt Obama’s reputation unless he imposes safeguards in his last two years.

The increased used of military drones. We’ve reduced troops on the ground on many occasions throughout U.S. history. Using drones brings us into a Brave New World or a quite unsure new world.

Drone warfare is likely to be the most unfortunate legacy of the Obama presidency (along with the expansion of the security state), having established precedents for future administrations, much as Bush’s aggressive military policies and “war on terror” left precedents for his.

Drones. That’s where much of the future lies.

Military drones, although both would have happened regardless of the president.

The use of drones will have a long-term impact, encouraging ill-advised interventions by making them seem cost-free.

Obama will be remembered as the progenitor of drone warfare and cybercombat.

Even some of those who chose reduction of troops on the ground were concerned about drones.

The reduction of troops on the ground. It set a new dynamic in play in Afghanistan and Iraq, while also freeing up troops for whatever wars and interventions the U.S. fights in the future. The drones are a terrifying image of techno-imperial domination, but they are not the core of American power abroad.

They’re flip sides of the same coin, in a way—but the use of military drones, which shifted the nature of warfare in ways that make it dangerously remote from human agency, will prove to be more significant.

Drones. The arrogation of the right of the U.S. president to kill anyone, anywhere in the world, without due process is an abomination and suggests a government that still regards itself as above and beyond the law: the definition of a rogue state. Moreover, detailed on-the-ground analysis by the human-rights group Reprieve points out that U.S. attempts to kill 41 individuals in drone attacks have resulted in over 1,100 deaths. Even if assassination by drone were acceptable, these numbers (or anything approaching them) suggest a level of operational failure, a lack of accountability, and a sheer disregard for human life that should not be.

The last word goes to …

Neither one. It doesn’t matter which weapons the United States decides to use to kill people it regards as enemies; the critical question is whether it continues to conduct such actions in many far-flung corners of the world. And Obama’s willingness to expand targeted killings by both drones and troops will be a dark shadow over a mostly positive legacy.

In the end, though, about all we can do with President Obama’s record on domestic and foreign-policy is damn it with faint praise: it hasn’t been as bad as George W. Bush’s.