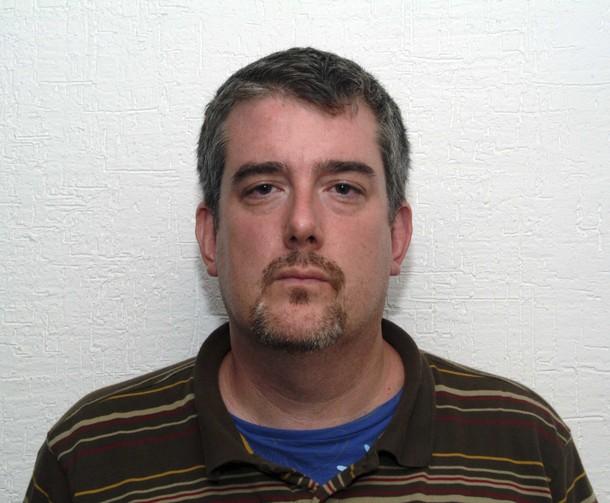 High-profile fiascos like Operation "Fast and Furious" are a drop in the bucket of the War on Drugs debacle.
By Tania Arroyo | September 27, 2011 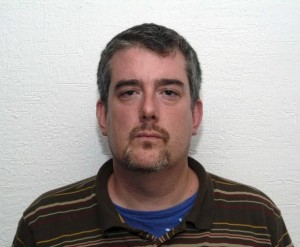 In early September, Mexican authorities arrested a U.S. citizen, Jean Batiste Kingery, for smuggling grenades across the border for the Sinaloa cartel. Astonishingly, U.S. agents had released Kingery a year before when he was captured for the same offense. U.S. law enforcement officials reportedly wanted to use him in a sting operation.

The Kingery case is only the most recent scandal involving the flow of weapons from the United States to Mexico. Senator John McCain (R-AZ) recently sent a letter asking the Homeland Security and Governmental Affairs Committee for a hearing on the controversial federal operation “Fast and Furious,” which in 2009 allowed 2,000 high-powered weapons from the United States to reach Mexico as part of an alleged effort to go after drug cartel leaders. According to McCain, the hearing’s purpose is to “ensure further damage from this operation does not persist.”

But the real problem at the border goes beyond the Kingery case and the Fast and Furious fiasco, which are just one small part of the flow of arms into Mexico for use in drug war that has claimed more than 50,000 victims during the tenure of Mexican President Felipe Calderon. Although Calderon will leave the presidency next year, the war will not likely end with his term of office.

On September 6, diplomat John Wayne formally assumed the post of U.S. ambassador to Mexico, replacing former Ambassador Carlos Pascual. In March, Pascual resigned after the Mexican government expressed its concern over the ambassador’s doubts, revealed in WikiLeaks cables, about Mexico’s capacity to conduct the fight against drug trafficking.

This replacement, however, doesn’t bring anything new to the bilateral relationship between Mexico and the United States. In his statement to Congress in July, Wayne said, referring to the Merida Initiative, “one of my principal objectives, if confirmed, will be to work with my Mexican and U.S. colleagues to accelerate the implementation of the activities and to assure that we are achieving our Merida objectives.”

The Obama administration has done a great deal to support Calderon’s fight against Mexican drug trafficking through the Merida Initiative, the 2008 bilateral agreement of cooperation between Mexico and the United States to combat drug trafficking, organized crime, and money laundering. Yet Obama has done little to strengthen arms control on the U.S. side of the border. In March, during a joint press conference with President Calderon, Obama stated that “I believe in the Second Amendment. It does provide for Americans the right to bear arms for their protection, for their safety, for hunting, for a wide range of uses.” Although he went on to state that “that does not mean that we cannot constrain gun runners from shipping guns into Mexico,” he has not managed to reduce the arms trade.

On the other side, President Calderon demands more funds from the United States and insists that the war on drug mafias is a shared responsibility that must continue. Following the Zetas’ attack on a casino in the northern city of Monterrey last August, which claimed at least 52 lives, Calderon said that “the economic power and firepower of the criminal organizations operating in Mexico and Latin America come from this endless demand for drugs in the United States.” He stressed the need to continue this fight against “criminals” and “terrorists.”

Although the two governments disagree on small details, like the performance of former Ambassador Carlos Pascual, they are of one mind on the importance of the “war on drugs” and the Merida Initiative, which has proven to be a profitable business for arms manufacturers and dealers.

Good for the Arms Business

The Merida Initiative has been roundly criticized, even by those affiliated with the U.S. military. Paul Rexton, associate professor of national security studies at the U.S. Army War College, has suggested that this initiative has not led to substantial reductions in violence in Mexico or in drug smuggling to the United States. “In fact,” he writes, “the current policy has led to what can be described, at best, as a stalemate between Mexican state authorities and the cartels”.

The U.S. government has provided nearly $1.3 billion to the Mexican government to confront the drug cartels. Meanwhile with operations like Fast and Furious, it has fed weapons to the narcotraffickers. This apparent paradox can be explained by the different objectives of the state and the market, the former focused on security and the latter fixated on profit.

For the arms lobby, operations like Fast and Furious are always welcome: the more weapons that can be purchased, the more money arm dealers will get. There are cases in which one person has come to buy up to 190 guns a month in armories near the border, supposedly to ensure his personal safety under the Second Amendment. According to the owner of one of these stores: “In Arizona it is more difficult to get credit for a car than to buy 10 rifles. My business is the sale of weapons and to sell them under the law. Honestly, I don’t care where they will end up.”

Members of the arms lobby want Mexicans, too, to arm themselves in response to violence by drug cartels. More armed Mexicans translates into more arms sales. Drug cartels already get their supplies of lethal weapons manufactured and distributed by the U.S. arms industry through an “ant trail” across the border, like the one that Kingery followed.

Recent revelations of money laundering suggest that the United States is not really serious about the fight against drug trafficking. According to The Observer, banking giant Wachovia “paid federal authorities $110 million in forfeiture for allowing transactions later proved to be connected to drug smuggling, and incurred a $50 million fine for failing to monitor cash used to ship 22 tons of cocaine.” The sum that Wachovia paid for these omissions, $160 million, pales in comparison to the overall volume of money, $378.4 billion, to which the bank failed to apply proper anti-laundering regulations. In a real war on drugs this should have been a sufficient reason to close that bank. However, Wachovia continues to operate normally (now as part of Wells Fargo) and may be able to continue laundering money, since the sanctions are affordable in relation to the gains.

Finally, Mexicans have been privatizing the drug war in Mexico much as Colombia has already done. The United States spends nearly $550 million per year on Plan Colombia (and spent an average of $700 million per year before 2009), and more than 50 percent of that sum has reached private contractors operating as mercenaries in the South American country. According to the State Department, since 2007 Lockheed Martin, DynCorp International, and ARINC, Inc., among other companies in the industry, have been the major beneficiaries of Plan Colombia.

Mexico is not far behind. According to one of the representatives on the Human Rights Council of the United Nations, Jose Gomez del Prado, in 2006 instructors from the company Global Risk Solutions Inc. trained Mexican federal agents in torture techniques. Once the drug war becomes a lucrative business, the conflict becomes potentially endless.

For the two governments, the Kingery case and Fast Furious represent only small miscalculations in the grand strategy of the Merida Initiative, which continues unabated. The Secretary of Defense in Mexico (SEDENA) recently purchased $4 billion worth of weapons for “operations of internal order and national security contingent emergency” through the Trust for Military Equipment.

The Mexican and U.S. governments are duty-bound to guarantee human rights and preserve the lives of their citizens. The actions of organized crime, from the distribution of arms and drugs to kidnapping, murder, and human trafficking, are reprehensible. But so is the double standard of the Mexican and U.S. governments, which have been jointly responsible for the escalation of violence on both sides of the border in their effort to defeat the mafias.

For President Calderon this is even more outrageous because, under the Merida Initiative, he has given Washington the authorization to act with the freedom and discretion it wants, further undermining Mexico’s national sovereignty. But the actions taken by U.S. law enforcement in connection with arms trafficking and the failed Fast and Furious operation are only partially responsible for the escalation of violence in Mexico. The real culprits are the Mexican and U.S. governments and their bilateral agreements concerning the war against drugs.

It’s long past time to look at the failures of the overall war and not just the debacles of particular battles.