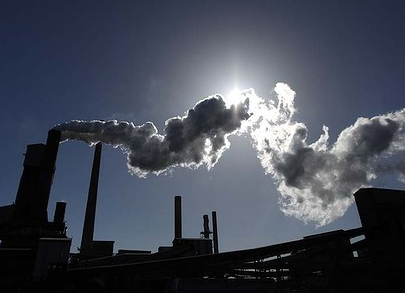 What we got from Durban was largely a set of promises to do something...some other time.
By Janet Redman | January 5, 2012 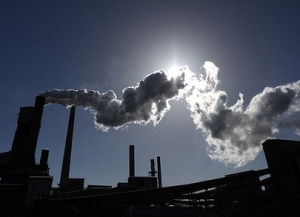 I arrived at the UN climate summit in Durban, South Africa with the news fresh in my mind that 2010 was a record year for global warming pollution—and that if we don’t start reducing global emissions by 2017, we’re cooked.

I left Durban with a profound disappointment in the world’s leaders, and the growing conviction that it will take people putting their bodies on the line to steer society away from suicidal climate change.

Many important issues were up for debate at the climate talks, including forest protection, indigenous rights, and water conservation. But only two were front and center: reducing greenhouse gas emissions and the proposed transfer of hundreds of billions of dollars from developed to developing countries to help cover the costs of dealing with climate change. The latter is known as “climate finance.”

What we got was largely a set of promises to do something…some other time.

The 194 countries participating in the summit did adopt a Green Climate Fund to manage the $100 billion per year in long-term climate finance that developed countries promised to deliver at the Copenhagen summit in 2009.

They agreed to limit the power of the private sector by including provisions for nationally designated institutions to have the final say over funding decisions, thus weakening the threat that Wall Street investors could bypass national governments and directly access funds that were meant for the poor through a private sector sub-fund. The summit even yielded an agreement on an open bidding process for selecting the fund’s long-term trustee and its permanent secretariat, a move that keeps the World Bank — a major financier of dirty energy and creator of third-world debt — at bay.

Unfortunately, climate negotiators didn’t agree on raising the money that would fill the Green Climate Fund — in large part thanks to countries like the United States that tried their best to derail any meaningful conversation on long term finance. In the end, virtually every country on Earth reached a compromise to launch a work program that analyzes possible sources of long-term money.

In other words, the Green Climate Fund will remain an empty bank account while yet another study is added to the pile. There are already similar reports from a UN high-level panel, the World Bank, Bill Gates, and myriad environmental and development groups.

The news on reducing emissions isn’t any sunnier. Yes, some countries committed to a second round of pollution cuts under the Kyoto Protocol – the only legally binding international treaty regulating greenhouse gas emissions. But the text of the decision that adopts this second commitment period doesn’t name an overall reduction target and only “takes note” of the cuts individual countries proposed. In the aftermath of Durban, the Kyoto Protocol has no real teeth and lacks a global reduction goal based on science.

And since Canada, Russia, and Japan pulled out of the Kyoto Protocol, and the remaining countries (New Zealand, Australia, and EU members) pushed their favorite loopholes and exceptions, it’s hard to see what the use would be of enforcing the treaty anyway.

Pablo Solon, Bolivia’s former UN ambassador and chief negotiator, speculates that the treaty was put on life support mainly to keep carbon trading — a system for outsourcing climate compliance in which the Europeans have heavily invested — alive. He lamented that “the Kyoto Protocol will turn into a zombie without a global figure for reduction of emissions by industrialised countries, and will carry on walking just so that carbon markets don’t disappear.”

While the existing plan for climate action was relegated to the world of the undead, a new mandate was drummed up that calls on all countries to take action — poor and rich alike — that contains no mention of equity and no provisions putting emission cuts in the context of sustainable development for poor countries.

In the great tradition of political double-speak, the new mandate is officially known as the Durban Platform for Enhanced Ambition. Ironically, this plan, if you can call it that, delays implementation until at least 2020. That’s three years after the deadline for global action given by the International Energy Agency to avoid impending climate chaos.

Washington pushed aggressively for the new mandate, arguing that if a legally binding treaty covered all “major” economies — shorthand for long-industrialized countries plus new powerhouses like China, India, Brazil, and South Africa — then 80 percent of the world’s emissions would fall under regulation. This doesn’t mean, of course, that 80 percent of all emissions would be cut. If history is any indicator, these powerful nations — especially those in the global North — will try to do as little as they can get away with.

I’ve now attended five UN climate summits. I’ve grown accustomed to being let down by governments that settle for weak outcomes, push soft positions, and display a disappointing commitment to business –as usual. But this year was even lamer than usual.

Consider Canada’s performance. It officially withdrew from the Kyoto Protocol the day after the climate summit ended in an attempt to avoid losing face at the end of 2012, when it would have inevitably come up short of its legally binding emission cuts. So much for entering into treaties in good faith.

The United States, however, deserves the global spoiler award. Back in November, it was one of two countries that blocked consensus on the design of the Green Climate Fund. A month later, during the Durban summit, Washington blocked any discussion of specific sources of climate finance or detailed language on the finance work program. There were even rumors that, in the final hours of negotiations, a minister overheard U.S. climate envoy Todd Stern threaten in a heated huddle on the legal form of the new mandate that “if equity’s in, we’re out.” That meme then zipped around the world on Twitter.

While the United States government was insisting that China do more to reduce its carbon footprint at the climate negotiations in Durban, at home the Obama administration was rolling ahead with plans to take China to international trade court for what U.S. solar companies claim are unfair supports for the Chinese solar industry. Talk about damned if you do, damned if you don’t. And in Congress, the House passed a bill prohibiting U.S. airlines from complying with (i.e., encouraging U.S. airlines to break) a European law placing a fuel levy on all flights landing or taking off in the European Union. The levy is meant to reduce pollution and raise money to help less-developed nations cope with climate change.

This obstructionist behavior wouldn’t have surprised me so much if I thought our government had anything to use as a bargaining chip to get countries to go along with our bottom lines. Maybe foreign aid? How about our own comprehensive climate plan? The Obama administration had nothing like that to leverage. In fact, the U.S. negotiating team had asserted for months that it would only support measures that could get through Congress. With the House chock full of climate deniers at the moment, we all know that’s just about nothing.

Time for a Timeout

Countries — especially developing ones — could have called their bluff and suggested that since Washington had nothing useful to offer, it should take a timeout for the next one-to-four years so the rest of the world could move forward with a robust climate deal. Instead, representatives from everywhere from Bangladesh to the Democratic Republic of Congo gave eloquent speeches in the final plenary about how Durban’s outcome would condemn drought-stricken countries in Africa to famine, small island nations to obliteration…but conceded that they would go along with the new Durban Platform anyway.

Only Venezuelan special envoy for climate change Claudia Salerno raised her voice to caution colleagues against agreeing to a bad deal just because they were exhausted and desperate. Actually, because the U.S. chair of the session would not recognize her, she climbed up on the table waving her arms up, and then made these remarks.

So here’s my takeaway from the 17th Conference of the Parties to the UN Framework Convention on Climate Change (COP17): I say we take a cue from Venezuela’s Salerno and get on our feet.

Lester Brown, founder of the Worldwatch Institute and president of the Earth Policy Institute, recently published research revealing that the United States has seen a 7-percent downturn in its carbon footprint between 2007 and 2011 — largely due to a drop in coal consumption. Brown attributes the sustained drop to a surge in grassroots campaigns to shut down dirty power plants that includes hundreds of local struggles and the Sierra Club’s national Beyond Coal campaign.

People are taking to the streets in China, too. More than 30,000 citizens occupied a highway in near Haimen, a city of 1 million that sits across the Yangtze River delta from Shanghai, to denounce the pollution spewing from a coal-fired power plant that’s dirtying their air and water and jeopardizing their livelihoods, and to protest plans for another new facility. The central government has, at least for now, suspended plans to build the new power plant.

From El Salvador to Indonesia, people are shutting down local sources of pollution that hurt their families and communities. They’re constructing the building blocks of healthy societies, setting up local food partnerships, solar energy cooperatives, and zero waste recycling initiatives.

The lesson I’m carrying into 2012 is that people who care about the climate must focus more on thinking globally but acting locally. We have to build more local alliances with our neighbors, whose immediate demands can be taken to our locally elected officials. We need to start inviting those policymakers most accountable to us into dialogues where we put our proposals for an ecologically sane future on the table, and work with them to turn ideas into concrete realities.

The Occupy phenomenon has made the vision of a widespread popular movement for systemic change more realistic. The lack of political will among our leaders that’s deepening the environmental crisis makes it a necessity.

Janet RedmanJanet Redman is the co-director of the Sustainable Energy and Economy Network at the Institute for Policy Studies.