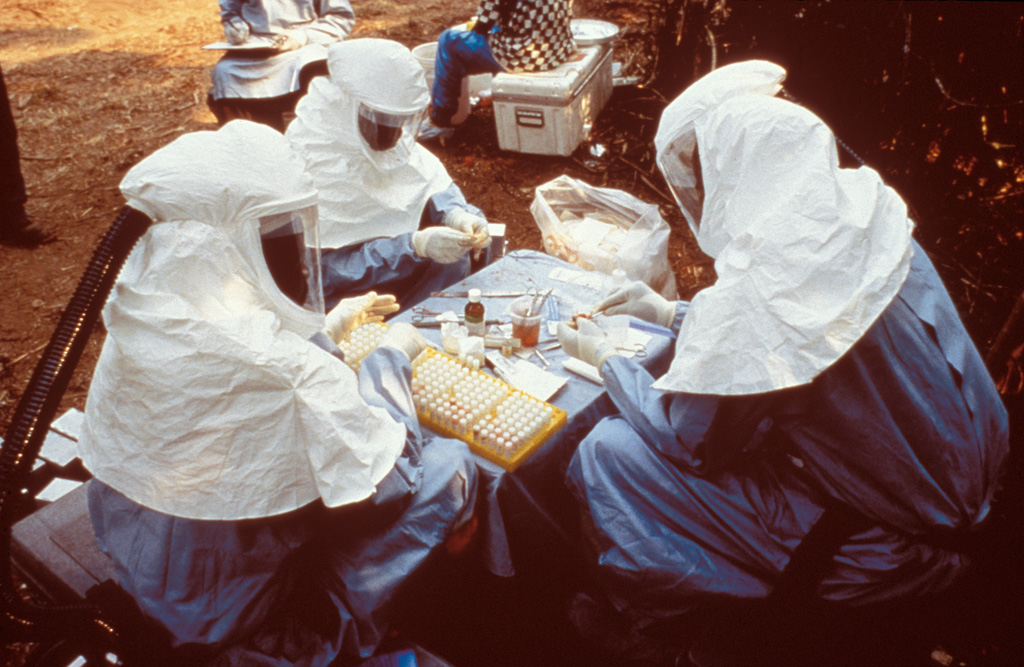 America's frenzied, xenophobic response to its first confirmed Ebola case calls back the moral panic of the AIDS epidemic.
By Kwei Quartey | October 9, 2014

In the wake of a Dallas hospital’s decision to release a Liberian patient with Ebola into the community—who later died of the disease after returning to the hospital—a fierce debate has erupted over how to deal with the potential for an outbreak in the United States.

One idea is to bar people from Ebola-affected regions from entering this country. This embodies a type of moral panic, a phenomenon defined by Stanley Cohen, author of Folk Devils and Moral Panics, as anything “defined as a threat to societal values and interests.”

Although the West African Ebola sufferers are the current “folk devils,” moral panic is nothing new.

Several examples exist in history, including everything from the Salem Witch Trials of 1692 to the anti-Semitic politics of the Nazis. In 1938, Hitler said, “If we do not take steps to preserve the purity of blood, the Jew will destroy civilisation by poisoning us all.”

And modern democracies are hardly immune. In 1988, The Daily Star in the United Kingdom wrote in an editorial: “Surely if the human race is under threat, it is entirely reasonable to segregate AIDS victims—otherwise the whole of mankind could be engulfed. … The truth is that promiscuous homosexuals are by far the biggest spawning ground for AIDS.”

The elements of moral panic are well reflected in the current Ebola scare:

In addition to being cruel and discriminatory, this last proposal is simply impractical.

Denying admission to any non-U.S. citizen may make political sense to entrepreneurs of moral panic, but it is medically illogical because Ebola seems to have no problem infecting Americans as well. For this approach to truly work, U.S. citizens who have recently been in West Africa would need to be barred as well.

Although the U.S. government could technically refuse to grant new visas to all Africans traveling from West Africa (a catastrophic recipe for relations between the United States and the region), it would still be left with West Africans who already have visas. For that, the United States would have to secure the cooperation of all international airlines at all European hubs. Since Ebola symptoms typically manifest 2 to 21 days after exposure, the airlines would have to prevent anyone who has been in West Africa within the last three weeks from boarding their aircraft and flying to the United States.

As pointed out in more than one article elsewhere, there are very few direct flights from West Africa to the United States. Delta, for example, runs the only nonstop flight from Accra, Ghana (not, by the way, affected by Ebola at the time of this writing) to the United States. Instead, many travelers fly from West Africa to the United States via Europe on carriers like British Airways, Emirates, KLM, and Lufthansa. By the strange mechanics of airline travel, one can often get a better ticket deal that way. In addition, business and family ties between West Africa and Europe make a convenient stopover in London or Paris, for example, necessary or preferable.

Don’t assume travelers stuck in transit would take such a targeted and discriminatory ban lying down. Arguments are bound to erupt between furious passengers and the ticket agents or customs officers preventing them from flying. Who is going to refund passengers for their disallowed flights? The airline? The U.S. government (i.e. you, the taxpayer)? Where are these barred passengers going to stay, for how long, and who is going to pay for it? Send them back to Africa—under what authority? What if they live legally in the United States?

Take the chaos on one flight alone and multiply it by all the outgoing flights in all the European airports serving the United States and get ready for some major and frustrating delays, not to mention missed connections. Earlier this year when I flew from Paris to Washington on Air France’s giant Airbus A380, boarding was chaotic—and that was a normal day of operations.

Solutions lie in much better screening and training at departure and entry points, as well as increased awareness among medical providers in the United States. Like it or not, Ebola is going to be around for a while. We must deal with it in effective and smart ways—which means we refocus, calm down, use some common sense, and discard the moral panic.

Kwei Quartey M.D. is a crime novelist and physician who grew up in Ghana. He is now based in Los Angeles. A previous columnist at Foreign Policy in Focus and a contributor to The Huffington Post, he travels frequently to Ghana. His fourth novel, GOLD OF THE FATHERS, will be published in February 2016.