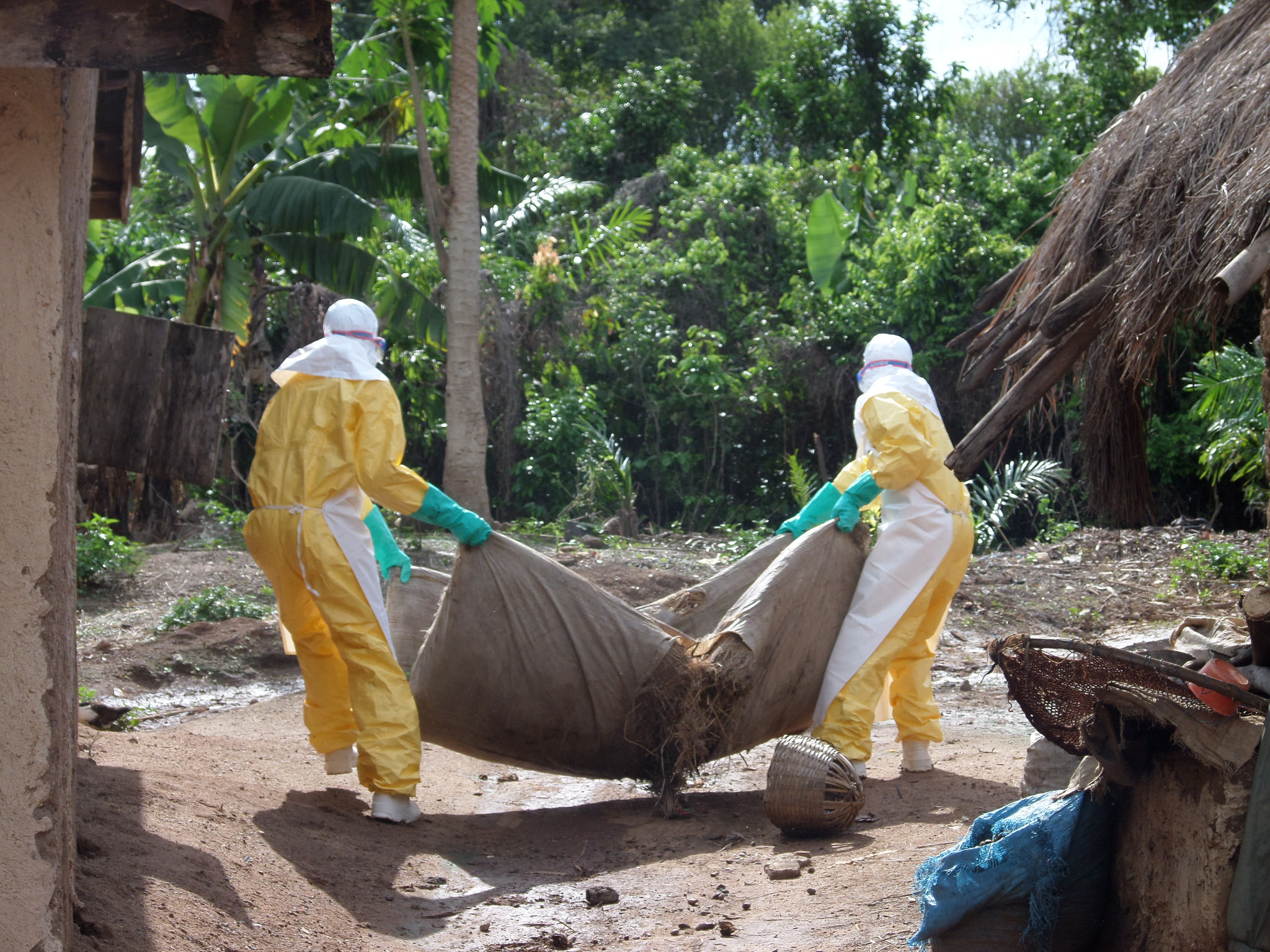 The most effective treatment for Ebola might be having white skin.
By Kwei Quartey | November 26, 2014

All of them contracted Ebola in West Africa and lived to tell the tale, emerging from the hospital Ebola-free and appearing remarkably robust. They benefited from early diagnosis, prompt evacuation to the leading U.S. special isolation centers, and in some cases, treatment with convalescent serum and the experimental drug ZMapp.

The story is quite different for some other high-profile Ebola victims.

Martin Salia, a legal and permanent Maryland resident, was the medical director of Sierra Leone’s Kissy United Methodist Hospital and its only full-time physician. As one of a shockingly small number of doctors in that country—a mere 136 for a population of 6 million—Salia was a rare breed of physician capable of treating anything from orthopedic injuries to myocardial infarction.

In Africa, physician scarcity often precludes the luxurious medical division of labor in the West. I once visited a mid-sized hospital in rural Ghana and foolishly asked the medical director how many other doctors shared his on-call schedule. “There aren’t any other doctors here,” he replied in bewilderment.

Salia, who was deeply religious, believed his calling was to serve the people of Sierra Leone, where Ebola continues to surge. Although he was not working at an Ebola treatment center, Salia could easily have been exposed to the disease through contact with surgical patients.

He began receiving convalescent serum in Sierra Leone, and five days elapsed before he was sent to an Ebola isolation center for treatment in the United States—around a week later into the illness than his white American counterparts. It seems clear that delays in Salia’s diagnosis and treatment resulted in his deterioration to a point beyond repair. By the time he arrived in the United States on November 15, his raging infection had already rendered him too ill to be saved.

But even worse was another Ebola case involving an African physician for whom therapy was withheld outright. Sheik Umar Khan, a Sierra Leonean specialist in viral hemorrhagic fever, was diagnosed with Ebola last July and admitted to the Ebola Treatment Center in Kailahun, Sierra Leone.

The team of physicians from Médecins Sans Frontières (MSF) and the World Health Organization who took care of Khan reportedly “agonized through the night” over whether to administer ZMapp to him.In the end, without discussing it with Khan, they decided against it. “What they really didn’t want to do was kill Dr. Khan with their attempt at therapy,” Armand Sprecher, a public health specialist at MSF, reportedly said.

But surely the converse question should also have been posed: what if they cured Khan? Sprecher, who is involved in procuring drugs for MSF, further offered what from my perspective as a physician was the flimsiest of excuses: that Khan’s virus levels were so high that it was believed the drug would “probably not work.”

So which is it? That the team thought that the ZMapp would do nothing for their patient, or that it would kill him? It cannot be both.

Khan died several days later, and the very ZMapp that had been denied him was later sent to Liberia and used instead for Writebol and Brantly, who recovered admirably (though we cannot say for certain how much ZMapp contributed to their survival). In addition, Spanish officials confirmed that they too had obtained a supply of ZMapp for a third patient—a 75-year-old Spanish priest who died after having been evacuated to Madrid from Liberia.

In the now infamous story of Liberian Thomas Eric Duncan—who died in a Texas hospital after contracting Ebola in Africa—Duncan’s nephew Josephus Weeks has raised the possibility that racial bias entered into the decision to send the febrile man home from the Texas Health Presbyterian Hospital emergency room on September 25. Similar broad ethical questions arise about whether the treatment of Ebola victims is being stratified on criteria of national origin, making some “more equal than others.”

The physicians who have cared for these patients themselves would deny that any racial bias ever consciously entered into their decisions over choice of therapy. That, however, is exactly the trouble. Most racial bias among doctors is unconscious, meaning we must carefully consider whether our medical decisions reflect a double standard in the treatment of our patients—Ebola-infected or otherwise.

Kwei Quartey M.D. is a crime novelist and physician who grew up in Ghana. He is now based in Los Angeles. His fourth novel, GOLD OF THE FATHERS, will be published in February 2016.