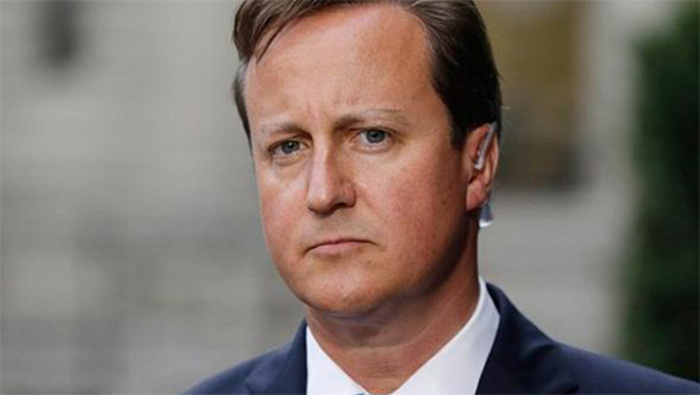 The Economics of Brexit: What Cameron Got Wrong

Some of the main arguments for Brexit tapped into populist anger. For instance, people like Nigel Farage of the UK Independence Party and other Euroskeptics put forward economic arguments such as the myth that Britain sends £350 million a week or £55 million a day to Brussels. They also spurred nationalist reaction when they said that new immigrants from the European Union take jobs away from British people.

These arguments did not rest on any solid economic foundations. Economists have argued that immigration helps an aging UK population improve their economic standing. They have also pointed out that the figure of £350 million a week was completely imaginary. In any case, it was overshadowed by the benefits from free trade in the EU markets (around 50% of the total UK exports are to the continent).

However, economists discredited themselves in the eyes of the public during the 2008 economic crisis, which was caused in large part by the complete deregulation of financial markets. With Brexit, the British government erred by not clearly formulating basic economic regulation and policy principles. So, let’s examine the actions of the British prime minister and the leaders of the Leave faction preceding this historic vote. What are the basic economic principles of government action that Cameron ignored when he called the referendum?

The first principle is that government action should only play a supportive role in the economy. When government action exists for its own sake and does not facilitate economic actors, the effect on the economy is negative. So why did David Cameron call the referendum? Was it because he thought that it could support the UK economy? No, he called the referendum to appease the right wing of his party that is strongly Euroskeptic in order to win the last parliamentary elections. Thus, personal ambitions took precedence over economically reasonable government behavior.

The second principle concerns predictability. The English have a great tradition of not changing things that are working well. A good example is English commercial law. The Sales of Goods Act of 1893 has been subject to only minor reforms and has largely remained intact until recently. The business community must be able to predict easily the effects of the law so it can organize its affairs accordingly. That means that government action should be stable and predictable to provide good regulation.

With the Brexit referendum, however, the whole existence of the United Kingdom has been thrown in doubt. Scotland will now seek a second referendum in less than a year to leave the UK because the Scottish people, contrary to the English and Welsh, overwhelmingly voted to stay in the EU. Northern Ireland may also seek independence and even union with the Republic of Ireland. Cameron clearly broke this rule of stability and predictability.

The third principle is that the economy is fragile and requires a great deal of confidence-building. Any action of the government that makes economic actors lose confidence in the system can have a very negative impact. Calling a referendum that has the potential to plunge the UK into the unknown does little to boost the confidence of economic actors. Investors will do the sensible thing: they will stop investing. Employers who may have planned to create new jobs will abstain in the face of the uncertainty. That means less economic growth for the UK.

Economic actors do not have all the information in the world to a make decision. They can only make a reasonable prediction. That is particularly true for governments. The fourth economic principle of regulation should take into consideration the availability of information and the ability of economic actors to make a reasonable prediction based on that information. So, unless the government has enough information to predict the consequences of its actions, it should abstain, if possible, from acting. Did David Cameron or Boris Johnson have sufficient information about the impact of the referendum on the British economy to predict the likely outcomes? Cameron expected the Remain faction to win easily, and it lost. The leaders of the Leave campaign did not expect to win and had no plan on how to deal with the situation. So, neither side possessed sufficient information to make informed decisions.

Brexit was a reaction to David Cameron’s lack of concern for his electorate. He imposed an austerity economic policy on people already suffering from the EU free market. Every new regime creates both winners and losers. The EU implantation of the free movement of workers put blue-collar workers out of work: their skills could easily be replaced by cheaper, unqualified EU labor. If governments do not learn the lesson that austerity combined with free market forces creates a huge class of “losers.” the result will be a revolt at the ballot box. Governments need to protect these people if free-market economics is to work. Investing in this sector through education and requalification programs can help bring blue-collar workers into the 21st century without making them shoulder all the costs of economic dislocation.

Populism is on the rise not only in the UK but in the rest of Europe and in the United States. Brexit showed the danger of populist politics and self-interested politicians who do not care about their electorates. Politicians that create uncertainty, instability, and unpredictability are the biggest danger for democracy in our time. Even though our experts have made mistakes in the past, we would do better listening to them than to demagogues.

Alexander Atanasov is finishing his Ph.D. at the Toulouse Law School in France.