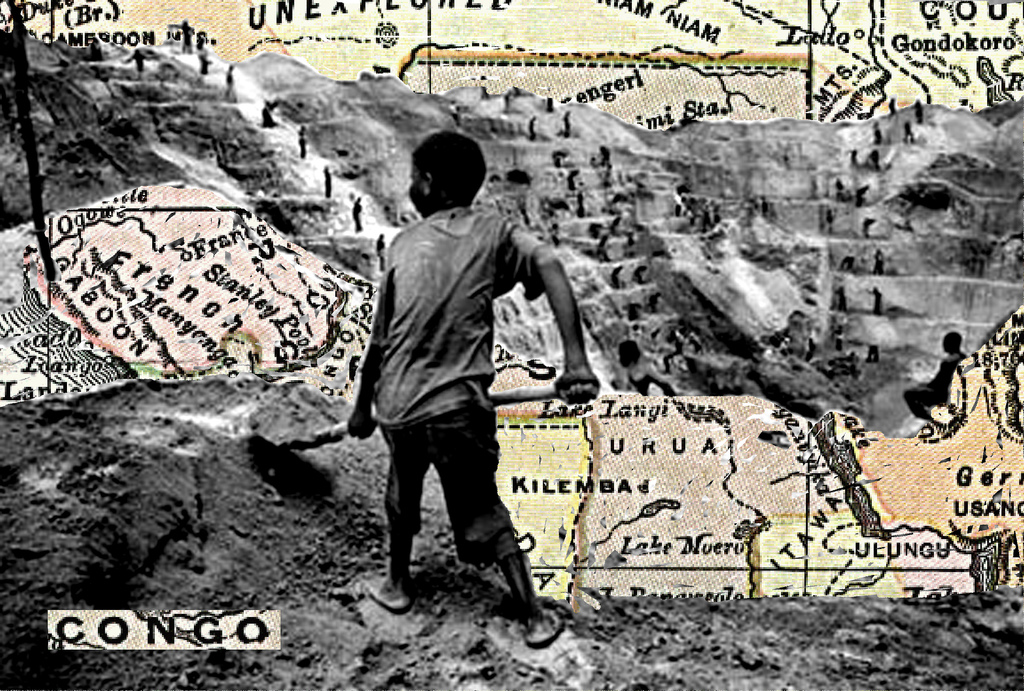 Economics by Other Means: War, Poverty, and Conflict Minerals in Africa

Throughout the postcolonial period, internecine warfare—along with the poverty and underdevelopment that attend it—has been endemic to sub-Saharan Africa. The images are depressingly familiar: government forces fighting against armed rebel militias; terrorized, starving refugees fleeing for their lives; villages burned to the ground; women raped and men tortured.

Conflict seems to radiate from the continent’s heart. A 2001 Institute of Development Studies (IDS) report listed 28 sub-Saharan African countries that have been embroiled in some form of warfare since 1980, including Angola, Burundi, Chad, the Democratic Republic of the Congo, Ethiopia, Liberia, Rwanda, Somalia, and Sudan along with many others. Many have suffered fatalities in the hundreds of thousands along with the maiming and traumatization of countless victims.

And then there is the broader toll. “Armed conflict,” observes the IDS report, “is arguably now the single most important determinant of poverty in Africa,” although the linkages between conflict and poverty remain poorly documented and inadequately understood.

The authors suggest that the continent’s often overlapping conflicts have arisen in various ways out of the “profound legitimacy crises” of post-colonial African governments, with the fracturing of weak states and the emergence of warfare as a means of accumulating power and wealth driving an endless cycle of violence. And with the drop in foreign assistance to many governments and rebel groups resulting from the end of the Cold War, belligerents have become more dependent upon private sources of support to sustain their military and political activities.

With largesse from Moscow, Washington, and the former imperial capitals no longer assured, armed groups now search for riches within their own borders—in diamond mines, gold pits, oil wells, and rare earth deposits. The struggle for control of these resources has become a source of endless strife.

In a 2001 study called The Political Ecology of War: Natural Resources and Armed Conflicts, researcher Philippe Le Billon analyzed the role of natural resources in armed conflict, both their scarcity and abundance. “The availability in nature of any resource is…not in itself a predictive indicator of conflict,” he wrote. “Rather, the desires sparked by this availability as well as people’s needs (or greed), and the practices shaping the political economy of any resource can prove conflictual, with violence becoming the decisive means of arbitration.” In other words, resource deposits themselves are not good predictors of conflict, but in an unstable political environment, resource markets can be.

Diamonds—an extremely valuable, if useless, commodity—were once marketed in the affluent West as “a girl’s best friend.” At the same time, they also became the best friends of the warring parties that brought havoc to Angola and Sierra Leone.

In the latter conflict, rebel-turned-Liberian-President Charles Taylor supplied weapons to the Rebel United Front (RUF)—an armed group in neighboring Sierra Leone that was notorious for terrorizing the population by hacking off limbs of civilians—in exchange for so-called blood diamonds. Beginning in 1991, the civil war lasted 10 years. As early as 1994, more than 50,000 people had been killed and about half the country’s 4.5 million people displaced. Even now, in peacetime, the effects of the strife still linger. The reconstruction needs are overwhelming, and the notorious and cruel amputations carried out by the RUF have irrevocably damaged a major segment of the workforce, not to mention setting in place a heavy economic national burden of medical care for these amputees.

The diamond trade has fueled violence farther down Africa’s Atlantic coast as well. In the Angolan civil war that raged from 1974 to 2001, the National Union for the Total Independence of Angola (UNITA) sold diamonds valued at $3.72 billion to finance its war with the government. It continued to do so in spite of the United Nations Security Council Resolution 1176 banning the purchase of Angolan blood diamonds.

But few cases can compare to the ongoing war in the DRC, an immense country with enormous natural resources that has been embroiled in what has been called Africa’s world war. Since fighting began in the 1990s, millions of people have died in the war’s overlapping and interlocking conflicts.

In early November 2013, the militia group M23 surrendered after its defeat by the DRC army. Despite the general jubilation greeting this news, critics have warned that if no effort is made to address the root sources of violence in the eastern Congo—which include simmering ethnic tensions and a lucrative minerals trade—some other rebel group could easily arise in M23’s stead.

In the DRC, the mineral that has up until recently fueled the war is called coltan, short for columbite-tantalite, from which tantalum is extracted. The tantalum capacitor is a stable and reliable component in smartphones, DVD players, laptops, hearing aids, and other devices. This has led critics of the mineral trade to lampoon smartphones as “blood phones,” a designation particularly aimed at the iPhone, although Apple is by no means the only guilty party. However, there are some indications that miners have switched to digging for gold, which has become much more profitable than the other so-called conflict minerals: tin, tungsten, and tantalum, known as the “three Ts.”

International markets for conflict commodities have often roped former colonial powers into resource wars directly. A case in point is Nigeria, where the entrenched hand of the British played a conniving role during the Nigerian civil war of 1967-1970. Charismatic Colonel Odumewu Ojukwu led the attempted secession of southeastern Nigeria, which was to be called Biafra. If successful, the breakaway would have cut the oil production of the Federal Republic of Nigeria in half. The military government in Lagos, headed by General Yakubu Gowon, was not the only one panicked over the potential loss of all that crude oil. So were the British, who went on to aid Gowon with a steady supply of weapons. Abetting Gowon’s food blockade of Biafra, the British contributed to the starvation of Biafrans.

Images of skeletal, pot-bellied children shocked the world, but the position of the British was clear: “The sole immediate British interest in Nigeria,” wrote Commonwealth Minister George Thomas in August 1967, “is that the Nigerian economy should be brought back to a condition in which our substantial trade and investment in the country can be further developed, and particularly so we can regain access to important oil installations.

While Britain supported Nigeria, France and other countries covertly supplied weapons to Biafra. Did oil cause the Nigerian civil war? No. But was it an important contributing factor? Certainly.

Economics by Other Means

In the triangle of war, poverty, and conflict minerals, it is the latter that often garners the most attention among socially conscious observers.

However, as much as the minerals may be in the thick of the conflict, they aren’t necessarily the immediate cause of these wars. Rather, complex social and political factors in the region, many but not all of them colonial legacies, create an environment ripe for the outbreak of wars in which the valuable minerals become a funding source for the combatants. Some of these factors include social inequality and ethnic rivalries (Tutsis and Hutus of Rwanda and the DRC); peacetime kleptocracy (Siaka Stevens of Sierra Leone); a lack of employment opportunities for young men; disillusionment with government; weak democratic institutions; and poverty itself.

We tend to watch these civil and cross-border wars in sub-Saharan Africa and pronounce them irrational—“Why don’t these crazy people put their energies and resources into development rather than fighting with each other?” we wonder.

But with remarkable clarity, David Keen, in the book Greed & Grievance: Economic Agendas in Civil Wars, makes the point that labels such as “ethnic hatred,” “mindless violence,” and “chaos” are applied chiefly by people who assume that the goal of any war should be victory. However, as Keen notes, sometimes the image of war serves as a smokescreen for the emergence of a wartime political economy from which rebels and even governments may be benefitting. Small wonder the warring factions may show little interest in negotiating a settlement. War for them is not just a continuation of politics by other means; it may be a continuation of economics by other means.

There is some reason for hope—sub-Saharan African countries like Ghana and Botswana continue to strengthen their democratic institutions while capitalizing on resource boons—but millions of Africans remain caught at the dangerous intersection of poverty, war, and resources. Averting one path alone will not suffice to reduce the hazard, but escaping all paths at once is a difficult feat to execute.

Kwei Quartey
Foreign Policy In Focus columnist Kwei Quartey was born in Ghana and raised by an African American mother and a Ghanaian father, both of whom were university lecturers. He lives in Pasadena, California where he runs a wound care clinic and is the lead physician at an urgent care center. He is the author of three novels.