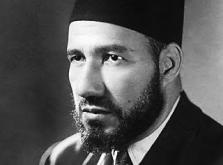 As the Muslim Brotherhood scrambles to limit the regional damage to its influence, U.S. Middle-East policy is once again in disarray.
By Ibrahim Kazerooni , Rob Prince | July 29, 2013

While media in the United States has focused on the Egyptian uprising that triggered a military-led coup in which the Muslim Brotherhood (MB) led government was dissolved, hardly any media reports here have considered the regional implications of the Egyptian events, nor the implications for U.S. Middle East policy. Reeling from the coup’s impact, the echoes of which extend far beyond Egypt, the MB is now scrambling to limit the regional damage to its influence. U.S. Middle East policy slips back into disarray.

Yet, analyzing Egyptian politics, economic, and social structures requires taking into consideration the country’s role in the region, and not in isolation. Assessing the Egyptian crises, the subject matter at hand, in abstraction, without due attention to the Egypt’s regional context misses the proverbial forest through the trees.  To better understand what happened in Egypt and the ramification of the recent events we need to explore a number of issues:

1. The Muslim Brotherhood (MB) and its regional and internal politics
2. The regional power players
3, The sectarian campaign against the Shia.

The Muslim Brotherhood (MB), and its regional and internal politics

Finding themselves in the political wilderness for eighty some years had major psychological effect on the mind of MB. On coming to power in Egypt, with a vengeance, they embarked on a campaign, attempting to gain control of all aspect of Egyptian, political, economic and social structures. The ‘Brotherhoodization’ of all Egyptian institutions aptly reflects their plans. It was precisely this approach, a ‘monocratic’ approach that brought the MB into conflict with powerful segments of Egyptian society; namely; the military, the secular liberal and even the more extreme Salafi/Wahhabi religious circles.

Morsi’s inability to navigate between these players and to address their genuine concerns was probably the cardinal political sin of the MB regime in the short period that they were in power and the primary reason for their downfall. He was able to placate these Salafi/Wahhabi religious circles by giving in to their hawkish views and dogmatic interpretation of religion and intolerance of minorities which they spewed from over 35 TV channels that they were permitted to control; however, he failed to address the legitimate concerns of the other two powerful segments of Egyptian society: the military and the secular/liberals that opposed Morsi’s authoritarian style of government.

Their lofty rhetoric to the contrary, from their inception, the MB has been a key proliferator of Western foreign policy throughout the Middle East, most especially that of the United States. Regionally speaking, the Brotherhood and the Salafis in Egypt have their equivalents in much of the Arab world. Aside from its pro-capitalist ideology, one important aspect of the MB and some other Islamic movements is that for four decades after the World War Two they were seen by the West and the Arab regimes as useful allies against the ‘communist infidels’.

For example, Hamas in Palestine was originally financed by the Saudis, and Israel turned a blind eye to its initial rise, because it was seen as counter to the secular and left-leaning Fatah and Popular Front and the Democratic Popular Front. Following the post-uprising shift in the balance of forces in Egypt and the ascendency of the MB, there is now intense political debate within Hamas as to whether they should align themselves with the Brotherhood in Egypt and Syria.

A 2007 New Yorker article entitled, “The Redirection,” by Seymour Hersh, characterizes the Brotherhoods as being directly backed by the US and Israel who were funneling political, military and financial support through the Saudis so as to not compromise the “credibility” of the so-called “Islamic” movement. The Hersh article continued by explaining how already in 2007, US and Saudi backing had begun benefiting the MB. A former high-ranking C.I.A. officer told Hersh, “The Americans have provided both political and financial support. The Saudis are taking the lead with financial support, but there is American involvement.”

The Muslim Brotherhood plan: control the Middle East in an arc from Turkey to Egypt and on into North Africa

A few days after Morsi’s downfall, the MB immediately called for a secret crisis meeting in Istanbul to assess the implications of Morsi’s dismissal in relation to the plan to create an arc of MB-controlled states extending from Turkey in the north of the Eastern Mediterranean to Egypt in the South that included Syria, Lebanon, Jordan and as well as a few North African countries. Egypt was a key, if not the key building block in such a plan. To lose control of Egypt was paramount to turning the Brotherhood dream into little more than fantasy.

In the last few years Middle-East observers began to notice an acrimonious competition between Qatar and Saudi Arabia for the leadership of the Arab World. The regional power struggle between the two counties had serious consequences not only for the two countries themselves but across the region. The election of MB in Egypt, Syria etc. was directly linked to this conflict.

The Saudis, who backed different Salafi/Wahhabist elements,1  never wanted MB to come to power in Egypt, and worked hard to prevent it. On the other hand, the Qataris strongly backed the MB regime in Egypt. An independent Italian newspaper has published a secret document showing that Saudi Arabia was opposed to Mohamed Morsi being elected Egypt’s president over a year ago.

The Italian Notizie di politica noted that the document was a letter written by Foreign Minister Saud bin Faisal to the Saudi Embassy in the Egyptian capital Cairo. Written just prior to Egypt’s first freely contested elections in May last year, in the letter, Riyadh ordered its diplomats in Cairo to do everything possible to prevent the victory of Morsi and the Muslim Brotherhood Movement, to which Morsi belongs.

Morsi took office as Egypt’s first freely-elected president in June 2012. However, after facing calls to step down, Morsi was toppled in a military coup July 3 this year. The Wahhabi religious leaders in Egypt, close to the Saudi ruling family, are much closer to the Salafis in their very rigid and ruthless outlook on social issues than to the MB. Saudi Arabia has supported the recent Egyptian military intervention. As if to hammer the nail home, the Saudi leadership was also the first to congratulate Egypt’s interim president.

If the Saudis are supporting Egypt’s Wahhabi/Salafist elements, Qatar is, on the other hand, playing a leading role in financing the MB in Egypt and throughout the region. It appears that Qatar has promised Hamas it will finance Gaza reconstruction on the condition that Hamas comes out in opposition to the Syrian regime, withdraws its headquarters from Damascus and breaks its ties with Iran. Turkey too, has close ties with the MB and Hamas, and has been providing active support for the Syrian Brotherhood, arming the Free Syrian Army and providing it with logistical support.

Sectarian campaign against the Shia.

If the Saudis and Qataris compete with one another for increased influence through the Middle East, all the same, they converge on one point: their anti-Shia bias. The Saudi and Qatari royal families, backed by the US, have been aggressively accelerating a racist and sectarian campaign against Iran and the Arab Shia communities in the region.

In this they have succeeded in recruiting most of the leaders of the Islamic organizations in Egypt, Libya, Tunisia, Syria, Lebanon, Jordan, Iraq and, it appears, some Palestinians too. This campaign coordinates with Israeli and US threats to attack Iran. Here, Syria is seen as the main obstacle to unifying the region’s states against Iran and Hezbollah in Lebanon.

To be continued in part three …

1This is complex factional politics between different Sunni factions – the Salafis and Wahhabists are Saudi supported, the Brotherhoods get their support from Qatar. ‘Support’ entails political and military training, financing, providing arms, etc. At different times, depending on their regional priorities, the United States has backed, used one or another of these groups, their anti-American rhetoric aside.