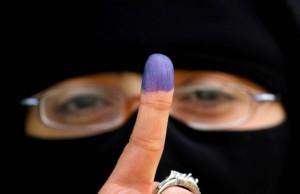 Egypt and the Islamists

The victory of Islamists in Egypt is a victory for democracy.
By Ahmed Souaiaia | January 26, 2012

Two days before the anniversary of the Egyptian revolution that eventually forced out Hosni Mubarak, the newly elected members of the Egyptian parliament convened for the first time and endorseda member of the Muslim Brotherhood as speaker. Saad al-Katatni was elected on Monday receiving 399 votes, 80 percent of the 498 votes cast.

The 59-year-old botany professor was elected to the current parliament as the representative from the province of Minya, which is south of Cairo. He is not new to politics. Katatni is a seasoned legislator who served as the leader of the Muslim Brotherhood’s parliamentary bloc between 2005 and 2010, when organization candidates ran as independents because the Islamist movement was not allowed to field candidates directly.

The Egyptian results, as in similar elections in Tunisia, Palestine, Iraq, and Turkey, suggest that in any fair and transparent elections in the Islamic world, Islamist parties and their affiliates can easily win at least 40 percent of the votes. In fact, in the case of Egypt, Islamist parties together won over 77 percent of the seats. These results can be used as predictors of future elections in other Arab and Islamic countries in the area. Arguably, if fair elections were held in Algeria, Bahrain, Jordan, Kuwait, Lebanon, Libya, Mauritania, Morocco, Oman, Saudi Arabia, Sudan, Syria, and Yemen, Islamists are likely to win 40 percent or more of the votes. The question, then, is no longer whether Islamists can win a majority in elections, but which strain of Islamism and by how much.

By all accounts, the elections in Egypt were unprecedented. More than 30 million people voted (over 60 percent of the eligible voters), and more than ten million of them voted for the party of the Muslim Brotherhood, the Freedom and Justice Party (al-Hurriyyawa-‘l-adala). This margin of victory allows that party to govern without needing to forma coalition with any of the major parties. The party won 127 seats through the party list and 108 individual seats for a total of 235 seats. The parliament consists of 498 elected members, 10 appointed, for a total of 508 seats. They only need about 20 seats to establish a governing majority.Therefore, the Freedom and Justice Party (FJP) has many options to form a majority government.

The FJP could enter into a coalition with al-Nur, the Salafist party that came second after winning 24 percent of the votes, a result that surprised most observers. The FJP could also merge with another Islamist party, the Center Party (al-Wasat) that won 10 seats, and attract some of the independent members. Alternatively, it could enter into a governing coalition with both Islamist parties, a move that would likely heighten the anxiety of secular politicians. The so-called liberal parties combined won a mere 15 percent of the seats, led by the oldest party, the Delegation Party (al-Wafd), which came in third after securing 38 seats. However, despite the weak performance of al-Wafd, the FJP might be inclined to enter into a coalition with it instead of one or both of the Islamist parties. While the FJP is ideologically closer to other Islamist parties, an alliance with the DP will lessen western anxiety over a possible Islamists’ takeover. Additionally, an alliance with a centrist liberal party like the DP might help marginalize the Salafists who are suspected of benefiting from Saudi moral and financial support. In other words, the fear of increased Saudi interference in Egyptian internal affairs makes the FJP and DP allies.

Regardless of the coalition choices the FJP may make in the next few days, this body of elected representatives will be tested as it faces a host of problems during this transition period. Importantly, the leaders of the parliament must appoint a committee consisting of 100 members tasked with drafting the new constitution. The FJP will face pressure from the right as well as from the left.

The ultraconservative al-Nur party, whose supporters have generally shunned democracy as un-Islamic, will likely push for the inclusion of explicit language about the shari`ah being the main source of law in the new constitution. Liberal politicians and western governments will advocate for a constitution that favors secularism. A likely compromise will enshrine shari`ah as a main source of law. Short of that, and if leaders of the parliament cannot reach consensus on this and other critical issues, the military would probably intervene—a scenario favored by a number of military leaders.

One thing is certain however: the next Egyptian president will not be allowed to consolidate power the way Mubarak and his predecessors did in the past. The Muslim Brotherhood implicitly endorsed such a plan. Immediately after the fall of the regime, the party announced that it will not field a presidential candidate. The move reassured the Egyptian public and foreign governments that Islamists are not interested in a power grab. That movedid not mean that Islamists are disinterested in the position. Instead, they want to reform it.

Furthermore, the Muslim Brotherhood favors a ceremonial presidential position and a strong government under the oversight of the parliament. Ultimately, this divested-power model might benefit Egyptian society, which has suffered under authoritarian rule since independence. It may also promote the emergence of autonomous civil society institutions, which is necessary for accountable government.

The most important achievement of these elections, however, remains the embrace of the electoral paradigm for the determination of political legitimacy. Indeed, the ban on Islamists in past turned them into political martyrs. By rejecting democracy, the Salafists attempted to discredit the representative governance model. Now, the participation of more than one Islamist group in local and national elections takes religious absolutism out of the equation and empowers the people to determine their political leaders and institutions. That in and of itself is a step in the right direction.

Ahmed SouaiaiaForeign Policy In Focus contributor Ahmed Souaiaia teaches at the University of Iowa. He is the author of the book, Contesting Justice. Opinions expressed herein are the author’s, speaking as a citizen on matters of public interest; not speaking for the university or any other organization with which he is affiliated.