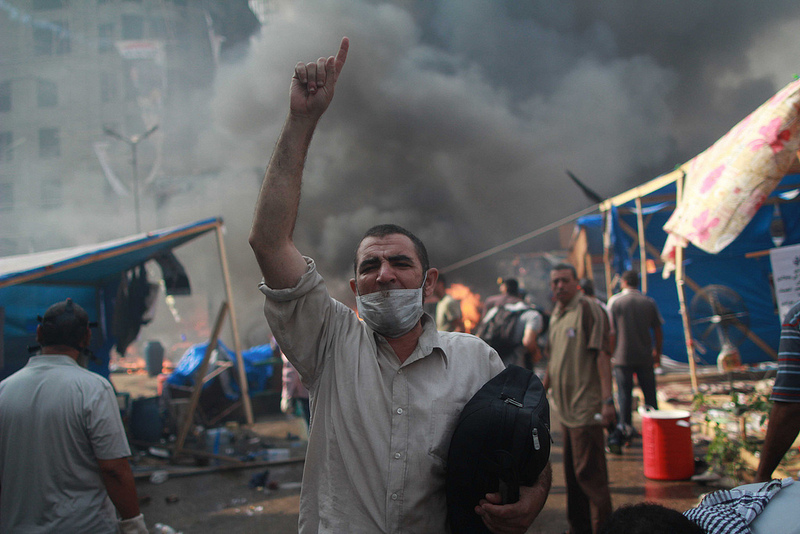 Events since the ouster of Mohamed Morsi have been ominous for democracy and for Egypt.
By Adil E. Shamoo | October 29, 2013 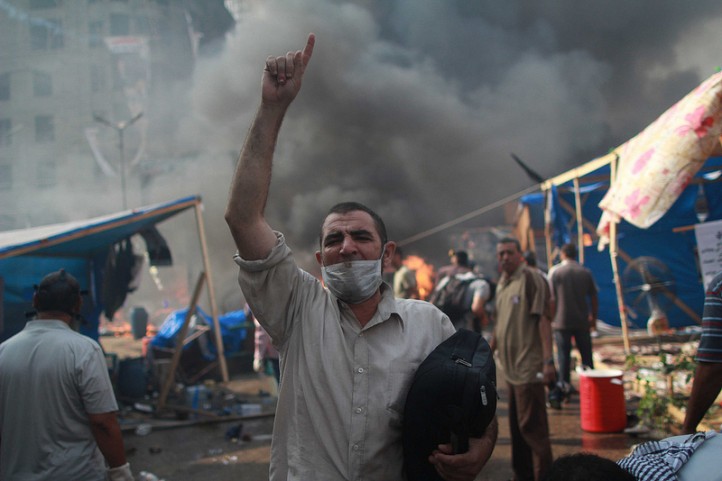 The Egyptian people face a very difficult choice. They must choose a path that does not lead toward greater violence, further economic decline, dictatorship, or even civil war. Egypt must somehow avoid the fate of Syria (a civil war with over 100,000 civilian casualties), Iraq (a confessional conflict that produces over 10,000 deaths a year), and Libya (an anemic government and rampant lawlessness). Egypt is the heartbeat of the Arab world, and the path it chooses will have a profound influence on all Arabs.

Unfortunately, Egypt’s current path may take the country into a dark tunnel with unknown and dire consequences.

On July 3, 2013, the Egyptian military agreed with the demands of nearly 20 million Egyptians who had demonstrated for the ouster of the elected president of Egypt, Mohamed Morsi of the Muslim Brotherhood. At the time, I refused to call the military intervention a coup, since the military was responding to the overwhelming desire of the Egyptian people. I, too, hoped that the military rule would be temporary and followed by a more secular constitution along with free and fair elections.

The current status indicates otherwise. The events since the ouster of Morsi have been ominous for democracy and Egypt.

Cracking Down on the Brotherhood

Violence is on the increase. So far over 1,000 protesters from the Brotherhood’s “anti-coup” alliance have been killed. During Egypt’s celebration honoring its military, 51 people were killed and 200 were injured. Chaos rules in the Sinai, where the killing of Egyptian security forces is routine. For the first time, a group of jihadists called Bayt al-Magdis openly claimed responsibility for a car bombing in the Suez Canal city of Ismailia.

Despite the difficulties the Egyptian military is facing, millions of Egyptians are comparing the popular el-Sissi to their famous leader Gamal Abdel Nasser. A draft movement has formed to urge him to run for president.

Fear of the military is gripping many political leaders. For example, Ayman Nour is in exile in Lebanon; Mohamed Elbaradei is in his Vienna home; and the offices of the April 6 Movement, the leaders of the earlier effort that toppled Mubarak, were shut down and some of its leaders arrested. The military is no longer just targeting the Muslim Brotherhood. It has turned its sights on secular and liberal leaders too.

Egyptians are facing serious economic challenges, with the official unemployment figure at 13.3 percent. At the same time, there are signs of determination among young Egyptians. At present, there are 9,000 startups in Egypt struggling to form stronger companies and solicit funding for their entrepreneurial ventures. Outside investors have shown a keen interest, and the Egyptian stock market is on the rise.

Freedom of the press is diminishing. The Egyptian government shut down three major Islamic television stations along with the not-so-neutral Egyptian offices of Al-Jazeera. Many journalists have been arrested and at least six have been killed. Opponents of the military are experiencing considerable fear and intimidation.

The Obama administration, to its credit, is resisting private and public pressure from Saudi officials to support Egypt’s military government regardless of the latter’s actions against its opponents. The U.S. government, finally, has taken the modest step of curbing military aid to Egypt in recognition of the non-democratic state of affairs in the country while still trying to maintain a good relationship with the leaders of the largest Arab country. The Obama administration can also channel direct aid for improving health and education to the people of Egypt through Egyptian organizations. Egypt needs an increase, not a decrease, in non-military aid to buttress economic development.

Europe is attempting to mediate the conflict in Egypt too. Catherine Ashton, the European Union foreign policy chief, twice visited Egypt in an attempt to ameliorate the clampdown, reduce casualties, and maintain good relations. The United States and Europe recognize the importance of a stable Egypt for the future of the Middle East.

The best hope for Egypt is for both sides of the conflict to form a transitional national unity government and hold free and fair elections. The national unity government must stop all arbitrary arrests and the use of lethal force against its opponents. The Egyptian military should revert back to its original policy of never shooting at civilians. This is the only way for Egypt to avoid the dark tunnel that beckons.

Adil E. Shamoo
Adil E. Shamoo is an associate fellow of the Institute for Policy Studies, a senior analyst for Foreign Policy in Focus, and the author of Equal Worth – When Humanity Will Have Peace. He can be reached at ashamoo@som.umaryland.edu.