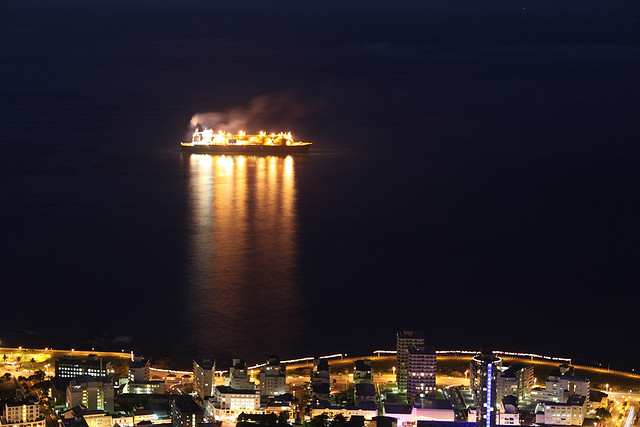 Electrifying Africa–But at What Cost to Africans? In June, U.S. policymakers announced two initiatives aimed at increasing electricity production in Africa. President Obama launched Power Africa, an initiative that makes a $7-billion U.S. commitment to the energy sector in six African countries. And Representatives Ed Royce (R-CA) and Eliot Engel (D-NY) introduced the Electrify Africa Act in the House, which sets a goal of providing access to electricity for at least 50 million people in sub-Saharan Africa by 2020. Both initiatives place increasing investment by U.S. companies in Africa at their center.

Africa is home to almost 600 million people without electricity, all of whom struggle to meet their basic needs as a result. Access to power translates into refrigerating vaccines, keeping food from spoiling, studying after dark—the kinds of activities that can dramatically improve basic health, education, and economic opportunity.

While rhetoric around the two U.S. initiatives is about reducing poverty and improving Africans’ quality of life, the approaches being outlined seem likely to lead to large, climate-polluting, centralized power projects—not the decentralized, renewable energy systems that are the most efficient and cleanest means of reaching Africa’s poorest families.

Decentralized, renewable energy sources are best for the rural poor.

The International Energy Agency (IEA) says that universal energy access can be achieved by 2030 with significantly stepped-up investment. In sub-Saharan Africa, it would require an extra $19 billion a year, and money pledged by the U.S. government could be a strong down payment.

The IEA also notes that the majority of the additional investment needs to go to small-scale mini-grid and off-grid solutions—which are more efficient at delivering electricity to people in rural areas, where 84 percent of the energy-poor live—not to centralized power plants. Small-scale systems produce energy at the household and community level from renewable sources, including micro-hydro, solar, wind, and biogas.

So an energy access win for the poor is also a win for the environment. By developing clean energy instead of burning fossil fuels, decentralized renewable systems help curb greenhouse gas emissions and curtail climate change. That’s important because if left unfettered, climate change is predicted to wreak havoc across Africa.

Africa will be disproportionately impacted by the climate crisis.

According to the World Bank, climate change is likely to undermine the development gains made in recent decades, pushing millions of people back into poverty. And as the Intergovernmental Panel on Climate Change—the leading global scientific body on climate change—notes, warming on the African continent could be some of the developing world’s most severe, reaching one-and-a-half times the global average.

Droughts and heat waves brought on by climate change are expected to significantly compromise agricultural production and access to food in Africa. Yields from rain-fed agriculture could drop by 50 percent in some countries by 2020, and crop revenues could fall by as much as 90 percent by 2100. Food insecurity and exacerbated malnutrition in turn will compromise human health.

Sea level rise is anticipated to threaten the 320 coastal cities and 56 million people living in low-lying coastal zones around the continent. And the cost to African nations of adapting to a warmer world could amount to between 5 and 10 percent of their gross domestic product.

“All of the above” means dirty and clean power.

While Power Africa and the Electrify Africa Act do include language about developing “an appropriate mix of power solutions, including renewable energy,” proponents of these policies have been most publicly enthusiastic about new discoveries of vast reserves of oil and gas on the continent.

In fact, with only $20 million allocated toward project preparation, feasibility, and technical assistance for renewables, clean energy makes up less than 0.3 percent of the White House initiative’s budget.

Natural gas, on the other hand, is front and center. While gas is sometimes talked about as a “cleaner” fossil fuel, it can be even more polluting than dirty coal when methane (a greenhouse gas 20 times as powerful as carbon dioxide) is released during its production.

In other words, gas is no “bridge fuel” between energy poverty and the clean power that every person deserves. Once Africans are locked into natural gas infrastructure, they’re locked into 40 years of increasing emissions—and four more decades of global warming’s impacts.

The push for natural gas is so forceful that one of the U.S. government’s strongest climate policies to date—the cap on greenhouse gas emissions at the Overseas Private Investment Corporation (OPIC)—has come under fire.

OPIC’s cap—an outcome of a 2009 legal settlement with environmental groups over the agency’s practice of lending to large, destructive oil and gas projects—forces a 30-percent greenhouse gas reduction across its portfolio over 10 years and a 50-percent reduction over 15 years.

The results have been notable. By 2011, the agency’s renewable energy finance had risen to nearly $1 billion—about a third of its total commitments that year. By contrast, the U.S. Export-Import Bank (Ex-Im)—OPIC’s sister organization—steadily increased investment in dirty energy, with fossil fuel funding doubling between 2011 and 2012.

Unfortunately, some development groups say that to achieve energy access for Africa, OPIC’s hard-won greenhouse gas cap has to be weakened. For instance, a lobbying document from the ONE campaign highlights how the Electrify Africa Act “unlocks OPIC’s investment potential by requiring OPIC to revise its existing policy on the carbon emissions of its investments to permit significant investment in the electricity sector of the poorest and lowest pollution-emitting countries.”

Ironically, the impacts of doing away with this policy—more greenhouse gas emissions and fewer renewable projects focused on access—would only come back to hit communities in Africa even harder as climate change intensifies.

While this provision is not yet part of the bill introduced in Congress, there are concerns that it will appear as an amendment now that Congress has reconvened. And that’s particularly worrying. Of the $1.5 billion that the Power Africa initiative promises from OPIC for energy, less than 2 percent has been earmarked for renewables.

Who stands to gain by busting the cap?

If large, centralized fossil fuel production won’t particularly help poor Africans access energy—and would exacerbate climate change, which in turn threatens development on the continent—why would anyone want to bust the greenhouse gas cap at OPIC?

For one possible explanation, look no further than the oil and gas fields recently found off the coast of Africa. Big reserves mean big money, and the business of extracting and processing new oil and gas from sub-Saharan Africa will be lucrative.

It’s OPIC’s job to help U.S. companies gain a foothold in emerging markets like these by providing finance. And by doing away with lending restrictions on climate polluting projects, OPIC is free to grease the wheels for mega-deals between U.S. fossil fuel companies and African interests.

One of those companies appears to be General Electric, which recently signed a tentative deal with Ghana to build a power plant likely to be fueled with natural gas from the Jubilee offshore field. (Perhaps not uncoincidentally, G.E.’s CEO traveled with Obama on his Africa trade mission.) According to Forbes, G.E. has recently pivoted its attention to Africa and is marketing power generation products like natural gas engines to African companies. Not surprising, then, that Ex-Im chairman Fred Hochberg called Power Africa a “$7B plan to power up General Electric” on Twitter.

Helping to bring electricity into the homes, schools, hospitals, and workplaces of tens of millions of people living on the African continent is the right thing to do. The United States can support energy access through public finance—raised from innovative sources like a financial transaction tax and by ending subsidies to fossil fuel companies—and by directing the $7 billion Obama promised to decentralized, renewable energy systems. That would ensure that we’re spending our money to benefit African families, not U.S. energy companies.