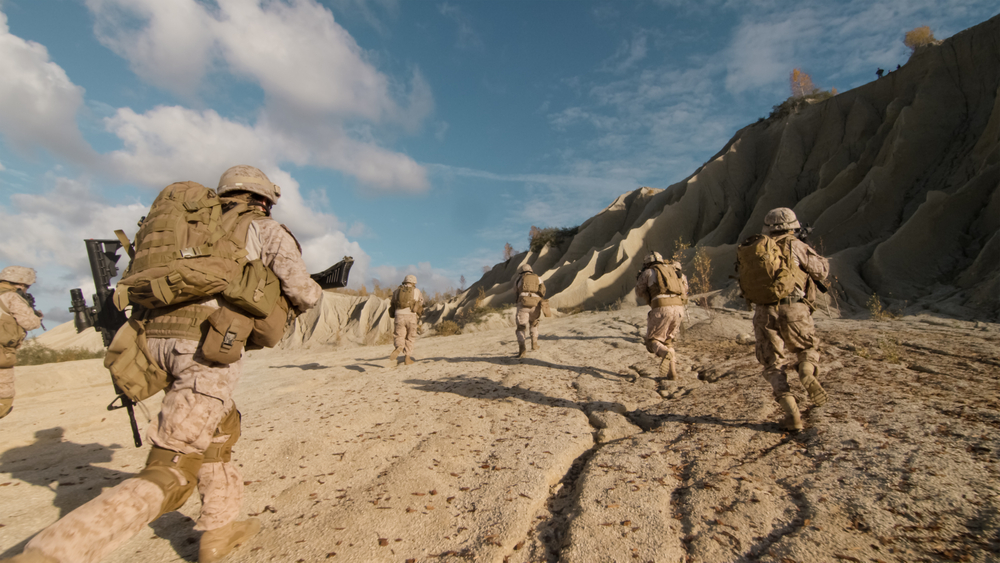 Hard data shows ending our wars would be smart politics — and the first step toward repairing a moral calamity.
By Peter Certo | November 26, 2019

Like anyone else who was around that day, I can tell you exactly where I was on 9/11.

I was a Catholic school eighth grader, fresh off my 14th birthday. The school day lurched along for a while, but eventually we dropped the pretense of carrying on. Teachers ushered us into the adjoining church for a prayer service, then sent us home early.

Later on, in the car with my dad, we heard what sounded like an explosion — a sonic boom from the nearby air base. My dad pulled over alongside other panicked drivers, all of us scanning the sky. In our agitated state, we genuinely believed that our little corner of Ohio might be attacked, too.

Like so many others, that day was my first experience of genuine fear about the world outside. And that’s usually where we leave these reflections. We shouldn’t — because the truth is, the terror many of us felt that day pales in comparison to the terror we’ve visited on the world since then.

A new study from Brown University’s Costs of War project puts that terror into stark relief. It estimates that 800,000 people have been killed in Afghanistan, Iraq, Syria, Pakistan, and Yemen in the wars we’ve launched since 9/11, with local civilians representing the largest share of that total.

But that’s a conservative estimate. When you add those who died from preventable causes thanks to decimated health care, food, and sanitation systems in our many war zones, American University’s David Vine writes, the figure climbs to 3.1 million. The vast majority are civilians.

That’s over 1,000 times the number of innocents who died on 9/11 — an almost incomprehensible toll.

Americans have also paid dearly for these wars: $6.4 trillion, plus significant losses of life and limb. Some 7,000 U.S. troops have died in these conflicts. Yet for all this suffering, the dual trends of war fatigue and rising nativism in our politics suggest that no one’s feeling any safer even after two decades of war.

This fall, a big survey by Data for Progress found substantial majorities of Americans supporting an end to our ground wars. That included 58 percent of Republicans and 79 percent of Democrats, many of whom also supported rolling back our global presence altogether.

Remarkably, while a few Democratic presidential candidates have called to end the wars, it’s Donald Trump who has most effectively weaponized the issue. There’s data to suggest his support in high-casualty states was key to his 2016 victory over the more hawkish-seeming Hillary Clinton.

Yet for all his bluster about getting U.S. troops out of “blood-stained sand,” more U.S. troops are deployed in the Middle East today than when Trump took office, locking down oil fields and defending brutal dictatorships like Saudi Arabia. Bombs fall more freely than ever, with Trump’s drone attacks vastly surpassing even the trigger-happy Obama administration’s. Even token measures to limit civilian casualties have been swept aside.

By embracing what’s right as well as what’s popular, leading Democrats have accelerated public support for fighting climate change and expanding health care. And with Trump failing to deliver on his antiwar pretenses, they have an enormous opportunity to do the same on ending our wars. In fact, if they want to afford those other things, they’ll have to.

In a lot of ways, the world’s a scarier place now than when I was in middle school. But with the right leadership, a lot more is possible, too. If we’re ever going to win the war on terror, the first step is to stop spreading it.