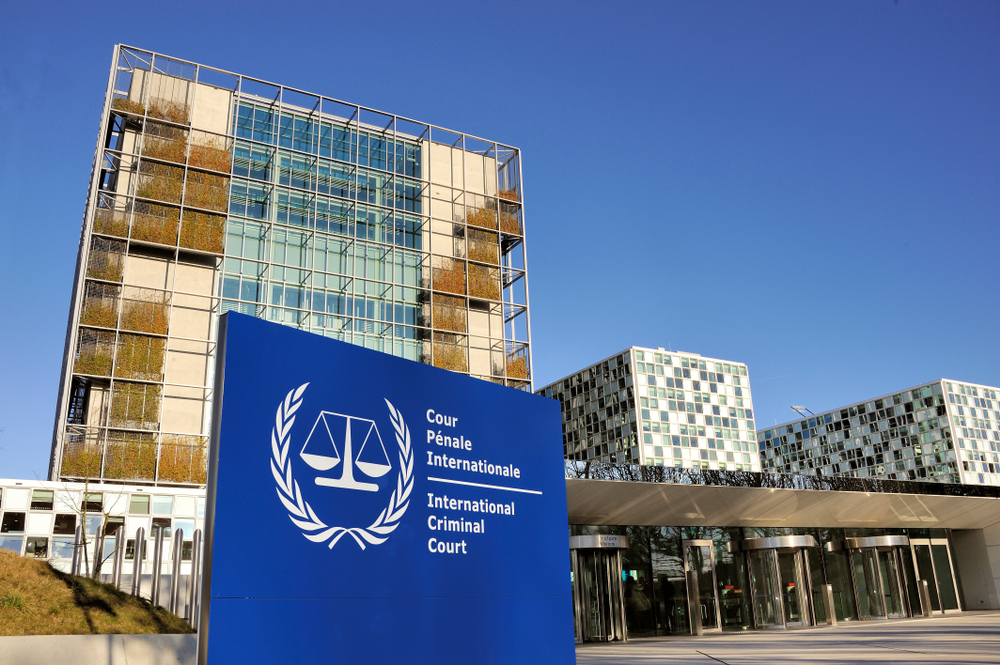 Ensuring That The ICC Rises To The Challenge

On the eve of the 20th anniversary of its establishment, the International Criminal Court needs to up its game.
By Kenneth Roth, Salil Shetty | July 11, 2018

Four years ago, Human Rights Watch and Amnesty International—joining hundreds of others—urged the United Nations Security Council to send atrocity crimes committed in Syria to the International Criminal Court (ICC) for prosecution. Then, the conflict had already claimed 100,000 lives, overwhelmingly civilians. Today, the death toll is estimated at over half a million, with each day bringing new violations and unlawful killings.

Yet the ICC has been unable to act. Russia’s veto at the Security Council continues to block a path to justice for Syria’s victims. Other council members, including the United States, have also used or threatened to use their veto to block action on other atrocity crimes.

This sad situation is a far cry from the summer of 1998, when many governments with the support of nongovernmental organizations came together in Rome to create the ICC. Many of the major powers including the US opposed the effort, but smaller and medium-sized governments seized what turned out to be a fleeting moment. With a post-cold war faith in multilateralism and a resolve driven by genocide in Rwanda and the former Yugoslavia, these governments acted on longstanding but unrealized ambitions for a permanent, global criminal court. The Rome Statute, the court’s founding document, was adopted on July 17, 1998, and the court was set up four years later.

The ICC is a court of last resort, for the most serious international crimes, including genocide, war crimes, and crimes against humanity. The court can act in all countries that have joined its treaty—123 are now ICC members—but where states have not, as in Syria, a so-called referral from either the government or the UN Security Council is needed. These and other limits notwithstanding, the court’s creation was an extraordinary achievement, firmly establishing a marker on the side of justice and the protection of human rights.

Today, the court has opened formal investigations in 10 countries. But with mass atrocities being committed in many parts of the globe, it is needed elsewhere as well. The court is responding by moving away from its all-Africa focus. For example, the prosecutor’s pending request to open an investigation in Afghanistan would put in reach US nationals alleged to have committed war crimes there. That will likely provoke fierce opposition from the Trump administration. But it would demonstrate the potential of the ICC to investigate previously “untouchable actors” and to demonstrate that no one is above the law, puncturing a damaging if misleading narrative that the court was targeting only African leaders. Similarly, Palestine’s ratification and recent request to the ICC prosecutor to investigate war crimes there brings into the court’s sights a decades-long situation of near-complete impunity on the part of both Israeli and Palestinian forces.

Yet parallel with this acute need, the court is facing steep challenges. Some of these were to be expected as it becomes more effective and begins to investigate more powerful states or affect their interests. But this is not a sufficient explanation.

The court needs to improve its own performance. It has been plagued by lengthy proceedings, insufficient investigations in its earliest cases, and case-selection strategies that don’t always reflect what is most meaningful to victims. The prosecutor’s office would be well served by articulating clear priorities within and among the countries it addresses—and then living up to them.

But the burden of bolstering the ICC also rests with its member states. Like other human rights-protecting institutions, the court has struggled with a lack of political will among its ostensible government supporters, especially when it comes to arresting suspects. Inevitably, fulfilling obligations is more difficult in practice than in the abstract. Fifteen ICC arrest warrants are currently unenforced. In addition, damaging haggling among ICC members over restricting the court’s budget has displaced meaningful debate about how to build an effective institution.

The ICC has also attracted predictable opposition from leaders with reason to fear accountability. Facing possible ICC investigations, Burundi and the Philippines announced their withdrawals from the ICC, with Burundi having now formally left the court. As the now-open Burundi investigation shows, however, withdrawal has little legal effect on the court’s ability to pursue past crimes. Kenya, at a time when cases were pending before the ICC against the country’s president and deputy president for allegedly engineering attacks on one another’s supporters following the 2007 disputed election, tried to orchestrate a mass withdrawal by African countries. It failed in the face of strong opposition from other African governments and African civil society.

To counter such attacks, member states should use every opportunity to demonstrate support for the court. Member states that have complained about a perceived selectivity should support the court as it opens investigations outside Africa. Such concrete assistance can include building pressure to execute outstanding arrest warrants and ensuring that the court has the necessary funds to do its job.

At stake is not just the success of a single institution. The Rome Statute “system” is a network of the national courts of ICC member countries. The accountability embedded in the ICC treaty serves as a catalyst for other justice efforts, such as a UN-backed investigation mechanism set up for Syria to circumvent the Russian veto at the Security Council. That mechanism is not a court, but it can build trial-ready cases for national and international investigations when suspects are arrested and international justice avenues become available.

As the twentieth anniversary of the ICC treaty nears, it is time to renew commitment to this landmark institution and for other states to join the court. These are the dangerous times that the court’s founders anticipated, warning in the treaty that the “delicate mosaic [of humanity’s common bonds] may be shattered at any time.” They believed they were building an institution to ensure that the most basic values—equality, dignity, justice—would be protected by law. It is critical not to turn back from this goal. We urge the global community that supported the ICC’s creation to work together with court officials to ensure that the ICC and its fight against impunity are strengthened by adversity, not diminished.

Kenneth Roth is the executive director of Human Rights Watch. Salil Shetty is the former secretary general of Amnesty International. Follow them on Twitter: @KenRoth and @SalilShetty.