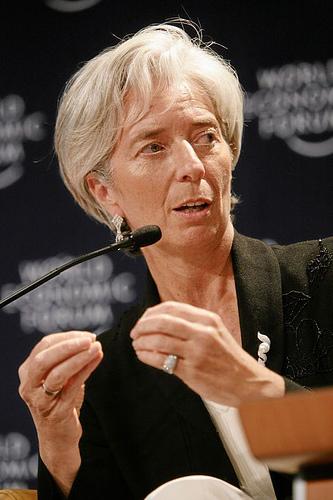 Europeans Must Pay to Head IMF 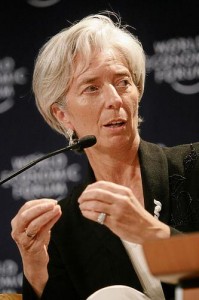 The probability that the next IMF managing director will be yet another European provides an unpleasant lesson about the current state of international affairs. The leading emerging market and developing countries may have gained greater access to the key global economic governance policy-making forums, but they do not yet have the organization or the economic power to prevent the G7 from enforcing their will on international economic matters of most interest to them.

When Dominique Strauss-Kahn became the head of the IMF in 2007, European leaders acknowledged that the “gentlemen’s agreement” that ensured that the IMF is always led by a European and the Bank by an American was an anachronism. They suggested that he would be the last European to head the organization. Soon afterwards they solemnly promised in a G20 summit communiqué that future heads of the IMF and World Bank would be selected in transparent procedures and on the basis of merit.

Of course, that was before the Europeans needed the IMF’s help to resolve their current sovereign debt problems. Unsurprisingly they have now decided that they want a European IMF managing director and have moved quickly to achieve this objective. Shrewdly, they have based their support for their candidate, French Finance Minister Christine Lagarde, on her experience and her performance in her current position. They have stressed that European states are currently the largest clients of the IMF. And they have made much of Lagarde becoming the first woman to head a major international organization. There has been no mention of the “gentlemen’s agreement.”

Nevertheless, the Europeans are working to maintain their old prerogatives—and they are very likely to succeed. The European Union has 32 percent of the total IMF vote. Thus, to elect Lagarde they only need another 18.1 percent of the total vote. Ultimately, the other G7 members are likely to support their European colleagues—and the votes of the United States (16.8 percent) and Japan (6.25 percent) alone are sufficient to ensure a French victory. The Europeans will likely work to garner support from some African, Asian, and Latin American countries as well.

The speed with which the Europeans rallied around a single candidate is impressive. It offers an important lesson to the emerging powers.

Brazil, Russia, India, and China (the BRICs), together with other G20 developing country allies such as Mexico, Turkey, Argentina, and Indonesia, can only achieve their objectives – such as substantially changing the governance of the IMF and the World Bank – if they develop mechanisms to quickly reach and implement agreements on significant global economic governance matters. The importance of such cooperation can be seen in the history of the Special Drawing Right, the currency created by the IMF. When the SDR was created, the participating developing countries all agreed it should have a developmental purpose but disagreed on what that purpose should be. As a result, the rich countries got what they wanted: an SDR without any specific developmental purpose.

The Europeans’ effort to foist their candidate onto the IMF creates an opportunity. They can be forced to pay a price for their hypocrisy. Already, Christine Lagarde has offered to include more citizens from developing countries in her senior IMF management team. This is merely her opening bid for electoral support. We should insist on a higher price that includes both IMF governance reforms and support for innovative financing for development. The governance reforms should include publicly available performance criteria for the IMF managing director that can be used to hold her accountable and more effective channels for developing country input into IMF policy discussions. The innovative financing options could include a firm European commitment to transfer their SDR allocations to support a climate mitigation and adaptation fund for developing countries, support for financial transaction taxes dedicated to a specified development purpose, and support for efforts to promote financial inclusion in developing countries.

It is probably too late to block the shameless efforts of the Europeans to preserve their prerogatives in the IMF. But there is still time to show them that the cost of doing so has risen – possibly high enough even to convince them to accept real reform of the IMF.

Daniel D. BradlowDaniel Bradlow is a contributor to Foreign Policy In Focus, a professor of international development law and African economic relations at the University of Pretoria, and a law professor at American University Washington College of Law. He can be reached at danny.bradlow@up.ac.za