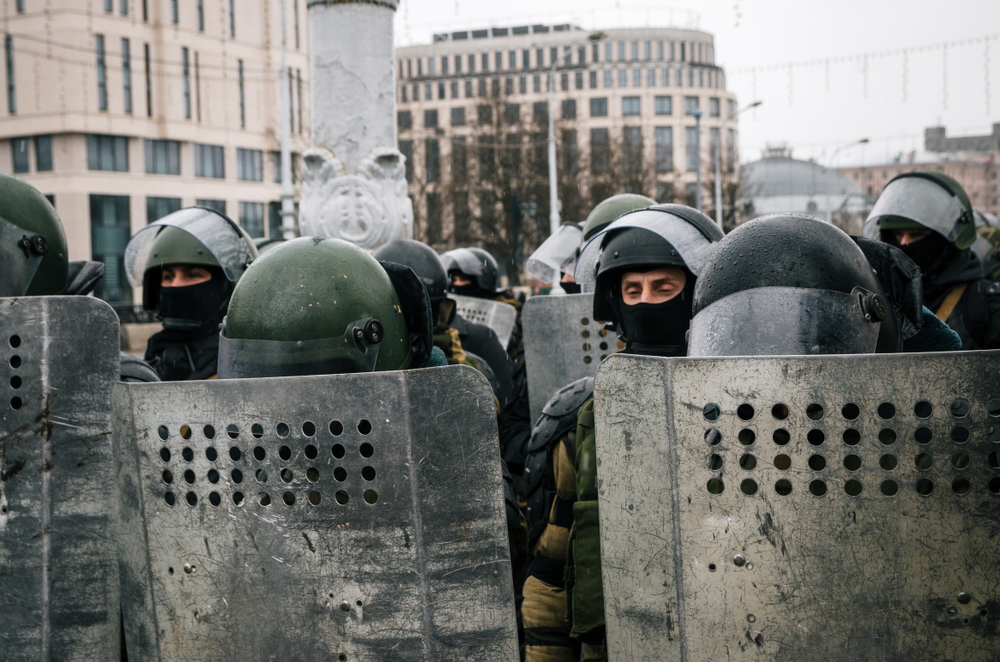 ‘Europe’s Last Dictator’ May Have Been Ahead of His Time, Not Behind It

From Europe to the United States, creative coalitions of activists and scholars could break the right-wing wave unleashed by the failures of the more traditional liberal-neoconservative political class.
By Ryan Michael Kehoe | December 4, 2018

Alexander Lukashenko, the authoritarian president of Belarus since 1994, has consistently confounded analysts and critics both domestically and internationally regarding his ability to maintain power in Minsk and to resist persistent political and economic pressures from abroad.

Once dismissed as an anachronism and referred to as “Europe’s last dictator,” Lukashenko maintains an iron grip on the Belarusian presidency. More importantly, his model of what Yuri Kofner, the pro-Putin founder and director of the Center for Eurasian Studies, refers to as “Eurasian authoritarian liberalism” seems to have found vindication in the phenomenon of so-called “illiberal democracy.”

Given the recent electoral successes of such parties and personalities in Hungary, the Philippines, Turkey, Brazil and, to some observers, the United States, a reexamination of how foreign policy professionals and on-the-ground activists might confront this development is more necessary than ever.

This distressing contemporary trend in the mode of governance in some countries and regions is aptly summarized by Mykhailo Minakov in a recent blog post for the Wilson Center. Minakov argues that “together with Turkey, a newly authoritarian and repressive state in southeastern Europe, the authoritarian belt in Europe’s East manifests a bleak geopolitical reality characterized by disregard for EU borders, international order, and liberal democracy. Illiberalism and patronalism are contagious and pose a risk of spreading to other Eastern and Central European countries.”

It is a somewhat pessimistic assessment to be sure, noting the failures of early attempts to more optimistically imagine how societies can transition out of authoritarian or totalitarian pasts. It forces us to think more critically on both the theoretical and practical level about how this trend toward illiberalism came to pass in the first place — and how it might be disrupted.

What many current populist autocrats have accomplished, much like Lukashenko, is the successful manipulation of the machinery of democracy to ensure continued electoral success for their respective parties and a fundamental re-articulation of the political landscape.

In Belarus, it is Lukashenko’s promise of stability over prosperity, a continuation with the Soviet era which provides a counterpoint to the uncertainty, if not perceived chaos, of the transition out of communism experienced in other countries in Eastern Europe. One need only consider the continuing existence of Soviet-style collective farms and the still powerful Ministry of the Interior and KGB in Belarus to see that not much has changed in Minsk since 1991.

Many autocrats around the globe exploit some variation of this sort of nostalgic utopianism, with its attendant appeal to a mythical, idealized history. Moreover, by tapping into certain cultural anxieties regarding immigration, terrorism, and exceptionalism, among other abstractions, these leaders have been able to ride populist waves to power in various corners of the globe.

High rates of unemployment, economic hardship, social perceptions of crime and violence, and a host of other issues are used as evidence by the autocrats of the failures of competitive democracy. Also of grave concern is the kind of economic policies these leaders advocate; the rhetoric and solutions they suggest, at times decidedly anti-socialist, protectionist, and conspiratorial, is eerily reminiscent both in tone and substance to the kinds of right-wing corporatism pursued by fascist states in the early 20th century.

The most pressing question becomes, then, what is to be done?

Jack London, the prolific author and socialist activist, long ago suggested the necessity to meet state power with revolutionary violence. This strategy, however, merely allows those in power to dictate the terms and conditions of the debate. A fundamental danger with this approach, as Joshua Kurlantzick observes in a recent article for the Washington Post, is “citizens who lose faith in democracy and turn to antidemocratic tactics to oust populist leaders grease the slide toward permanent authoritarianism.”

Perhaps more constructively we can consider Stephen Walt’s argument for the need for new foreign policy ideas that transcend the traditional “loose alliance of liberal interventionists and hawkish neoconservatives.” Speculating as to the potentially positive and transformative influence of democratic socialists and libertarians on outmoded ways of thinking about the confluence between foreign policy and activism, Walt’s essay is a proverbial breath of fresh air. It opens up new spaces for those of us concerned by the dangerous trends discussed above to think about the application of novel and innovative concepts, ideas, and theories to engage with and work to subvert a slide toward illiberalism.

One of the most important works to emerge from the current political situation is historian Timothy Snyder’s On Tyranny: Twenty Lessons from the Twentieth Century. Snyder states that some of the most effective tactics for undermining the tendency toward authoritarianism can include joining community organizations and civil society groups, reading more books, and even simply saying hello to strangers on the train or bus.

What this really means is establishing what both socialists and libertarians refer to as “counterpower.” In other words, this would be the determined and purposeful pursuit of new forms of social arrangements and networks that operate alongside and outside of traditional institutions and practices.

Ultimately, Snyder’s slim volume gestures toward putting into practice ideas developed by leftist academics like Fredric Jameson and libertarian philosophers like Robert Nozick. By working to shrink the age-old theory vs. practice divide, by becoming more active, more engaged, more curious, we only increase our collective sense of empathy and a notion of community that while it might start local, gradually becomes more global in orientation.

And maybe, then, this can be the start of the successful stifling of the echo Lukashenko’s last laugh.

Foreign Policy In Focus columnist Ryan Michael Kehoe has a Master’s degree in English Language and  Literature from Rice University and has received awards for teaching and research from the University of Wisconsin-Milwaukee, the University of Maryland, and Rice.