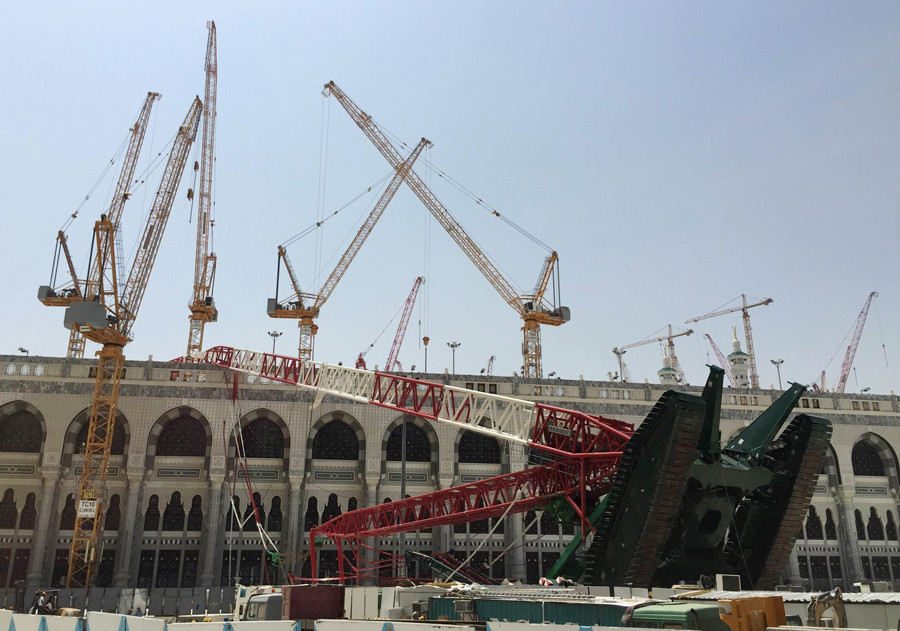 Wahhabi missionary work is a result of efforts by the House of Saud to appease religious leaders. (Photo: Russia Today)

Why Exactly Does Saudi Arabia Fund the Spread of Wahhabism?

How did Saudi Arabia end up funding the building of mosques and madrasas around the world?
By Russ Wellen | May 31, 2016

Many in the West may be unaware of the significance of an event in Saudi Arabian history for the rest of the world. In an article titled Saudia Arabia and Iran: The Cold War of Islam (sic – the “i” in Saudia still stands two weeks after the article was posted), Spiegel International reports that in November of 1979, the same year as the Iranian revolution

…Sunni terrorists seized the Grand Mosque in Mecca and took thousands of pilgrims hostage. Their leader came from the heart of Saudi Arabia and claimed to be the Mahdi, or redeemer — and he called for the overthrow of the king. The royal family saw little choice but to call for assistance from French special forces — infidels — to liberate the mosque.

One effect: “The House of Saud was humiliated, particularly in front of its own religious establishment.” How did it attempt to restore its status?

… the princes sought to cleanse themselves by beginning to send billions in oil money to radical preachers — preachers who then carried Wahhabism, the most strict and unforgiving form of Islam, around the world.

As such, 1979 didn’t just mark the year when the export of the “Islamic Revolution” began … [it] was also when Saudi Arabia began planting the seeds of Sunni extremism, the bitter fruits of which are still being harvested today in the lawless valleys of Pakistan, in Raqqa, the capital of Islamic State, and also in the West, in the heads of confused young men. And in the kingdom itself: Now, Sunni extremism is even threatening the country where it was once spawned.

By now, the Der Spiegel team really means, in light of the 1979 attack on the Grand Mosque and subsequent incidents over the years, once again.