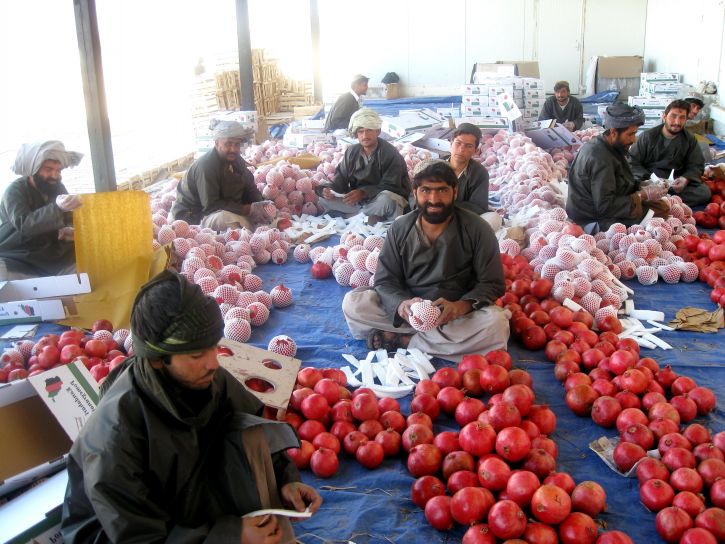 Failing Afghanistan and the World

It's not too late for the United States to help get Afghanistan back on its feet.
By Ed Corcoran | May 10, 2016

The distressing security situation in Afghanistan is a direct result of the American failure to promote economic development and stabilization, despite 14 years of “support” and perhaps a trillion dollars. Years of misguided efforts heavily emphasized military operations and badly neglected underlying socio-economic factors. In hindsight, the bias against nation-building in the aftermath of removing the Taliban government was a strategic blunder. Instead of stabilizing Afghanistan, the United States turned and destabilized Iraq, helping bring turmoil to the entire region. Promoting stability in Afghanistan remains an important task for the United States, but its effort has been badly organized. Now, at a critical time for the nation, Washington lacks any overall direction. No one is in charge.

The deteriorating security situation is undermining any expectation that everyday Afghans had of a positive future, motivating thousands of them to flee, helping to create a refugee crisis that is undermining European stability. The United States bears a significant responsibility for this and needs to work with its European allies to address the situation. In this regard, Afghanistan is important as a demonstration of US commitments, to show the entire world that the United States stands with the people who have supported its efforts and that it can indeed provide long-term commitments.

But the challenge is much wider than Afghanistan. The United States faces an entirely new type of threat to its security and well being, namely that global turmoil will disrupt the economic network on which the US economy, and ultimately its own prosperity and stability, depends. The deteriorating world situation, with the Islamic State (ISIS or IS) at the extreme, is stressing Western society in general, including the United States. Addressing this larger crisis requires the United States work with regional states, its own allies and international organizations to promote global development.

The challenge of radical Islam is a direct result of the failure to demonstrate the potential of basic American values (freedom, equality, democracy) to lead to peaceful and prosperous lives, to inspire the youth of the region. In fact, American involvement in Afghanistan, if anything, has demonstrated the opposite, that American values lead to corruption, poverty, and insecurity. This failure is not only undermining efforts in Afghanistan. It has inspired an anti-Western movement that serves as a foundation for radical Islamic propaganda. The IS alternative rejects Western values as hollow and empty and appeals to a regional youth bulge that is both frustrated and adrift. This strongly anti-Western ideology gets wide support, even within Western societies despite its extreme brutality.

Afghanistan should be at the center of a U.S. effort to create a more stable and sustainable world. Toward this end, the United States needs to support the Afghan security sector, and indeed there is much discussion on troop levels, combat support, and security force training. But the United States is once again slighting nation-building, even though this is at the core of the IS appeal. Of course, the United States cannot build some one else’s nation. But it can certainly assist, as the earlier experiences of Western Europe and South Korea attest.

True, building in the midst of active military conflict is difficult. But there are areas of the country that are relatively quiet and have strong local leadership, areas where focused efforts on agricultural development could bring real improvements. Provincial development programs could do much to undermine the negative message of the Taliban and IS and provide Afghans a view of a positive future. Potential areas of development could certainly include:

The central challenge is not how to shift from military to economic efforts, but how to conduct both simultaneously, emphasizing security in the more unsettled areas and development in the stabler ones, as well as promoting regional economic and political ties. The United States cannot rely on its military leadership to do this. Indeed, that is a main reason for the poor performance to date: regional ties were neglected and economic efforts were primarily designed to support military operations. The largest economic outreach to US business was by the Task Force for Business and Stability Operations, located in the Pentagon. It has since been deactivated and roundly criticized by the Special Inspector General for Afghanistan Reconstruction. Other development efforts, particularly by the US Agency for International Development, were underfunded and fragmentary.

These development efforts need to be energized, not just to help stabilize Afghanistan, but to demonstrate an American capability to help bring backward states into the modern world. If the United States can show how to build a thriving, prosperous, Islamic society, then radical Islamic movements will collapse under their own weight.

These efforts need to be set into a broader, overall concept of activities in Afghanistan. The most basic requirement is to establish an office responsible for developing an overall plan of operations, a strategy for Afghan stability. Such an office can coordinate the efforts of various agencies involved. It can orchestrate the actions of disparate elements to harmonize into productive and fruitful results. The Obama administration not only needs to establish such an office. It needs, at long last, to put someone in charge.