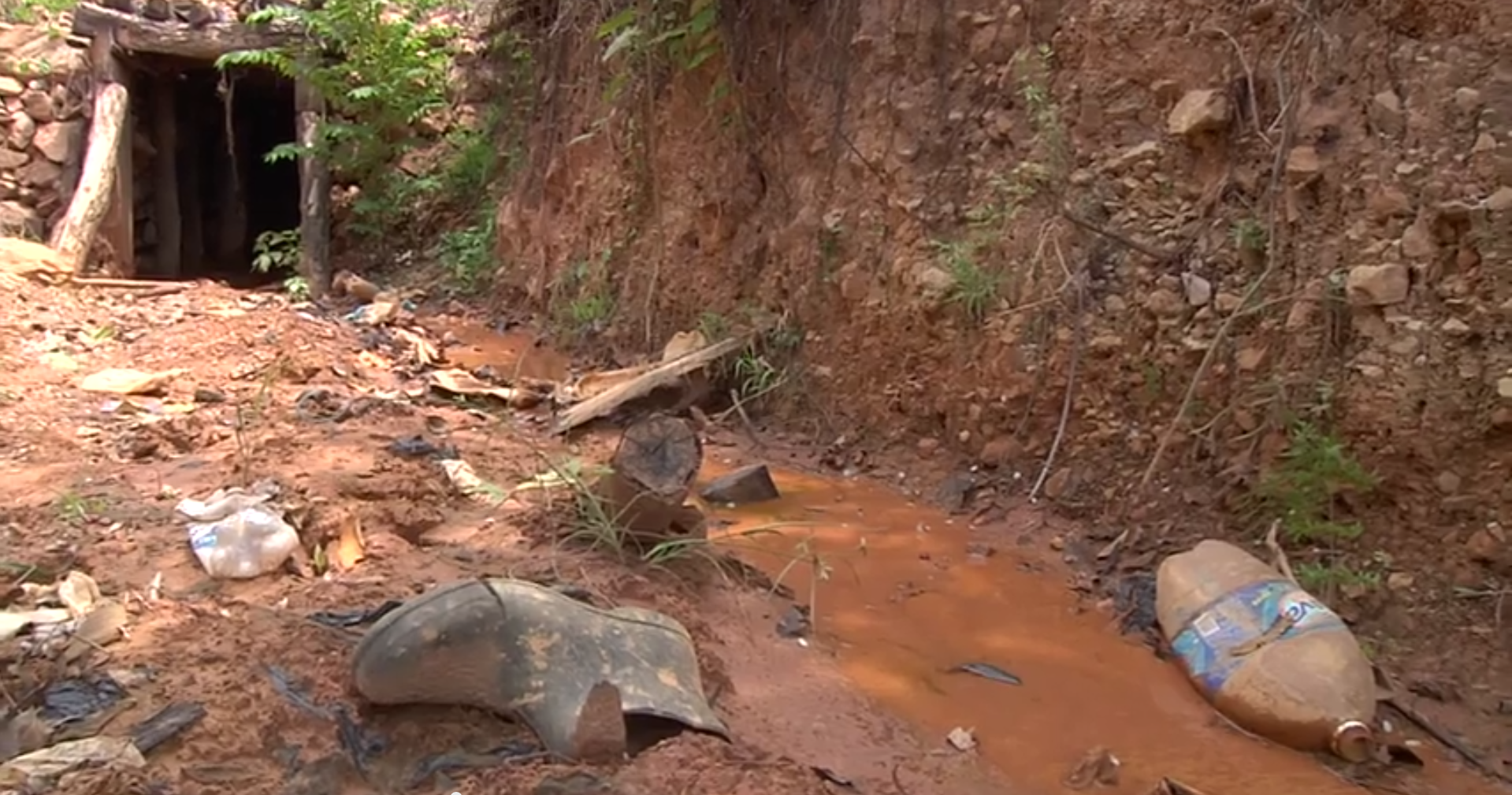 Polluted water and garbage litters an abandoned mine in El Salvador. Salvadoran communities have fought back a multinational firm's plans to mine gold in the watershed of the Lempa River, which supplies drinking water to nearly 70 percent of the country. (Photo: Gold or Water?)

Gold-digging multinationals are fueling political violence and environmental devastation in El Salvador, but communities are fighting back.
By Julia Paley | June 25, 2014

Those words, spoken by the president of a rural grassroots organization, capture the intensity and urgency of the struggle against mining in El Salvador.

Mining has reaped devastating consequences in El Salvador. Toxins from mining operations have made 90 percent of El Salvador’s water undrinkable. Lung and kidney diseases run rampant among miners. Community leaders and activists who resist are hounded and cut down.

The 15-minute documentary Gold or Water: The Struggle Against Metallic Mining in El Salvador dramatically illustrates Salvadorans’ passionate efforts to ward off mining from aggressive multinational firms. You can watch it in full here:

The film focuses on the fight against Pacific Rim, a Canadian/Australian company that seeks to extract gold near the head of the Lempa River, from which nearly 70 percent of El Salvadorans get their water. Opposition is so strong that two successive governments have declared a moratorium on metallic mining. Over 62 percent of the population supports a permanent ban.

That kind of decisive “no” should be all it takes to send Pacific Rim packing. Instead, after a failed attempt to claim damages under the Central American Free Trade Agreement (or CAFTA, to which Canada is not a party), Pacific Rim is suing El Salvador under a now-outdated Salvadoran trade law for over $300 million. The company claims that El Salvador needs to compensate it both for the costs of initial investments and for the profits it would have made had it been allowed to mine.

Remarkably, these kinds of “investor-state” lawsuits, which protect the rights of corporations at the expense of countries and their citizens, are now standard features in so-called “free trade” agreements.

The case will be heard not in El Salvador but at the International Center for Settlement of Investment Disputes (ICSID)—a special court at the World Bank, which is totally unaccountable to the El Salvadorans whose access to drinking water hangs in the balance. Over 300 organizations have signed a letter protesting Pacific Rim, urging the World Bank to hold public hearings that would allow those most affected by mining to explain the harm it does.

Mining may be death, but water is life. Precisely because the stakes are so high, people have mobilized powerfully to defend their right to water—and their right to make decisions for themselves.

Worldwide protests will take place in September. Organizations that would like to sign the letter to the World Bank may do so here. To stay informed about future actions, check in regularly at the website of the International Allies Against Mining in El Salvador.

Julia Paley is the associate editor of Foreign Policy In Focus.