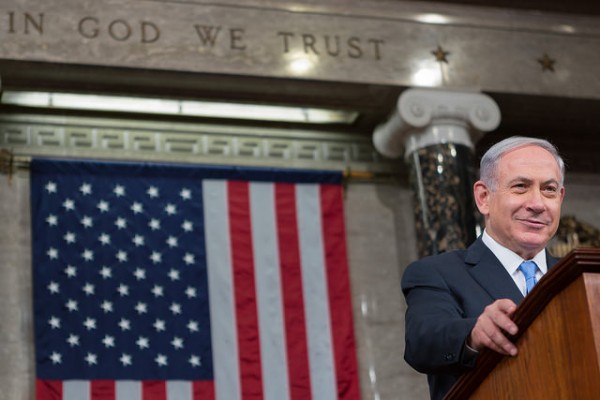 Footing the Bill While Israel Thumbs Its Nose

This commentary is a joint publication of Foreign Policy In Focus and OtherWords.org.

It’s tax season again. How about a little accounting?

Every year, Washington sends $3.1 billion of taxpayers’ hard-earned money to Israel. It’s only fair to ask what Americans are getting in return.

Israeli Prime Minister Benjamin Netanyahu is busy badmouthing the tentative nuclear deal with Iran, a major diplomatic achievement for the United States. And a few weeks ago, he declared his opposition to a Palestinian state, a longstanding U.S. priority.

Bibi has tried hard to sabotage President Barack Obama’s efforts to head off another Middle East war. He didn’t just give a speech to Congress against the negotiations. According to a Wall Street Journal report, Israel also spied on the nuclear talks and spoon-fed bits of out-of-context innuendo to Obama’s GOP foes.

It’s not big news that friendly countries snoop on one another. The Obama administration is guilty of this practice, too. But using the intelligence to meddle in your ally’s domestic politics is beyond the pale.

Netanyahu’s subsequent campaign pledge to reject Palestinian statehood flew in the face of not only his previous (if grudging) acceptance of a two-state solution, but also decades of stated U.S. policy.

Don’t take my word for it.

When President George W. Bush signed off on Israel’s $3-billion-a-year aid package several years ago, State Department official Nicholas Burns called the funds “an investment in peace” and in “the creation of an independent Palestinian state.”

Obama now says it’s “hard to envision” how the United States can broker peace between Israel and the Palestinians if the stronger side — Israel — doesn’t want it. There have been intimations from the White House that Washington won’t automatically side with Israel at the UN Security Council any longer.

In response, Netanyahu tried to walk back his electioneering bluster.

But he’s still campaigning against the nuclear accord with Iran. And he looks likely to form a coalition government of right-wing parties that will thwart a two-state solution to the Israeli-Palestinian conflict in word and deed.

Maybe it’s because in the same breath as its jabs at Netanyahu, the White House promises to keep dropping that $3-billion chunk of taxpayer change into Israel’s coffers.

Last year, that money constituted more than half of all U.S. military aid worldwide — and nearly a quarter of Israel’s arms budget. This boodle forms the core of the U.S.-Israeli “special relationship.” And as long as the White House considers it sacrosanct, Israel won’t take U.S. criticism seriously.

Want to see if Israel will halt the construction of Israeli settlers’ homes and shopping malls in occupied Palestinian land? Or stop its attempts to thwart the peace process with Iran? Put that military aid on the chopping block.

If Israel thumbs its nose, as it very well might, then at least Americans will no longer be footing the bill. It’s scandalous that we’ve kept this up for so long.