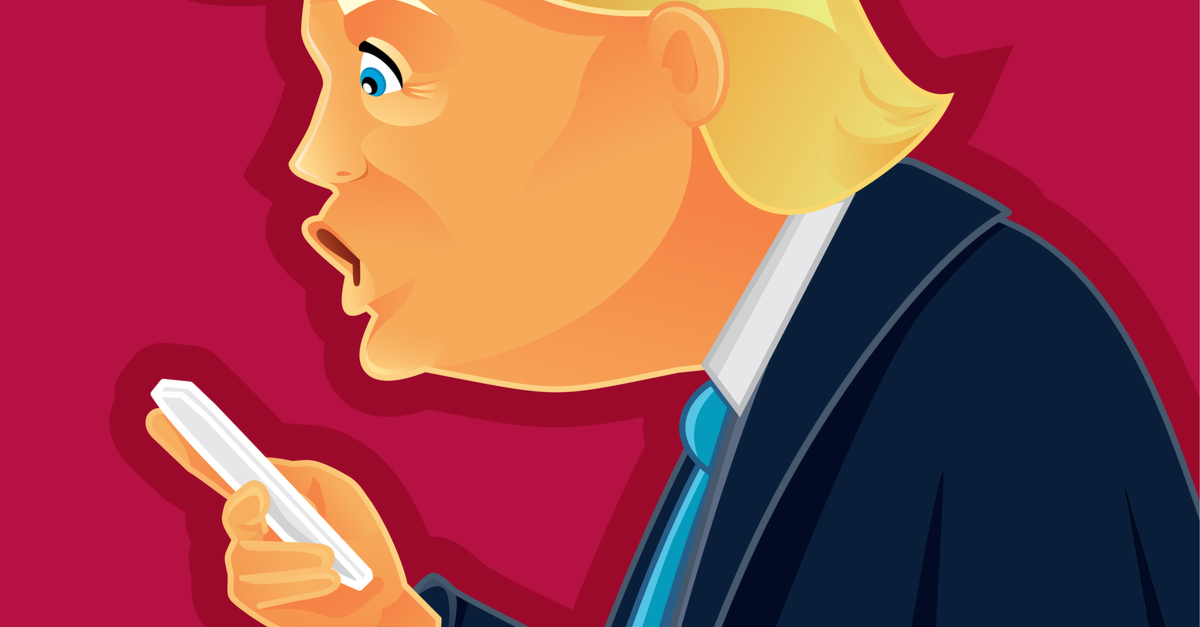 Trump has been enlisting foreign leaders in his fight against the U.S. state. Is impeachment a moral necessity or political trap?
By John Feffer | September 25, 2019

A month after he won the 2016 presidential election, Donald Trump gave a speech in North Carolina where he declared that “we will stop racing to topple foreign regimes that we know nothing about, that we shouldn’t be involved with.”

It’s still commonplace for foreign policy analysts of the left, right, and center to distinguish Trump from his predecessors by pointing out that he hasn’t pursued the regime-policies of either neoconservatives or liberal internationalists. After all, there’s been no Iraq or Libya on Trump’s watch.

True, Trump has no beef against dictators who write him “beautiful” letters, so regime change is off the table for the time being with North Korea. But Trump developed a specific animus against Nicolas Maduro of Venezuela and did what he could to push him out of office. First, Trump talked about the military option. Then he ratcheted up sanctions against the country. Finally, he supported what might have been a coup if the plotters hadn’t made such a mess of it.

With Iran, the regime-change policy has been both subtler and more aggressive. Rather than encourage a coup within the country, Trump has developed a variety of different strategies to squeeze the regime.

First, he withdrew from the Iran nuclear deal (over the objections of a number of his key advisors). Then he imposed ever-more punitive sanctions on the country and pressed hard against nations that continued to import energy from Tehran. Finally, he has continued to stand by Saudi Arabia as it seeks to destabilize Iran.

So far, Trump hasn’t sent in the soldiers. But the goal of the administration remains the same.

Of course, Trump denies that regime change is his objective. But it doesn’t really matter what Trump says. His rhetoric floats above reality like smog over a city.

Rather than debate the finer points of Trump’s objectives — which change from day to day, perhaps minute to minute — let’s reverse the lens. If it’s difficult to determine precisely what Trump’s intentions are toward countries he knows nothing about, it’s much easier to figure out what Trump wants to do in the one country he does know something about.

Trump wants regime change in the United States. He’s not interested in changing the leadership in the White House, as long as he’s occupying the Oval Office. But he does want to change the very nature of the government.

Fox News and others love to talk about a “coup” by a “deep state” desperate to remove Trump from power. It’s but one more example of the radical right projecting its covert hopes and fears onto its adversaries.

The coup is real. But it’s all about Trump transforming American governance from within and expanding executive power to the max. It’s not Trump vs. the “deep state.” It’s Trump vs. the state, full stop.

Incredibly, Trump has been busy enlisting the services of foreign leaders who can help make that happen. And it’s this malfeasance — on top of his other crimes — that has now driven Nancy Pelosi and the Democrats to attempt a regime change of their own.

From Norway to Ukraine

Trump has flouted U.S. rules and regulations, relying on the incorrigible American love of outlaws to maintain his political base. The publication of the Mueller report, which detailed the wrongdoing of the Trump campaign and its connections to Russia, should have made the president think twice about once again enlisting the services of a foreign government to improve his own electoral chances.

But when asked by ABC’s George Stephanopoulos on June 13, Trump responded, “If somebody called from a country, Norway, ‘We have information on your opponent,’ oh, I think I’d want to hear it…It’s not an interference, they have information — I think I’d take it.” Federal law, of course, prohibits the solicitation of anything of value from a foreign government in connection with an election.

The next month, Trump flipped the script. Instead of a foreign leader phoning in with a juicy morsel of information, Trump himself was trying to extract the intel from an unwilling or at least uncomfortable interlocutor. In a phone call with Volodymyr Zelensky, Trump reportedly pressured the Ukrainian president to initiate a corruption investigation into the business dealings of Hunter Biden, Joe Biden’s son.

Someone in the intelligence community who listened in on the phone call — and possibly Trump’s other communications with foreign leaders — decided that the president crossed a line. This person blew the whistle, which is how the phone call came to public notice.

Trump admits that he talked about Biden with the Ukrainian leader. He even admits that he put a hold on U.S. military aid to Ukraine prior to the phone call. But Trump denies any wrongdoing, including any hint that U.S. aid would stop flowing if Zelensky didn’t comply with the request.

Trump, as usual, has tried to turn the tables by accusing both Joe Biden and his son of impropriety. Hunter Biden had served on the board of a large Ukrainian natural-gas company, Burisma, while his father was vice president.

Although there is no evidence that Hunter Biden’s position affected Obama administration policy toward Ukraine, that hasn’t prevented Trump’s attack dog, Rudy Giuliani, from trying to manufacture such a connection. In 2018, Giuliani started building a case that Biden pressured the Ukrainian government to fire its prosecutor general Viktor Shokin because he was investigating Hunter Biden and Burisma’s co-founder Mykola Zlochevsky.

As Adam Entous explains in The New Yorker:

There is no credible evidence that Biden sought Shokin’s removal in order to protect Hunter. According to Amos Hochstein, the Obama Administration’s special envoy for energy policy, Shokin was removed because of concerns by the International Monetary Fund, the European Union, and the U.S. government that he wasn’t pursuing corruption investigations. Contrary to the assertions that Shokin was fired because he was investigating Burisma and Zlochevsky, Hochstein said, “many of us in the U.S. government believed that Shokin was the one protecting Zlochevsky.”

Facts be damned, Republican supporters of Trump are scrambling to get ahead of the scandal. The top Republican on the House Intelligence Committee, Devin Nunes (R-CA), reading the old cue cards from Russiagate, immediately blamed everything on Hillary Clinton and the opposition research she’d dug up on Hunter Biden’s Ukrainian connections to counter his father’s possible presidential candidacy in 2016. Senator Lindsey Graham (R-SC) urged Trump to release a transcript of the phone conversation because he’s convinced that it will exonerate Trump.

It’s not the scandal itself that reveals Trump’s executive overreach. It’s his blithe disregard of all rules in his quest for absolute power. He simply refuses to be handcuffed (literally and figuratively).

In a democracy, the state — its checks-and-balances, its bureaucracy — is the box that contains any potential autocrats. The Republican Party adopted its anti-statist philosophy largely to benefit businesses and the wealthy. Trump has a different agenda. He’s against the American state largely to benefit himself.

The Siren Call of Impeachment

The Democrats have been in a quandary since practically day one of the Trump administration.

Here was a president whose crimes and misdemeanors preceded his assumption of office. But for the first two years of Trump’s term, the Democrats were a minority in both houses of Congress. After 2018, they controlled the House, which meant that they could launch a series of investigations that the president and his team have stonewalled. Because the Senate remains in Republican hands, impeachment continues to be a long shot.

And yet, Trump continues to act with impunity. So, the Ukraine call has emerged as the proverbial line in the sand. A number of prominent Democrats threatened to proceed with impeachment if Trump didn’t disclose the full contents of his call with Zelensky. Some otherwise centrist Democrats, like Dean Phillips of Minnesota and Abigail Spanberger of Virginia, joined the bandwagon.

Trump backed down by promising to release both a transcript of his phone call with Zelensky and the whistleblower’s complaint. But Pelosi decided on Tuesday to press forward with an impeachment inquiry nonetheless. Right now, it looks as though the impeachment inquiry will focus only on the Ukraine matter rather than the other obstruction and financial issues that congressional committees are investigating.

Impeachment of Trump, at this point, is both a legal and moral necessity. It’s also very likely a political trap.

Trump relishes the role of an underdog, persecuted by the powerful. It’s what enables him to connect to a political base that, aside from his deep-pocket funders, feels disempowered by a rigged economy and a sclerotic political system. Impeachment, for this constituency, vindicates the narrative of the “deep state.”

Indeed, it suggests that the entire state is out to get Trump – which it is and should. But impeachment is the only thing that can turn the most powerful man in the world into a cornered victim and thus, for a significant number of American voters, a sympathetic character.

Even better for Trump if impeachment hinges on this particular scandal. The rough transcript of the phone call, released on Wednesday, does not exonerate the president. It demonstrates that he brought up the Bidens as part of an implied offer of greater assistance to Ukraine. But it’s not a slam-dunk either, since there was no specific quid pro quo. A more comprehensive transcript as well as the whistleblower’s full complaint might provide more details. But inevitably there will be room for interpretation, and Trump will drive the bulldozer of his reelection campaign right through that gap.

Public opinion, at this early juncture, is against impeachment. According to a Quinnipiac poll released on Wednesday morning, which doesn’t reflect the events of the last few days, shows that 37 percent of Americans favor impeachment and 57 percent are opposed. Virtually no Republicans support impeachment.

Yet, if the Dems had continued to equivocate, they would have appeared weak and lacking the leadership necessary to govern the country. Appeasing Trump is not a good election strategy.

At a rally last year, Biden said of Trump, “If we were in high school, I’d take him behind the gym and beat the hell out of him.” Trump responded by tweet: “He doesn’t know me, but he would go down fast and hard, crying all the way.”

So, let Trump and Biden fight a battle royal, just the two of them out back of the White House. If the country gets lucky, they’ll knock each other out — and out of the running for 2020. It would be a gift of regime change for both political parties. And maybe someone who’s not so punchdrunk will occupy the Oval Office in 2021.