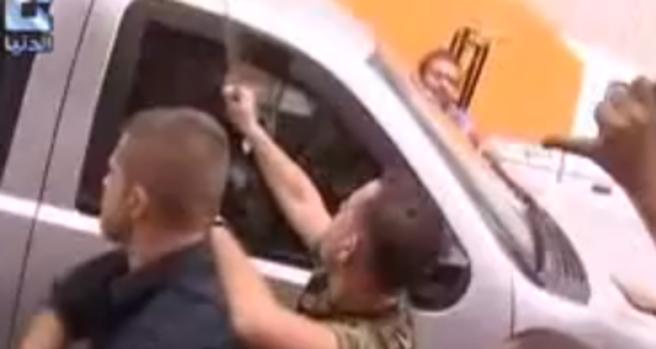 Ford Confirmation: Too Little, Too Late

Washington's poor response to the Arab Spring has severely damaged its ability to mediate the situation in Syria.
By Samer Araabi | October 18, 2011 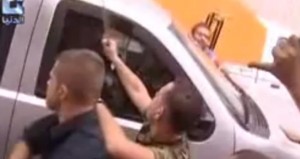 In early October, Senate Republicans reversed a yearlong policy of deflection and unanimously confirmed Robert Ford as the U.S. ambassador to Syria. Though Ford has served in the post since his recess appointment by President Obama in early 2010, Republicans had balked at the idea of “rewarding” the Syrian government with the presence of an official U.S. ambassador, a position that had previously remained unfilled since the assassination of Lebanese Prime Minister Rafik Al-Hariri in 2005. Since the Syrian uprising began earlier this year, Ford has been a persistent and vocal supporter of the opposition, and has issued a number of scathing indictments against the regime of Bashar Al-Assad.

His confirmation – and its implications for the prioritization of diplomatic channels – is doubtless a positive development, especially after nearly a decade of Washington’s schoolyard policy of ignoring its opponents. Ford’s vantage point from inside Syria has provided Washington with unprecedented access to the uprising and its instigators, information that would have likely been unobtainable without his direct and visible presence. Furthermore, Ford’s unabashed support for the opposition has doubtless been an encouragement to a movement that is slowly losing momentum.

However, general U.S. policy toward the Middle East still fatally undermines any support Ford may give to Syria’s struggling revolutionaries. The United States has simply been too tainted by its handling of the other Arab Spring revolutions, especially in Bahrain and Yemen. In this context, the ambassador’s actions in many ways actually benefit the Syrian regime, rather than the opposition.

Videos abound of Ambassador Ford observing anti-Assad demonstrations, attending funerals for slain activists, and even inciting spontaneous rallies merely by his presence, demonstrating that the domestic Syrian opposition does value U.S. attention. However, equally prevalent are the videos of Syrian mobs attacking Ford’s diplomatic convoys, and of angry Damascenes pelting the ambassador with eggs and tomatoes while hurling insults at the U.S. government. Many take it for granted that these attacks are staged by the Syrian government, but as with most things pertaining to the Syrian uprising, the truth is far more complex.

Though the Syrian regime is certainly attempting to discredit Robert Ford and malign Washington’s ostensible support for the uprising, Syrians have no shortage of other reasons to be angry. U.S. claims of support for the revolution have not been matched by any substantive shifts in policy, which have focused instead on tightening inefficient and collectively harmful sanctions.

In addition, policymakers have also tacitly endorsed a small of number of Syrian expats who have styled themselves as leaders of the uprising, despite enjoying virtually no domestic support in Syria itself. Several prominent opposition figures in Syria have roundly condemned expat leaders such as Radwan Ziadeh, not only for his tendency to make unrepresentative claims and utter occasional factual inaccuracies, but also for his dealings with the U.S. government. Even Robert Ford himself has a dubious history in the Middle East, particularly in his capacity as a political affairs adviser to the Coalition Provisional Authority in Iraq in 2004.

Though these factors have certainly eroded the legitimacy of the United States in Syria, it is U.S. policy toward the Arab Spring in general that has fatally undermined its ability to affect change in Syria.

The United States has demonstrated a callous lack of regard for the democratic aspirations of citizens in “friendly” states. Washington’s words about Syria tend to ring hollow, for example, while it selectively ignores the bloodshed in Yemen and Bahrain, where protestors continue to battle security forces even in the face of massive casualties. Clashes in other U.S.-friendly states, such as Jordan, Saudi Arabia, and even Kuwait, have effectively been ignored altogether. As’ad Abu-Khalil, proprietor of the popular Angry Arab News Service, pointedly asked, “Since the U.S. ambassador in Syria is making a point of visiting protesters, will the U.S. ambassador in Saudi Arabia be ordered by his superiors at State Department to visit the protesters in Saudi Arabia? Will he take flowers to the victims of beheadings in Riyadh?” Under such circumstances, popular anger in Syria at the U.S. ambassador is hardly surprising, and although it unfortunately feeds into the narrative of the regime, it is not necessarily an entirely scripted affair.

The lesson of Ford’s nomination is therefore twofold. First, the presence of diplomatic personnel should never be considered a “gift” to bestow on friendly states, but instead a fundamental component of any smart international strategy. The opportunities for dialogue and communication generated by such positions can be invaluable for preventing bloodshed, bridging disparate interests, and empowering popular movements.

Such benefits, however, are qualified by the broader policy framework in which any diplomat must operate, a framework that determines the legitimacy—and by extension, the efficacy—of state personnel. No foreign policy decisions occur in a vacuum. Washington’s poor response to the Arab Spring has severely damaged its ability to mediate the situation in Syria, and though the presence of Ford might be helpful, the government he represents must prove itself worthy of being heard.

Samer AraabiSamer Araabi is a contributor to Foreign Policy In Focus.